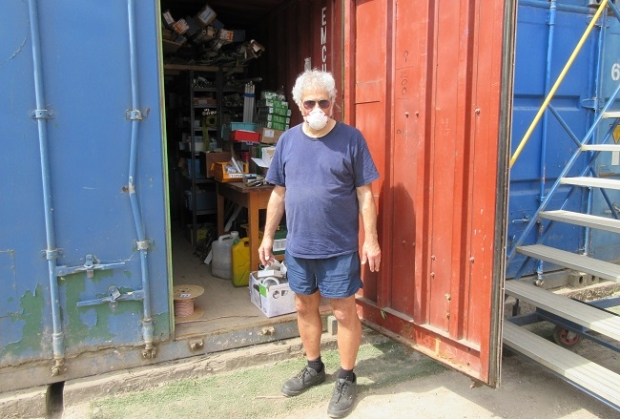 Nick Bove, electrical contractor
Scores of small businesses and traders who store goods, tools and equipment in a container yard claim their future has been totally overlooked and ignored by Transport for London in the plan to build 292 flats on land around High Barnet tube station.

Container Safe Ltd, which rents out 120 self-storage containers in the former station coal yard, intends to join other objectors in opposing the plan once TfL submits a planning application to Barnet Council, possibly in mid-June.
A campaign group objecting to the proposed development – Hands Off High Barnet! – has already enrolled 800 supporters and attracted over 2,500 signatures for an online petition protesting at the density of high-rise flats and loss of most of the car park.
Among the traders complaining about the lack of warning or consultation is High Barnet electrical contractor Nick Bove who keeps tools and equipment in one of the containers and who fears that he will have to relocate yet again.
“TfL and Barnet Council are showing a total disregard for local businesses and our need for safe storage space,” says Mr Bove.
“High Barnet is losing so many local jobs because it keeps giving planning permission for flats to be built on light industrial and commercial sites. There is just nowhere for us to go.” 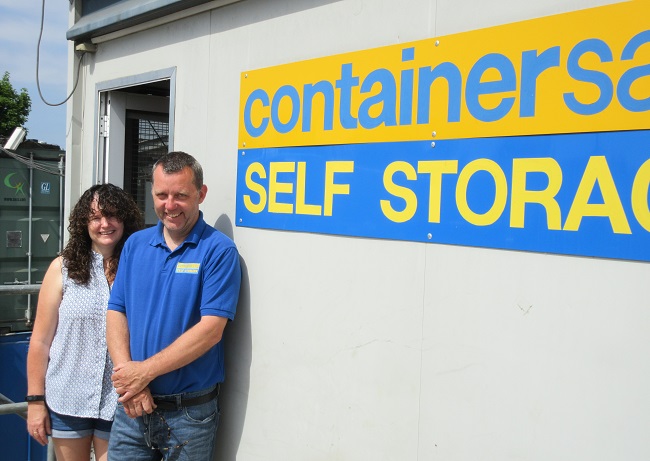 Paul and Bev Meehan, who run Container Safe, say TfL has failed to either approach or consult them over future use of the station yard, where other tenants, including JDC Scaffolding, have also complained at the lack of communication.
“All we know is that our three-year lease of the container yard is being replaced from July with a rolling three-month contract, so we face months, if not years of uncertainty, just hanging on,” says Mr Meehan.
“All we can hope for is that our objections carry some weight. Rumour has it that TfL and their developers Taylor Wimpey want to start work on the development in 2021.
“Who knows what will happen. Judging by the time it took to redevelop Barnet Football Ground and the delays in redeveloping the industrial site at Brakeshear House and Bath Place, we might be here for some years yet, but this no way to treat established businesses.
“What make us so angry is that an impact statement on Barnet Council’s website says there would be no disruption to commercial life if flats were built on land around the station – that totally ignore our existence.”

Revised plans for the development were unveiled in November 2019, reducing the numbers of flats from 450 to 292, cutting the number of blocks from eight to six and reducing their height to six to seven storeys instead of 10 to 12.
The Barnet Society welcomed the limited steps taken in the new plan but considered the revised proposals still had major failings.
The six high-rise blocks were “monotonous and would dominate views” up Barnet Hill; long-term parking spaces would be cut to a sixth of current capacity; and the one-way access would be hazardous for both pedestrians and traffic.

Robin Bishop, chair of the society, says that the latest drawings suggest there will be little difference in the final plans for the site and if that proved to be the case and there were no further modifications, the society was likely to object.
The overall result would be over development of the station site that was not sympathetic to the area. Comments would be invited before the society submitted its objections to Barnet Council.
One initiative might help businesses and traders who use the container yard for storage is the possibility that consultants drawing up the Chipping Barnet Community Plan have been asked to consider where more provision can be made for workshops and studios in and around High Barnet. 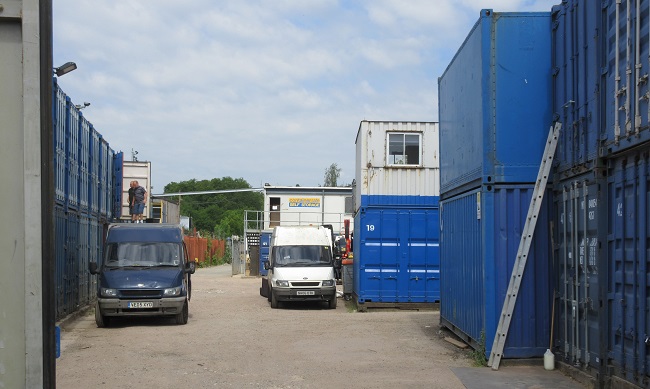 Nick Bove fears ideas for enterprise hubs and the like are not going to be of any use for tenants of light industrial sites like the station yard.
“Businesses like this attract traffic and can be noisy. Even if there were vacant premises in and around the town centre, we would not be welcome as there now are many more flats above shops and offices along the High Street and residents would complain.”
Mr Bove believes the heart of the problem is Barnet Council’s failure to provide sites for commercial and light industrial use.
His last lock-up garage in Finchley had been repeatedly broken into and previous premises at the Meadow Works site on the A1000 had proved to be unsatisfactory.
“Increasingly the small firms that used to be welcome in High Barnet are being driven out into Hertfordshire, to Hatfield and Stevenage, or places like Luton and that generates more traffic as contractors have to drive in to serve North London.”