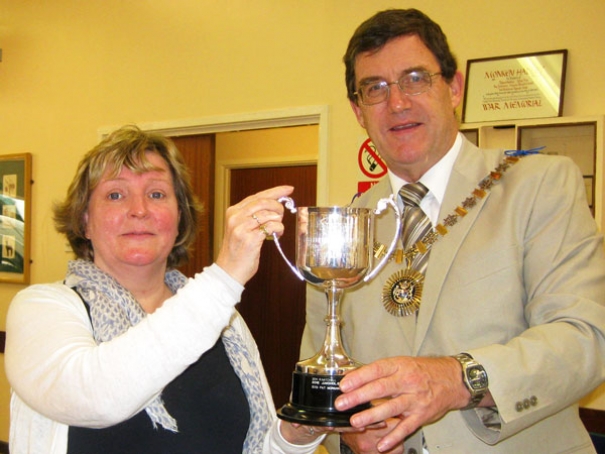 Annette Chmiel, who joined the Association five years ago, won overall best in show for the second year running and thinks her success reflects the wide variety of vegetables, flowers and plants grown by the allotment holders and also the local trees. 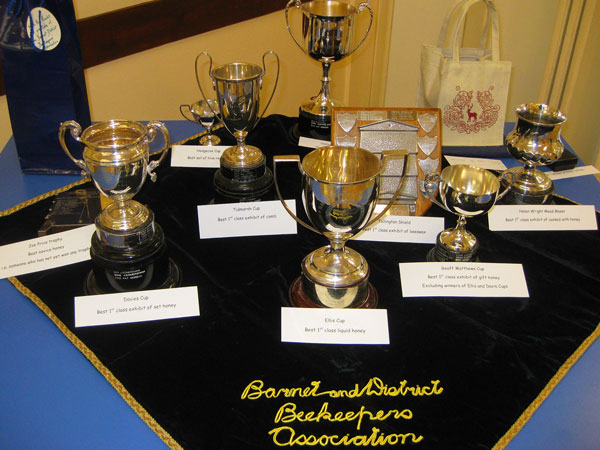 After congratulating the Association on reaching its centenary, Councillor Hugh Rayner, the Mayor of Barnet, presented Mrs Chmiel, of Cockfosters, with the Centenary Cup at the annual honey show held at Hadley Memorial Hall (27.9.2014).

In thanking the Mayor, the President, Roger Hedgecoe, said that although it was Barnet’s 100th honey show, they believed the Association had been in existence for far longer.

There was a record of a meeting at the Bow House in Wood Street 103 years ago.

By then the Association already had a President and thirteen Vice-Presidents.

Its collection of silver cups dated from the 1920s and their records showed that the Association had over 500 members during the Second World War.

Beekeeping was popular because of sugar rationing and older members could remember Ewen Hall being filled with exhibits at the annual show.

“But sadly by the end of the last century the Association nearly packed up.

In 2002 the annual meeting did consider whether to fold the Association but we turned ourselves around, became an organisation teaching beekeeping, we attract about twenty newcomers every year and currently we have over 100 active beekeepers in membership." 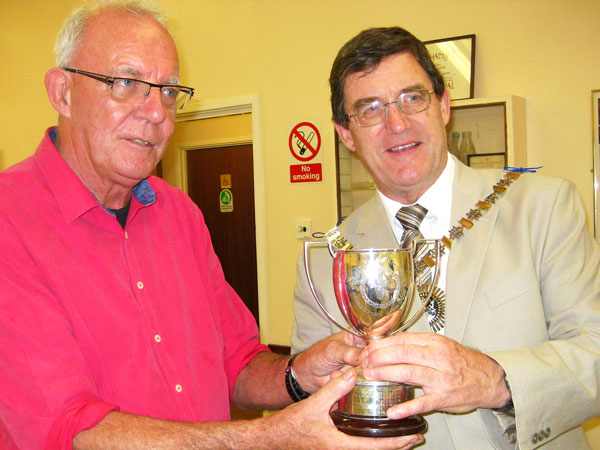 “Our annual show is the peak of our year when everyone brings along their honey so that our judge Martin Buckle can give his comments and select the best in show.”

Most members keep their hives either in gardens or other suitable sites in an area running north from the North Circular as far as the M25 and South Mimms.

Much of Barnet’s honey is derived from oil-seed rape in the spring, brambles, lime trees and garden flowers; increasingly honey from exotic plants and trees is adding to the mix.