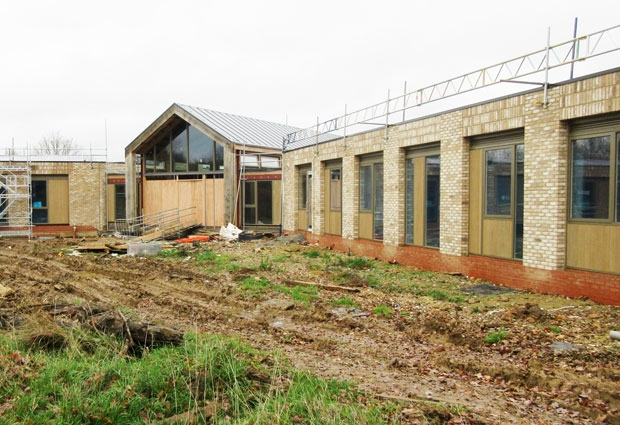 Next April, staff and support workers hope to move into what is promised will be a state-of-the-art children’s hospice serving north London and Hertsmere. The official opening is provisionally timed for July.

Fund raising for the hospice has been sustained, innovative and remarkably successful.

Donations have already topped £11 million, enough to finish construction, and well on the way to meeting the original estimate of £12 million for both construction and fitting out.

Many more fund-raisers are planned for 2019 to help finance the running of the new hospice and to support the charity’s work.

Among high-profile events in the New Year will be charity giving around Tottenham Hotspur Premier League games.

Noah’s Ark is the club’s official charity partner and the Spurs’ midfielder Dele Alli paid a surprise visit to Vale School, Tottenham, to see a 14-year-old pupil with Down’s syndrome who is supported by Noah’s Ark.

Noah’s Ark currently provides help for well over 200 children across five London boroughs, Barnet, Enfield, Camden, Islington, Haringey, and also Hertsmere, and the aim is to expand the existing hospice-at-home services to cater for over 1,200 children with life-threatening or life-limiting conditions. 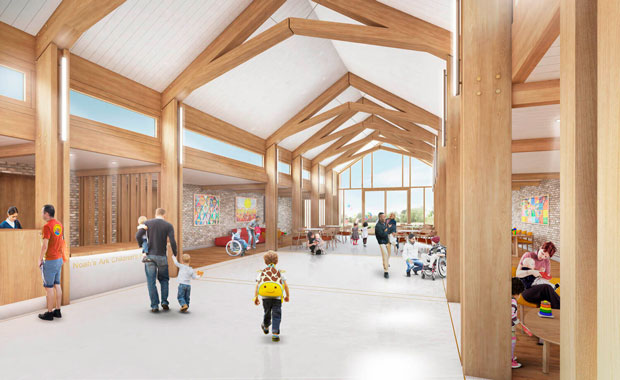 Dr Rachel Black, Noah’s Ark’s director of care, has stressed repeatedly their wish to provide more end-of-life choice for children and at last the charity will have a drop-in centre for families and their children and the chance to help children live their lives to the fullest for as long as possible.

Leading off from the main reception area will be a wing with six children’s bedrooms; a wing with three family rooms for visitors, and nursery facilities; a wing with therapy play areas with soft and wet games, and a children’s den; and a wing providing offices for the charity.

Noah’s Ark will share the 7.5-acre nature reserve managed by the Barnet Environment Centre and landscaping will be a key feature once construction is completed. Outdoor spaces will include a play zone and sensory, contemplating and therapeutic gardens.

A special feature of the new hospice, which has already won two architectural design awards, is an environmentally-friendly green roof

The prospect within the next few months of moving into the new hospice was high on the agenda at a recent reception for Noah’s Ark at 10 Downing Street attended by five families, specialist carers and donors.

Ru Watkins, the charity’s chief executive, promised that the Ark would be a hub of collaboration where NHS partners, third sector providers and the community would be working together with Noah’s Ark to meet an ever-growing population of babies, children and young people with life-limiting and life-threatening conditions.