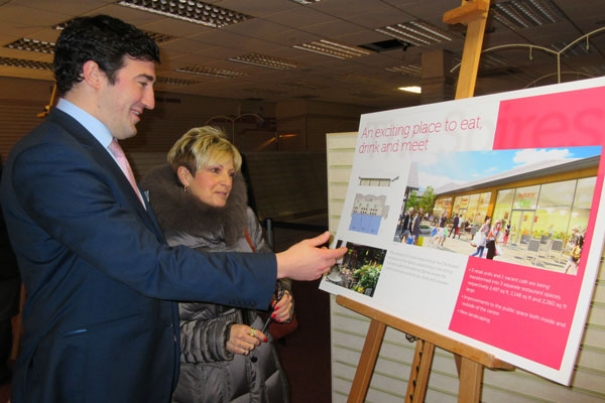 Hunter Real Estate, who manage the centre on behalf of the Canadian pension fund that purchased the centre last July, are also planning three new restaurants as part of a £7 million upgrade that will include new landscaping and tree planting.

Future operation and of the car park, and level of charges, is said to be “under consideration”, as is the possibility of re-siting Barnet Market to the bandstand open space in front of Waitrose.

Negotiations are at an “advanced stage” with “a major international fashion brand” that is interested in renting the two-storey new store that would be built in the first courtyard, replacing the empty Clinton Cards store and three other units.

Hunter Real Estate unveiled their plans at a three-day exhibition in the Spires (11-13 December). 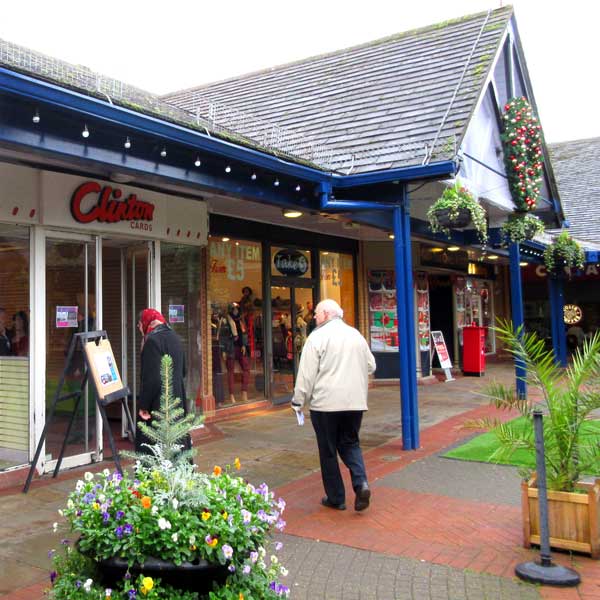 Forms requesting public reaction to the development proposals have to be returned by December 20.

An application for planning permission will be submitted in January, and if approval is obtained construction work would begin in the spring of next year.

Three new restaurants, to be built in the second courtyard, nearer to Waitrose, should be finished by the end of 2016, and the new fashion store should be ready to open by the summer of 2017.

James Winpenny, an investment manager for Hunter, said their aim was to revitalise the Spires with an improved “retail offer” and longer opening hours, which together with three new restaurants, should help generate a greater buzz, and improve High Barnet’s “night-time economy”.

“We are managing the centre on behalf of the new owners, the Canadian pension fund, the Alberta Investment Management Corporation, that bought the Spires last July for £40million.

“AIMCo take great pride in regeneration investment, especially in schemes which have public benefit, and all our feedback shows that local residents want an improved retail and leisure offer, and we know that major international chains would like to open up in High Barnet if larger shopping units were available.”

When asked whether Barnet Market might be moved, Mr Winpenny said discussions were underway with the operators, Saunders Markets, and one option was to resite the stalls in and around the bandstand in front of Waitrose.

“We will do everything we can to keep the market going, and we are examining how best to keep it as an integral part of the Spires centre.”

Hunter recognised the level of public criticism over high parking charges; and the future operation of the car park, and its impact on trade at Waitrose and within the Spires, was under consideration.

Our priority is to obtain planning permission for the new fashion store, the three new restaurants and improvements to the two courtyards, with new paving and tree planting.

Mr Winpenny said Hunter recognised the value of the rebuilt High Street entrance to the Spires, and the success of Carluccio’s restaurant.

Hunter’s planning advisers, Montague Evans, and architects Leslie Jones, had both worked with the William Pears Group, the previous owners of the Spires, and the aim was to continue with the same high standard of refurbishment.

“We do understand local concern about the need to revitalise the Spires as a shopping centre, and we hope to kick-start that regeneration by attracting a major fashion retailer to open up in High Barnet.”