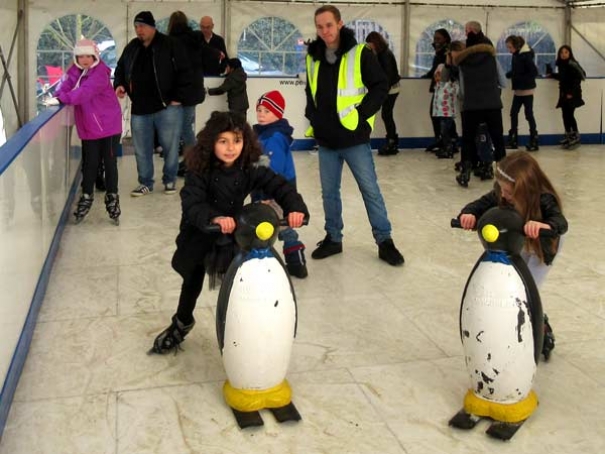 Children enjoying the rink
A children’s skating rink was one of the many attractions at the two-day Christmas in the Park at the Old Courthouse recreation ground in High Barnet.

A series of events have been held this year since the reopening of the Old Courthouse cafe, but this was by far the most ambitious to date.

The lawns around the cafe were packed with a variety of stalls and the fine weekend weather (13 and14 December 2014) proved quite a draw, especially for families with small children.

The refurbished cafe reopened in October 2013 after having been vacant for some years.

Its enclosed garden was neglected and over grown, and the lack of a functioning cafe had been sadly missed by visitors to the nearby children’s playground.