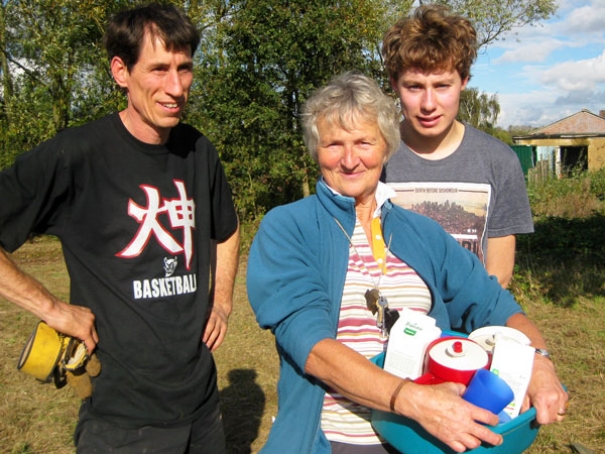 The aim is to encourage the growth of rare species in the overgrown field in the middle of the eight-acre nature reserve, but first it has to be cleared of saplings, brambles and dead grass.

Two rare species of prairie grass are already found there

Twenty-three volunteers spent the day helping to clear the field during the centre’s latest Make a Difference Day (11.10.2014), and their efforts were a great encouragement to the centre’s manager, Annabel Foskett, who personally collected the seeds in Totteridge to ensure their local provenance.

“We have worked really hard preparing the field and it would be a tremendous achievement if we could encourage the growth of more wild-flowers. The two prairie grass species we have, oval sedge and sneezewort, are already rare and need protecting". 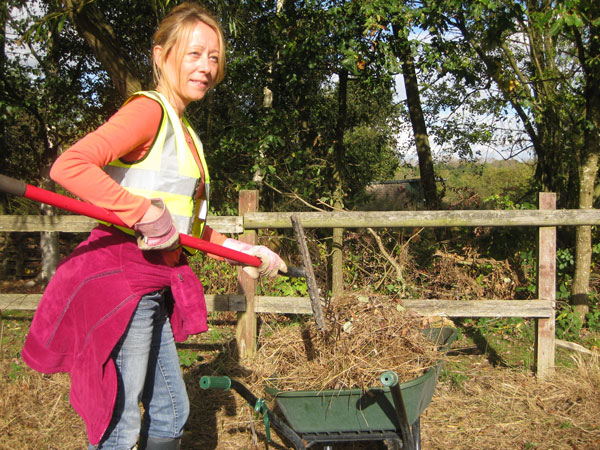 Barnet Countryside Centre is visited regularly by local school-children – well over 1,300 spent time at the reserve last year. Annabel, who is on the staff of the London Wildlife Trust, splits her time between Barnet and the Trust’s Camley Street nature park in King’s Cross, where she is schools learning and engagement officer.

“My work in Barnet has been so rewarding. Every local school that has visited the site has provided 100 per cent positive feedback and it has been so enjoyable working with the local community.”

Land near the entrance to the Byng Road reserve has been earmarked for new premises for the Noah’s Ark Children’s Hospice.

Planning permission was granted by Barnet Council in 2012 for the construction of a £4.8 million hospice and also a new eco-friendly environment centre.

Noah’s Ark has granted a sub lease to the Wildlife Trust which works in collaboration with the Friends of Barnet Countryside Centre (www.fobcc.org.uk)

Demolition of former school buildings on the Byng Road site and construction of the new environment centre might start as early as November, and have been made possible following a £750,000 donation to Noah’s Ark (www.noahsarkhospice.org.uk) by the Hadley Trust.

As a first step an 18-inch-high reptile-proof fence made from reinforced black plastic has been erected around the perimeter of the proposed construction site to safeguard wildlife.

The aim is to prevent reptiles such as the common frog and grass snake entering the site, which has also been stripped of all trees and bushes to discourage nesting. 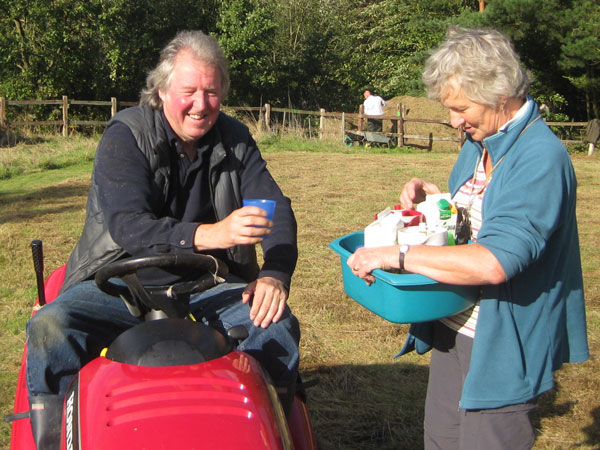 “We put the reptile fence up in late spring as a precaution. Whenever building work takes place in a nature reserve there have to be mitigating measures to protect wildlife and safeguard the site, and clearly we want to cause the least possible disruption to protected species,” said Annabel.

Refreshments for the volunteers who helped with the clearance work were provided by members of the Friends of the countryside centre under the leadership of the vice-chair, Sue Bird.

On display in one of the former classrooms was a collection of pressed flowers and grasses which had been assembled by Penny Antoniou, a long-standing volunteer and trustee.

They were collected from the reserve between June and September and included foxglove, clover and crested dog’s tail grass.

“Pressed flowers, leaves and grasses are an important record and so helpful in identifying plants, especially for children.

Don’t forget Darwin was sending back pressed flowers to Kew Gardens and his collection is still there,” said Penny, who also volunteers one day a week at the arboretum in Kew.

More in this category: « Ground-breaking project for older women’s housing Telling the time once again »