Premier Inn - What next? 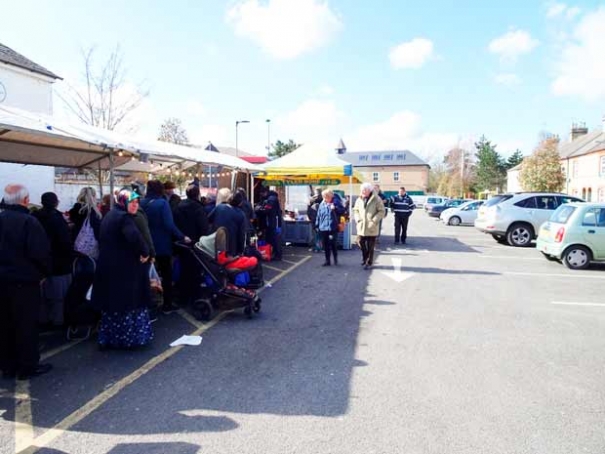 Barnet Market – site of the proposed Premier Inn
The controversial proposal to build a Premier Inn on the former Barnet Market site has been rejected by Barnet’s planning committee, against the planning officers’ advice.

The three grounds for rejection have just been published, and the planning committee has explained why they believe the proposal would be detrimental to existing Chipping Close residents.

Curiously, the hotel’s impact on local traffic and on-street parking – about which the Barnet Society had expressed concern – was not considered a reason for rejection.

Another key Society concern was that the future of the existing market must be guaranteed. This was met by the approval, last month, of a separate planning application by The Spires to relocate the market to their bandstand site.

Almost all of our other concerns were acknowledged by the planners and, had approval been granted, they would have imposed the following conditions (amongst others):

A further planning condition would have prevented music after 10:30pm from Sundays to Thursdays and after 11:00pm on Fridays. During prior consultation, Premier had given us to believe that would be their policy. We were therefore astonished to find that – before their application had even reached the planning committee – they had applied for a host of licensing relaxations. We wrote a strong letter of objection.

A number of our members are disappointed that the Society should have objected to Premier’s application.  I’d like to respond by making a couple of points.

Firstly, our decision to support it – subject to stringent conditions – was made after consulting the whole Committee plus two Vice Presidents and several members with planning, architectural and transport expertise.  None of them opposed the application.

Secondly, the Committee now recognises that we didn’t fully reflect the strength of local feeling on this issue. We’ve since reviewed how we deal with large and sensitive proposals like Premier Inn, and agreed that we could do more to consult members. We’ve recently upgraded our membership database and in future, when time permits, we’ll do what we can to consult members directly if they would be particularly affected by major developments.

What happens next? As I write, there are three possibilities:

There’s an alternative, more positive, view about a new hotel that is taken by people who’ve been striving for years to revive our failing local economy – including long-standing Barnet Society members – and is attracting widespread public support.

It’s that a hotel would help to generate new business and employment within our town centre, and a buzz that would extend way beyond Chipping Barnet.

If public interest in the Battle of Barnet continues to grow – as the recent highly successful Medieval Festival indicated – a hotel sympathetically designed for the Monken Hadley conservation area would be an additional attraction.

Apparently £3.5M from the sale of the present market site will largely be spent investing in further Spires shopping centre improvements.  Several major retailers are considering opening – but will only do so if a planning application for the hotel is successful, and soon.

The Society hasn’t taken a definitive view on this yet. If Premier Inns make a fresh planning application, we’ll scrutinise it forensically, and consult our members before doing so.