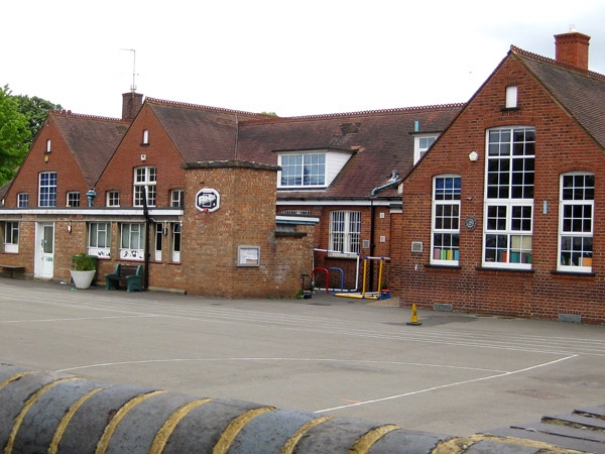 Foulds Primary School - one of three High Barnet primary schools where demand for places exceeds supply
Parents of children due to start school from 2016 onwards are being urged to sign a petition to support a campaign to establish a new Church of England free school for High Barnet.

Last year around sixty children could not be found a local primary school place, and in order to tackle what is seen as a growing schooling crisis, the four churches in the Parish of Chipping Barnet have combined together to prepare an application to the Department of Education to establish a new free school.

If approval could be obtained – and a suitable site found in High Barnet or perhaps Arkley – the aim would be to open the school in time for the September 2016 intake.

Parents who have children under three, who will be starting school in 2016 or later, are being urged to demonstrate the strength of local support by signing a petition at www.chippingbarnetcofeschool.weebly.com

The application is being made by the four churches in the Parish of Chipping Barnet – St John the Baptist, High Barnet; St Mark’s, Barnet Vale; St Peter’s, Arkley; and St Stephen’s, Bells Hill.

The new school would aim to take sixty children each year, some places going to parish children and some to those from the local community of all faiths and none.

Such is the current shortage of places for a growing population that High Barnet’s two existing Church of England schools – Christ Church and Monken Hadley, face demand that far exceeds supply; and Barnet Council, which is in favour of the application, is unable to expand Foulds School to provide extra spaces.

Two of the leading members of the campaign to establish the new school, parish priest the Reverend Tristan Chapman and former teacher Judy Burstow of Fitzjohn Avenue, are urging local parents to back an online petition.

Five hundred signatures are needed in support of the application

Five hundred signatures are needed in support of the application from parents with children who will be starting school in or after 2016.

“Signing up does not involve a commitment on their part to applying for the school when it opens; it will just show that there is the support in the area for the application. We have to provide evidence of both a local need and a desire for places in a new school.”

The application also has to demonstrate that those making the application have formulated a good admissions policy, plan a competent budget, propose a rigorous curriculum, intend to appoint the best possible staff and have a vision for the school in terms of the achievement of future pupils.

Judy Burstow said the bid had the backing of the Diocese of St Albans and was also being assisted by the advice and expertise of education professionals.

“The question on everyone’s lips is where will be new school be. We are looking at three separate sites at the moment but need to have community support first and this is crucial to the success of the application.

“When the application is approved, we will then be able to move to choosing a site with the help of Barnet Council’s Education Department.”

Another, far more ambitious bid to establish a new free school within the London Borough of Barnet for both primary and secondary pupils has been launched by a group of teachers, parents and friends who plan to open the Ara School.

Their venture was launched twelve months ago and parents are being asked to register their interest at www.araschool.org

The organisers say that Barnet Council is “very impressed” with their plans to establish a primary school for the age range four to eleven which would then become a through-school for age twelve to eighteen.

In a statement to the Barnet Society, Ara School said that it had not yet secured a site but hoped there would be progress in securing premises once the government had made decisions on the latest round of applications for free schools.

If approval was granted and a site secured, the aim would be to begin the school with age four entry level for at the last the first two years.

“We are fortunate to have teachers who have both UK and international teaching experience. This will give our school the added value of offering an education which will enable our students to take their places in a globalised world.

“Our aim is to align the UK national curriculum with the hugely successful International Baccalaureate.  Our proposal to the Department of Education and our advertising campaign are progressing well, and at this stage, we would like to invite key stakeholders to support us in this venture.”