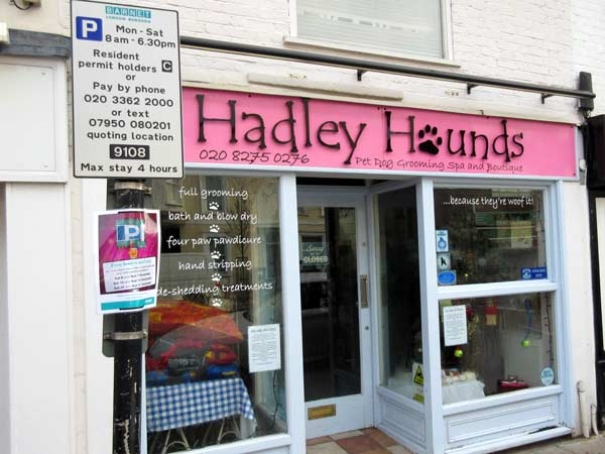 Hadley Hounds, a dog grooming parlour established five years ago, is having to leave and find new premises in Whetstone because difficulties over parking have proved the “final straw” for proprietor Eve Fox.

“The parking controls in the High Street are a nightmare and the trouble they have caused my customers, on top of the overheads, is killing off the business here in High Barnet.”

Mrs Fox is hoping to move to new premises in Russell Lane, Whetstone, where there is free street parking.

“Barnet’s councillors just don’t understand the problems facing small businesses. Pet parlours are opening up in local retail parks and of course they can offer free parking whereas I can’t, and it hurts not being able to compete. 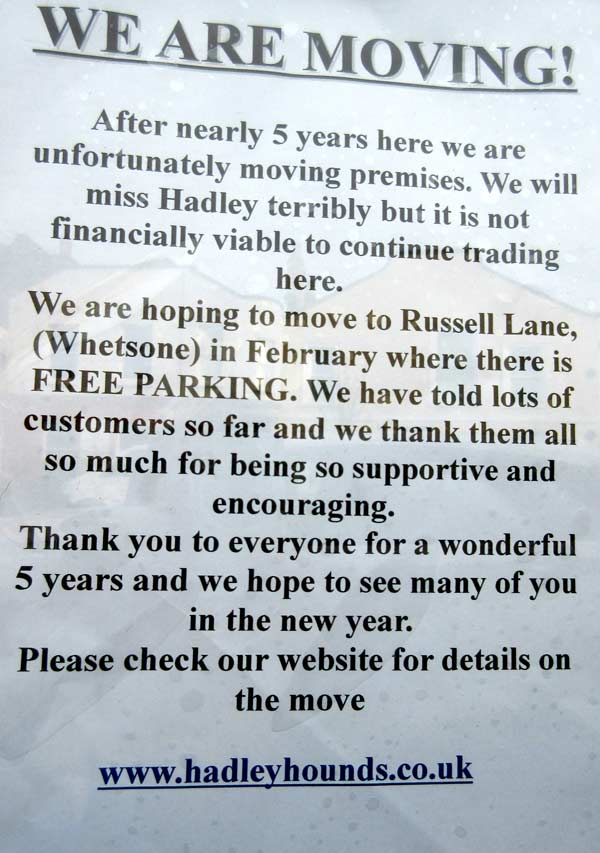 “As soon as the council imposed parking by phone and credit cards in the High Street the problems started and business dropped off.

Many of my customers are elderly; they don’t have mobile phones; they don’t like using credit cards in meters in the street; and there are no longer any machines taking cash.

“Even when customers stop for just five minutes they often get a parking ticket. Recently a lot of them have been issued tickets and they do get very upset.”

Mrs Fox believed that free parking for 20 minutes or half an hour, let alone a full hour, would have made all the difference.

She accepted that there were some free parking spaces alongside Hadley Green, higher up the High Street, but she said her customers couldn’t make sense of the signs and the council had done nothing about it.

“I am really sad to be leaving the High Street but the impossible parking controls, on top of my overheads, have proved too much.”