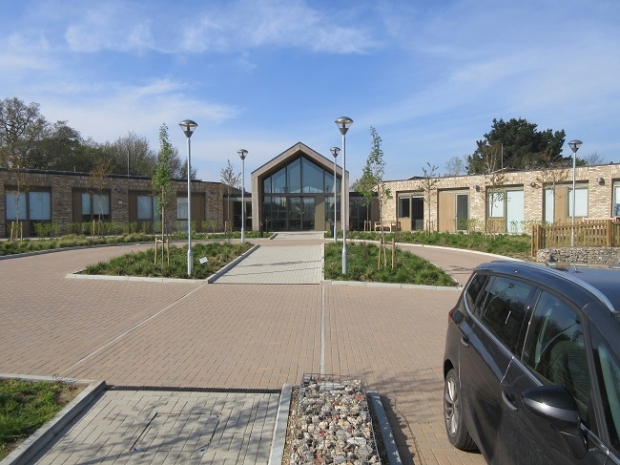 Less than six months after its official opening the Noah's Ark Children's Hospice in Byng Road, Barnet, is facing a financial crisis following a dramatic collapse in donations due to the cancellation of fund-raising events and activities during the coronavirus lockdown.  Hospices across the country are reporting a catastrophic drop in income. Noah's Ark is facing a shortfall of more than £2 million, more than half its annual target of £3.5 million obtained through gifts and donations.

Almost 90 per cent of the Ark's total annual income is from charitable donations and it is issuing an urgent SOS to friends and supporters.

"Please help us and think up ways to maintain donations.

"With so much happening online, why not hold a virtual quiz among friends and families and then donate the prize money to the Ark.

"Another idea might be to collect money when exercising, with timed walks or bike rides.

"Any fund-raising events like that would really help. We are literally fighting for our future and need your support."

Like other hospices, the Ark is hoping to gain some benefit from a £200 million package of support for the hospice sector that has been promised by the Chancellor of the Exchequer, Rishi Sunak.

To help meet the cash shortage, a third of the Ark's staff have been furloughed under the government scheme to pay 80 per cent of workers laid off during the crisis.

But the grim fear of the Ark and other hospices is that even when the lockdown is eased it might be many months before social events, marathons and the like are up and running and such donations start being made once again.

The Ark has 11 beds and rooms for families and for some weeks it has been caring for children transferred from Great Ormond Street Hospital.

As most children's wards are closed because of coronavirus, the Ark is also able to assist the NHS by admitting other children who need care because of social or clinical emergencies.

Last year the Ark's outreach support cared for over 300 children with life-threatening and life-limiting conditions in north and central London and Hertsmere.

When Sadiq Khan, Mayor of London, officially opened the Ark in October last year and had a tour of its facilties, he said the new £8.5 million state-of-the-art children's hospice was probably the best home in the world for children who needed such specialist care.

"The Ark will offer some very brave families and their children an opportunity to express themselves. The Ark is full of light, life and love and it a privilege to be here."