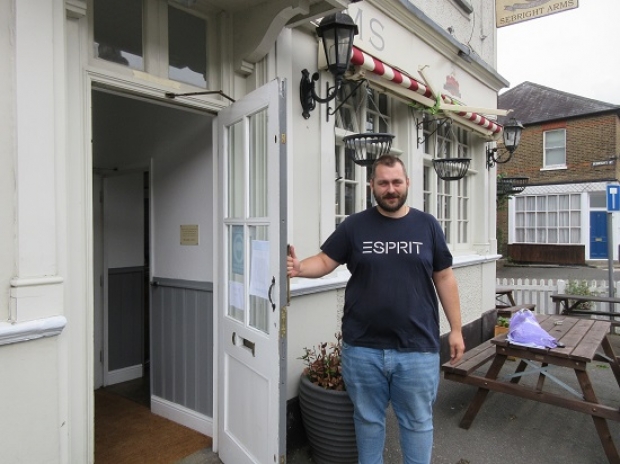 Polish trained chef Lukasz Szumski is planning to add one or two specialities from his grandfather's recipes to a traditional English menu at the Sebright Arms in Alston Road which has just re-opened as a gastro pub and sports bar after several weeks closure.

Despite all the Covid.19 restrictions facing the hospitality trade, Lukasz has taken on the tenancy of this McMullen house with high hopes of establishing a strong, community-based pub.
“Becoming popular for the quality of my Sunday roasts is one of my top priorities,” says Lukasz who aims to have a newly modernised kitchen up and running by early November. 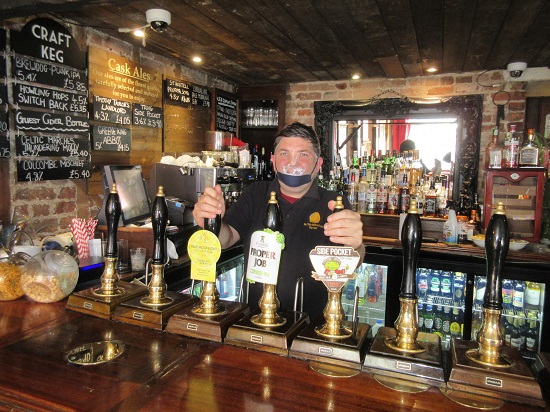 Another High Barnet publican putting a brave face on the difficulties posed for the licensed trade by the latest rules on social distancing is Gary Murphy, licensee of the High Street real ale pub, the Mitre.
Gary had to close for business over the weekend when the alert level in Greater London moved from medium high to high which means groups are banned from mixing indoors.
To cope with the new restrictions, Gary has reconfigured the Mitre’s floor area to allow for a variety of seating so that people can sit separately as required by the law but “still feel they are in a community pub.”
High Barnet’s nine public houses face a 10pm curfew and no socialising inside. Social groups – up to a permitted six – can only sit together outside. 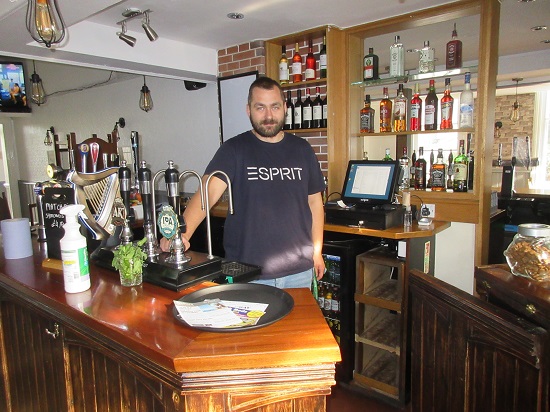 As well as a sports bar, Lukasz has installed tables and benches in the Sebright Arms’ garden and is keen to be known as a “family and dog friendly” pub with what he hopes will be a well-earned reputation for its food.
“We’ll be serving lunch Monday to Friday as well, and our meals won’t be frozen but cooked from scratch, right down to the Yorkshire pudding for the Sunday roasts.
“We will have one or two Polish specials as well – such as Bigos, slow cooked meat and cabbage with toasted bread, and Polish veal sausage with herbs, served in slices. They’re old recipes from my grandfather.”
Lukasz, who trained as a chef, started working in the UK when he was 18, almost 14 years ago, and has seen how gastro pubs have taken off in and around London. He is married with a five-year-old son Marcell and Lily aged 21 months. 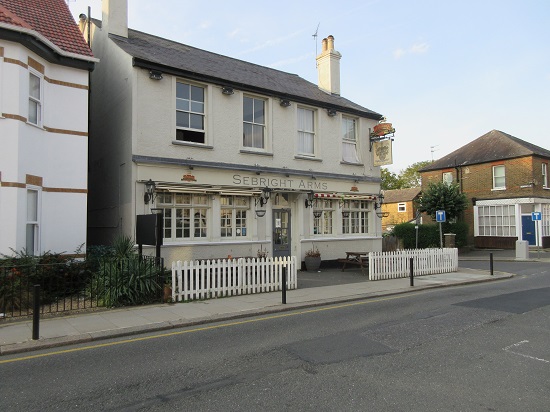 “The Sebright Arms is such a great building with so much character, and the area is very welcoming, with lots of young families all around.”
Gary Murphy faced a challenging weekend when London’s level of alert moved up to high.
He had to close that Friday because he knew so many groups of friends would want to have one last drink together but that he did not have sufficient staff for table service at the peak hour between 9pm and 10pm and did not think he could ensure safe social distancing.
“I spent the weekend reconfiguring the layout of the pub and we now have a variety of seating options to ensure social distancing. We also have some more heated seats in the garden where groups of up to six can socialise.
“I am just going to have to see how it goes now that London is in tier two restrictions. Fundamentally Boris and the government have restricted the pub trade too far. Who knows what the future holds for the licensed trade?” 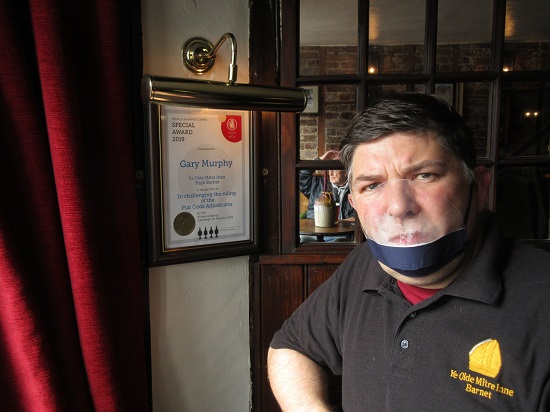 At the height of the lockdown closures, Gary attracted national publicity for his campaign to force pub owners to agree to a rent holiday.
After attracting over 400,000 views for his tweet, “No Pub, No Rent”, he was widely interviewed in the press and on radio and television.
In 2019 he led an equally high-profile campaign to force pub owners to give publicans of tied houses a fair deal on rents and beer prices – a campaign that earned a special award from the Enfield and Barnet Campaign for Real Ale for his role in challenging the ruling of the pub code adjudicator.