Life under lockdown at cohousing flats for older women 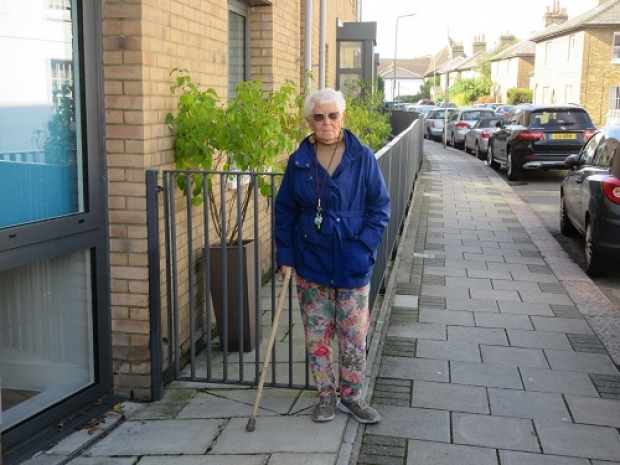 Cohousing pioneer Shirley Meredeen
"We've not only survived but managed to thrive during lockdown" say the 26 residents of High Barnet's pioneering cohousing project for older women which opened four years ago in Union Street.

Co-founder Shirley Meredeen, who celebrated her 90th birthday in June, believes their experience during the coronavirus pandemic – of older women residing and sharing their lives together – has demonstrated the strength of cohousing communities.
Residents in the 25 flats, just off the High Street, take it in turns in a daily sanitising rota to ensure external and internal communal surfaces are sanitised.
They organise themselves in permitted groups of six to take part in exercise classes, games, discussions, and many other events to keep morale high.

“Because of lockdown and social distancing, we can’t have any visitors inside and we are very strict on not having outsiders entering the building,” said Ms Meredeen.
“If one of us became infected, all 26 of us would have to go into quarantine, so we are very cautious.
“But we are managing to do the daily maintenance ourselves, and as a community, we always look out for one another, collecting prescriptions or vital shopping.
“We may individually get depressed from time to time, and we can’t have big events in our communal room, but we have proved beyond doubt the strength of our community.
“We have to keep our distance and we miss having visitors, but no one is without conversation or help. There is always someone there for each of us.” 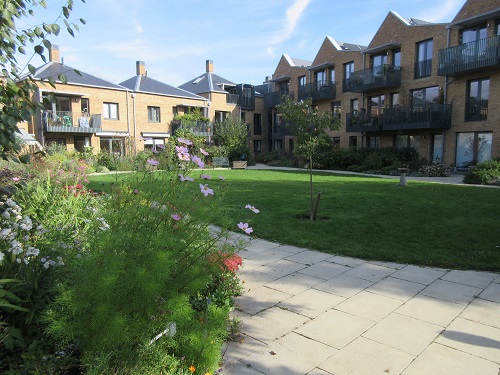 Life was slightly easier during the better weather of spring and summer when events were held in the garden and when it was possible for residents to meet family and friends there or say hello in the car park.
The rear vegetable garden – where residents have individual plots – proved extremely popular. Planting has already started in the greenhouse for next year and there will be inspections in the spring to see whether a pond that has been established in one corner attracts frogs and newts. 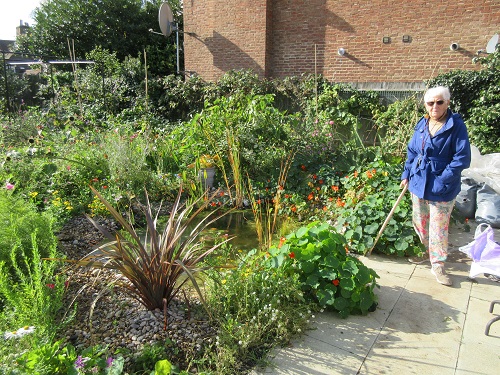 The 26 women who moved into the complex in 2016 are all still in residence and several non-resident members are waiting to apply if any vacancies occur in the 17 owner-occupied one, two and three bedroom flats or the eight that are rented.
Ms Meredeen and her late friend Madeleine Levius were the pioneers of this approach by elderly women of combining to purchase, manage and maintain their own homes in one purpose-built development with shared facilities.

Cohousing projects are being built and opened across the country – 21 are now occupied, another 34 are being developed, and 17 are being proposed and planned, according to the UK Cohousing Network.
Most are inter-generational housing projects, unlike the Union Street project –commonly known as OWCH – which faced many obstacles and setbacks after the two founder members launched the idea in 1998.

“We searched without success across London for a suitable location and once we identified the Union Street site – formerly St Martha’s Convent School – we had to battle against the odds to get the project off the ground, with no support, I am afraid to say, from Barnet Council.”
“Until lockdown we were getting regular visits from groups across the country interested to see what we have achieved. They are amazed by what they find behind the front door of 5B Union Street.
“We are recognised within the UK as having helped to put cohousing on the map.
“Our two awards – one for the design of the development and the other for the nature of the community – are justification for all the care we took with our architects to ensure we created a shared space.
“We know how much nearby residents appreciate the way the new buildings have blended into Union Street and sit comfortably alongside the Victorian terraced houses on either side of the street.

Published in Barnet Market
More in this category: « A hotel worthy of historic site