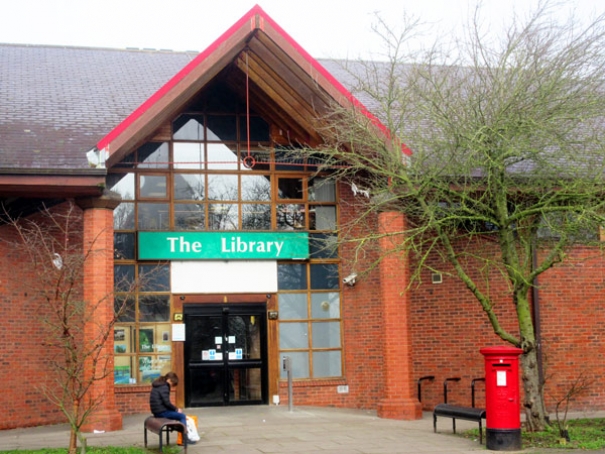 The Library will close over the summer months to convert a large part into commercial office space
Chipping Barnet library will operate on a partial self-service basis during April and May before closing again on Monday 5 June for extensive internal construction work over the summer months to convert some of the building into commercial office space.

When it re-opens in September, the library will offer a full range of extended self-service opening hours in early morning and evening.

Conversion to chip-and-pin entry and self-service operation – during those periods of the day when no library staff are on a duty -- is part of a downsizing aimed at achieving a 70 per cent reduction in library spending across the 14 libraries within the London Borough of Barnet.

To achieve this saving, the permanent library staff has been reduced from 114 to 62; some employees have been redeployed, but others have taken redundancy at a cost to the council of £290,000.

When unstaffed, use of the library will be monitored remotely by closed circuit television. If there are disturbances or other issues, supervisors in a control room in Cardiff will be able to call out the council’s security firm which operates a team of mobile security guards.

In July, the council intends to launch an appeal to recruit volunteers who it is hoped will help man the Chipping Barnet library from September when self-service will be fully operational. Volunteers will be needed especially on Mondays and Thursdays when no staff will be present.

Chipping Barnet and Colindale are the first two of the borough’s largest libraries to be converted as the council rolls out self-service operation. The new procedures are said by the council to have been tested successfully during trials at Edgware library.

Registered users aged over 18 will require a pin number to gain entry. After consulting with parents and schools, the council says it has agreed the procedures for students and children:

A partial extension of opening hours will start at Chipping Barnet as from Saturday 1 April and continue until Sunday 4 June. The library will then be close from Monday 5 June until early September so that the building work can take place.

The Hyde community room is to be converted into a two-floor suite of offices, serviced by a lift, which will be let at a commercial rent. One of the two other existing small community rooms will be extended to make up for some of the lost activity space.

...the council’s website will be constantly updated to give opening hours, along the lines of Transport for London’s website on tube disruption

Hannah Richens, the council’s libraries manager, told the Barnet Society that Chipping Barnet library was already benefiting from the installation during the Christmas and New Year closure of an extra 1,000 metres of shelving.

These shelves would be stocked with books from libraries such as Hendon which were downsizing, and would provide Chipping Barnet with a wider range of stock.

Barnet’s progress in introducing new technology and self-service operation to save costs has attracted attention from other local authorities, says Val White, the council’s programme director for education and learning.

“There will be staggered staffed hours at the libraries as we recognise that some library users will prefer to visit when staff are on duty, rather than take advantage of self-service operation.

“Chip and pin entry will allow for longer opening hours in the early morning and late evening, and we have found at Edgware that this additional access is popular.

“With the introduction of self-service operation we are dispensing with the fee for reserving books; users now leave their reservation slips to be dealt with during the next staffed opening hours.

“Our aim is to make it much easier for users, so the library page on the council’s website will be constantly updated to give opening hours, along the lines of Transport for London’s website on tube disruption.

“Once the public get used to the new procedures, we think they will be a tremendous success. We certainly want Barnet’s residents to be proud of their libraries,” said Ms White.

More in this category: « Petticoats and poetry Last orders at famous Barnet hostelry »