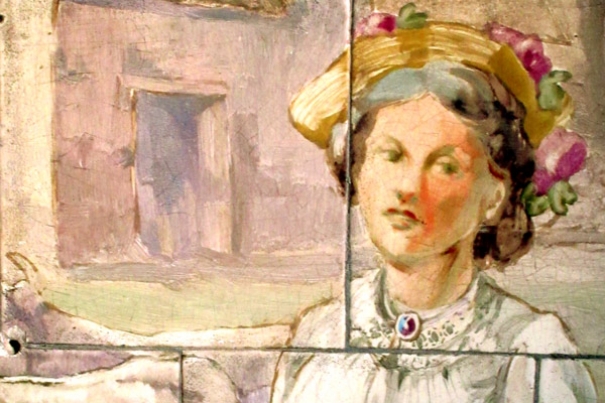 Dairy maid painted on wall tiles discovered recently decades after they were last seen
A set of painted wall tiles revealed during building work at 89 High Street Barnet depict a dairy maid holding her pail, with cows and chickens in the background.

The discovery of the complete panel – still partly obscured by wooden boarding and electric plugs – is a reminder of the ever-changing nature of shops in the High Street.

The tiles probably date from the days 89 High Street was a dairy selling milk and eggs. 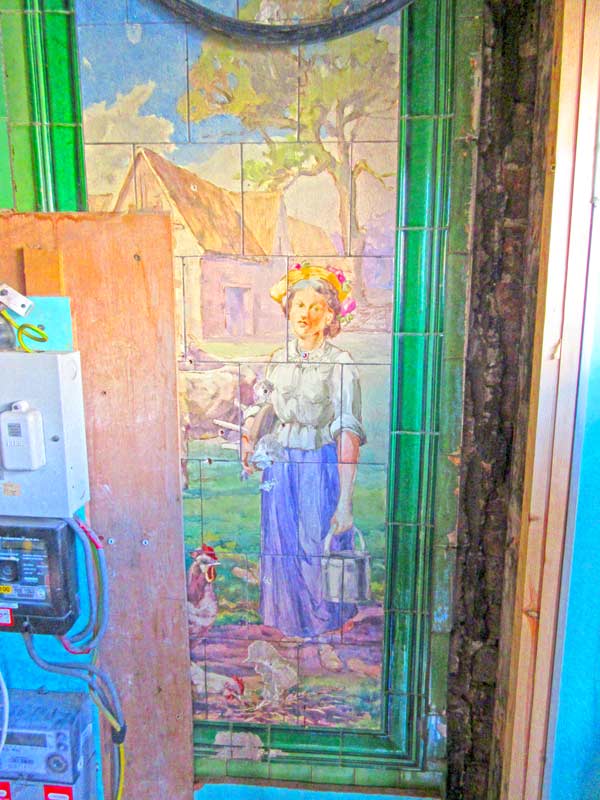 89 High Street is currently being converted into a new takeaway, Ozzi’s Burrito Shack, and the discovery of the tiles has prompted considerable comment on the Barnet Society’s Facebook page.

The shop premises have been in the ownership of the Eleanor Palmer Trust since 1999, and it acquired the property from the previous owners, the Samuel and Rebecca Byford Charity, when the two trusts merged.

He left the income from the property, then known as Essex House, to the Byford charity to be used for the expenses of six almshouses in Bells Hill.

A survey of the changing use of shops in the High Street was carried out last year by the Barnet University of the Third Age.

Jenny Kobish, one of the volunteers, said their research showed that 89 had changed hands regularly over the years:

Until the middle of last year 89 was a branch of the bakery chain Greggs, and was then converted into the craft and homeware pop-up shop 89 High Street, which has now relocated to 10 Union Street.

Various suggestions over the possible ownership of the shop were given on Facebook, but the consensus among those who posted a comment was that the tiled picture was a marvellous reminder of the shop’s interior early in the last century.