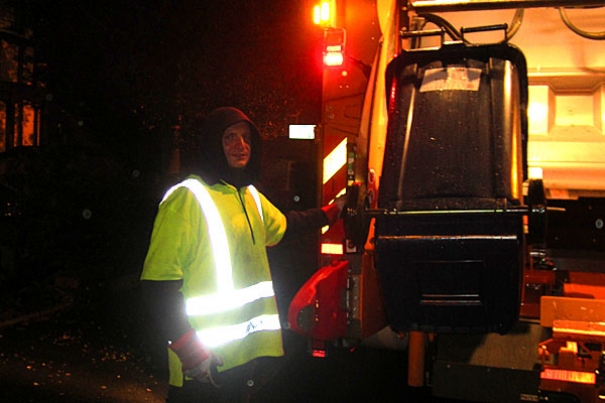 Collector at work early morning
New recycling service: an eyewitness report from a Barnet Society member. High Barnet householders have been told they should become their own recycling monitors and report back to Barnet Council on the efficiency of the new service for collecting recyclable refuse.

At the last Residents’ Forum one of the hottest topics was the confusion and disruption resulting from the introduction of blue wheelie bins for recyclables and separate caddies for food waste.

...contaminating all the recyclable material which householders had carefully pre-sorted

After the first Friday collection there were complaints from across High Barnet over the way the contents of the new bins ended up being thrown in together into the collection vehicles contaminating all the recyclable material which householders had carefully pre-sorted. 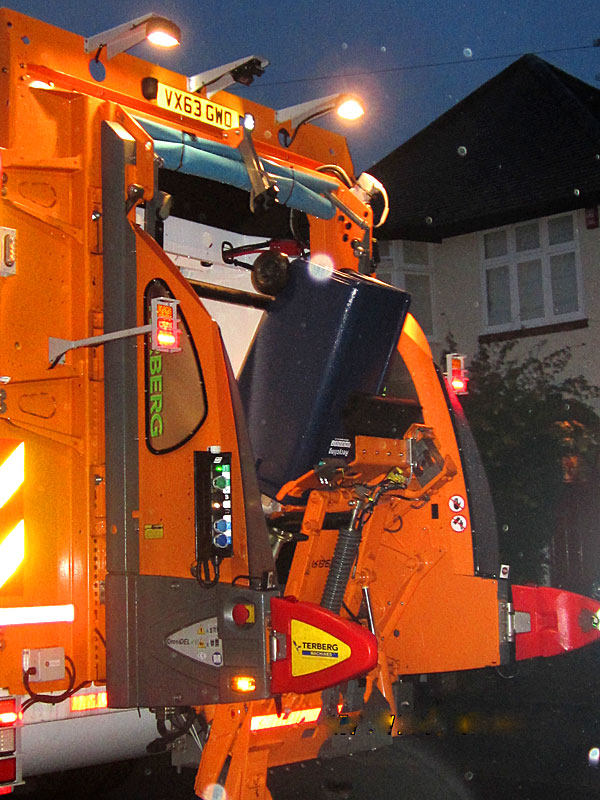 You might have thought I’d be happy to be released from the tyranny of the small blue and black boxes previously provided by Barnet for recycling and the mantra “paper and glass in the black”, but come the 14th October I was sorry to see the back of them.  (Well, not exactly: they’re still waiting for someone to take them away.)

Of course, change is never easy and changing our recycling habits has been a struggle.  We’ve been recipients of a  plethora of well-meaning but bemusing brochures and for some neighbours it’s been all too much.  Just like the weather and Brian Coleman everyone has their opinion and story to tell.

Apparently confusion has been borough-wide and prior to the Residents’ Forum on 22nd October several councillors were interested to hear what our experiences in Chipping Barnet have been.   The new collection vehicles  have a compartment into which food waste is separately placed.

However, as several Barnet Society members have reported, lots of residents were not convinced that the process was being properly carried out.  We are requested to be vigilant and to go out and scrutinise what is actually happening and report back.

If we find that there is irrefutable evidence of contamination we need to ask Dean Cohen, the Recycling Tsar, This email address is being protected from spambots. You need JavaScript enabled to view it.  to answer a few questions. 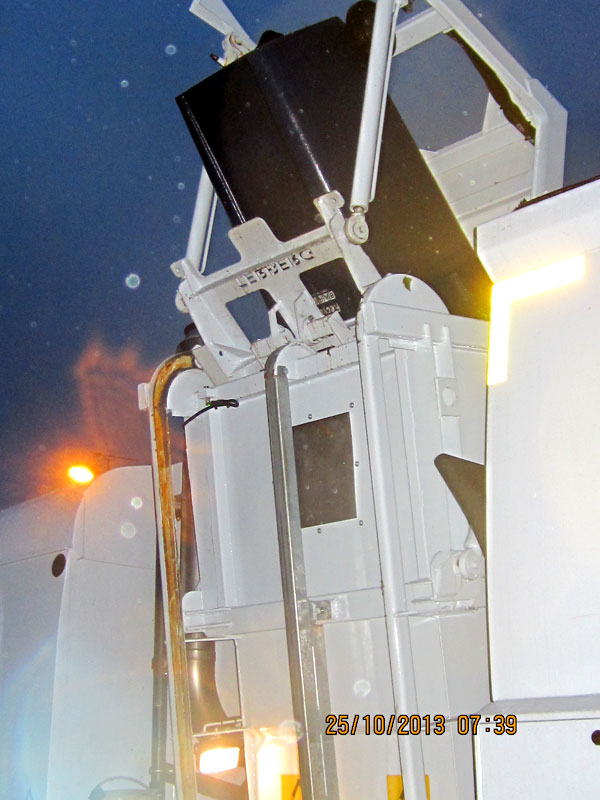 However, what is totally irrefutable is the two problems with food waste: the "compostable" bags leak (I had very messy mackerel debris in mine in the first week) and in some roads the emptied the blue bins then have the brown food bin emptied into them before being fed into the "food waste" section of the cart.

The result can be that food waste contaminates both the brown and the blue bins which then need a thorough sluicing.

On 25th October I arose early enough to be out to greet our recycling collectors. It was wet and dark and they were one man down. They worked quickly and efficiently to empty the bins.

One man looked after emptying the brown bins into a designated blue bin and I was shown the side compartment into which food waste is placed.   (It is on the left hand side, if you are interested).

Once the vehicle is filled the team pile into the vehicle and head off to Edmonton. “Googling” I was so impressed to find that Edmonton has been a global leader in waste management for 25 years, but alas that was in California.  However, if you want to check out the north London Edmonton facilities http://www.packaging-gateway.com/projects/greenstarmaterials/