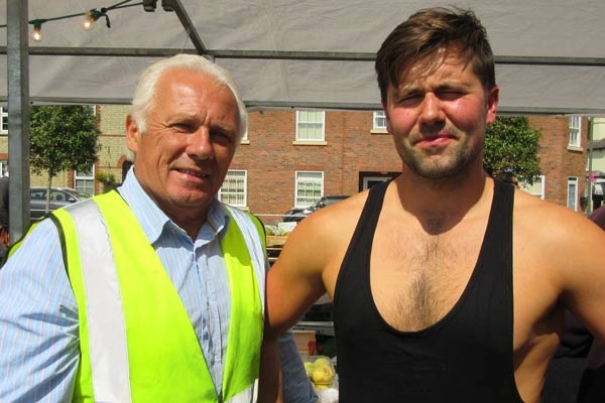 The Bones’ stall is one of the most popular at Barnet’s twice-weekly market, and the Bone family were first to open a stall in what in the 1950s was solely a cattle market.

Tyler, Albert’s grandson, is now in charge of the stall and is helped by his father David, who remembers the early days when the cattle market was still in full swing.

“I was only eight when my dad used to send me out into the crowd at the cattle market with a cauliflower in each hand. He told me to shout out the price, and it worked as I used to sell quite a few.”

David, now in his “late fifties”, said his father Albert, who is 89, and his mother Joan, who is 87, were old-style market traders, and knew just how to clear their stall of fruit and vegetables each Wednesday and Saturday.

“Dad was from Edmonton and used to come to the cattle market every week to buy chickens and rabbits. In 1958 he asked the guvnor, Mr Young, if he could open a fruit and vegetable stall in the corner, so Dad had the very first stall at Barnet Market.

Our message to the people of Barnet is simple:
Unless you use it, you’ll lose it.

“When the cattle trade fell away, Mr Young let the Booths open up another fruit and vegetable stall.”

David recalls that in its heyday in the 1970s and 1980s Barnet Market was packed out with stalls. Albert and Joan had their pitch just inside the St Albans Road entrance selling fruit, and David had a separate stall selling vegetables.

David took over both stalls after his father lost a leg in a car crash 15 years ago, and his son Tyler, aged 24, took charge two years ago. Like his father, Tyler started as a boy. 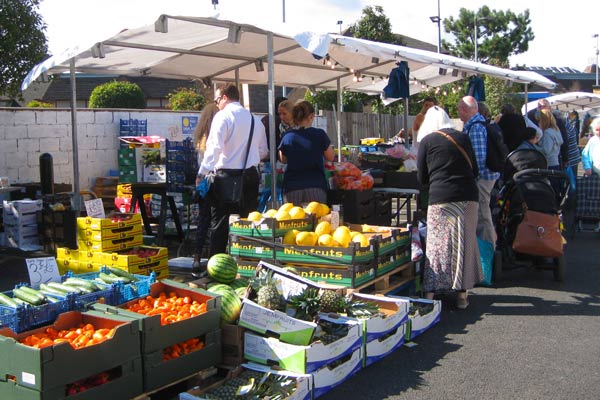 “I have been helping at the market since I was eight or nine, helping my father, so it has always been part of my life. When I left school there was no point going into anything else but fruit and veg.”

David and Tyler said their motto has always been to buy cheap and sell cheap, aiming for East End prices but West End quality.

“On Tuesdays and Fridays we leave home at 11 p.m. and get to Spitalfields market by midnight.

We buy everything fresh, load up the lorry and are back in Barnet by 3.30 a.m.

We aim to be open from 5.30 a.m. and you’d be surprised how many customers we get so early in the morning.

“So everything we sell is fresh from Spitalfields every Wednesday and Saturday morning, and we also get fresh local vegetables from a farm in Essex.”

The Bones say one reason for their success is that they are prepared to sell fruit and vegetables by the box or tray. “We sell in bulk to local restaurants, and often families buy up boxes and trays, and then share out the produce between them.”

Tyler said they were greatly concerned about the continuing uncertainty over the market’s long-term future. “We have no real concern about our own business, but obviously we are worried about the future and we realise that if the market goes down, then our stall will go with it.

“We are only as good as the market itself. Our message to the people of Barnet is simple: ‘Unless you use it, you’ll lose it.’ The Bones were the first stall at Barnet, and hopefully we will be the last one out.”