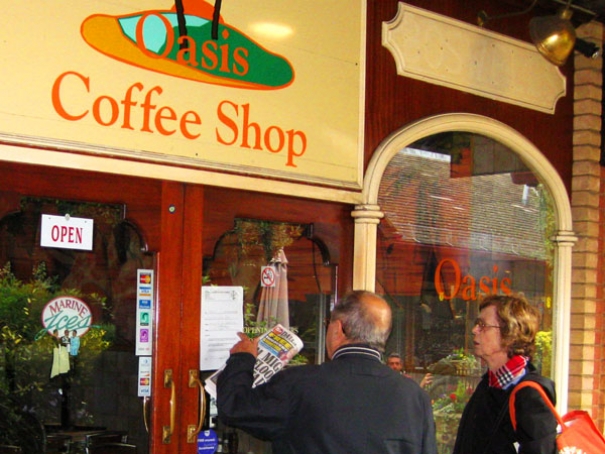 Oasis was one of the first tenants of the Spires development when it opened in 1989, and over the last two decades the cafe established a regular clientele, becoming especially popular with pensioners, the disabled and the handicapped. 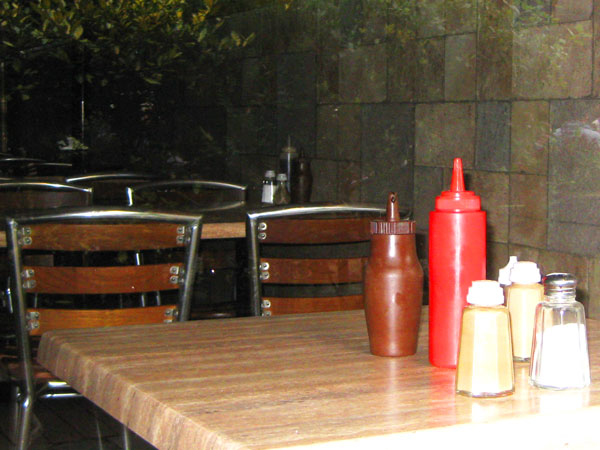 Often several wheelchairs and buggies could be seen parked outside as their owners enjoyed breakfast, lunch or perhaps just a cup of tea and a sandwich.

The absence of such a welcoming coffee shop created a real sense of loss among shoppers and passers-by who could not help but be struck by the suddenness of the closure.

“Open” said the sign in the front window; sauce bottles, salt and pepper pots were still on the tables; but the darkened interior and the notice on the firmly closed front door left no room for doubt.

It had been posted by Parkinson Bailiff Services Ltd on behalf of the landlords, The Spires (Barnet) Ltd, and said that under the terms and conditions of the lease bailiffs had entered the premises on Tuesday the 14th of October.

Another of High Barnet’s independentlyrun cafes, Kaffecinos, at 162 High Street, closed in late August after finding that the level of rent and rates meant it was no longer possible to run at a profit.

Oasis established itself long before the arrival in the High Street and the Spires of outlets of chains such as Starbucks, Costa Coffee and Harris & Hoole, which have all added to the competition.

The plight of small traders fighting against high rent and rates – and the reluctance of their customers to pay High Barnet’s complicated and punitive parking charges – is well understood by Vince Gadhavi, proprietor of The Paper Shop, which is two doors away from the now closed Kaffecinos.

“It has been really hard for the local cafes, especially with the increased competition from big-chain coffee shops and the terrible difficulty customers have in parking."

“We took over Smokers’ Paradise – now The Paper Shop – in 1987, just when the Spires was being built.Oasis was one of the first tenants when the shopping centre opened in 1989.  So many of our customers have said how sorry they are to see that the Oasis has been forced to close." 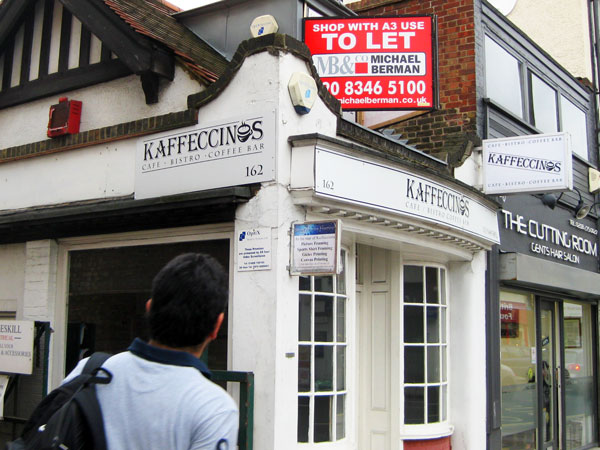 It was open for business on the Monday but we heard the waitress was told not to come in on the Tuesday and that’s when the bailiffs arrived.

The loss of Oasis came as a shock to members and supporters of the Chipping Barnet Day Centre for the Elderly which arranges activities for local pensioners and the housebound.  Maura Howells, one of the helpers at the centre, said many pensioners were among the cafe’s customers.

“What was so special about the Oasis was that the couple who ran it were so welcoming to disabled and handicapped people.  They would be there regularly, often in small groups, all having breakfast or lunch along with volunteer escorts. You could see the wheelchairs and buggies lined up outside. It was such a friendly atmosphere.”

Customers who turned up immediately after it closed stood there dumbfounded. Two pensioners from Borehamwood, who had lunch at the Oasis every Saturday, could hardly take in what had happened.  “We were here a week ago and it was packed. Now it’s closed. We can’t believe it,” they said.

It was open for business on the Monday but we heard the waitress was told not to come in on the Tuesday and that’s when the bailiffs arrived.

Another disappointed customer was Keith Abbott. “It was open as usual on the Monday and I had a coffee and then on the Tuesday my daughter said the bailiffs had been in and closed it down.”

Equally disappointed were pensioners Liam Kinsella and Bunty Flynn. “What a shame it had to close. The cafe was such a haven for the disabled and handicapped, everyone was so free and easy there, such a welcoming place.”