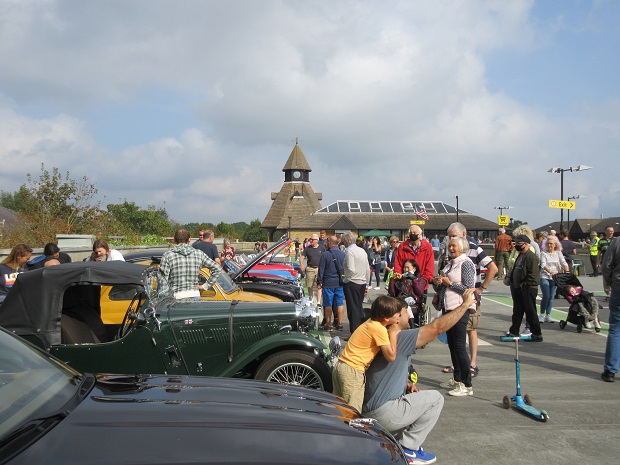 For the first time since it was opened 30 years ago the top deck of The Spires car park became a place to linger, look and admire.  Lined up was an impressive display of vintage and classic cars.

The return of Barnet Classic Car Club’s annual show was well supported despite fuel shortages at many petrol stations preventing some members from taking part.

Eighty cars and motorcycles were booked to appear, and the organisers were delighted to count 70 or more filling half the upper floor with plenty of space for the hundreds of admirers who turned out to inspect the models on show. 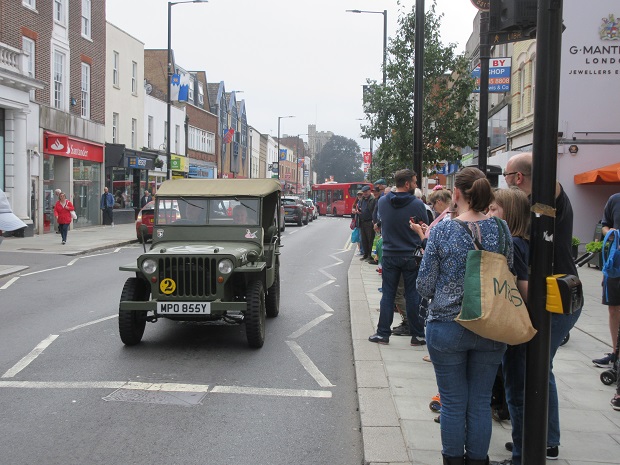 Barnet town centre was lined with people watching the cars as they paraded along the High Street and then turned into Stapylton Road and headed towards the NCP car park entrance. 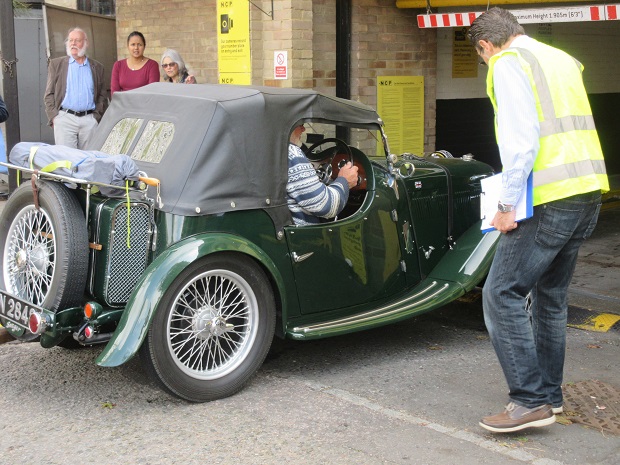 Club organiser Chris Nightingale was on hand to welcome the arrivals, check them off and guide them towards the upper floor.

“Terrible weather two years ago forced us to hold the show in the car park basement, but we have been blessed with a warm sunny day and we are delighted so many people have come along.

“Traffic lights for roadworks in the High Street did cause a bit of disruption for the parade but slowing everything down gave everyone a better view of the cars.” 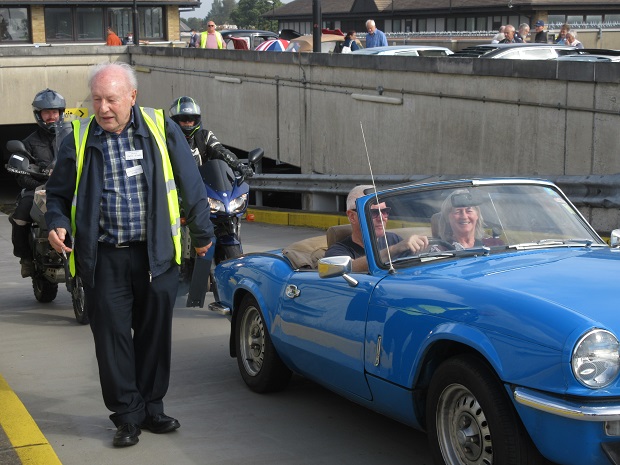 Final directions were given by club marshal and founder member Owen Jones who was thrilled the show had gone ahead despite all the uncertainties caused by the pandemic.

After checking off Lewis Green’s MGB, Owen directed the car towards its spot in the display. 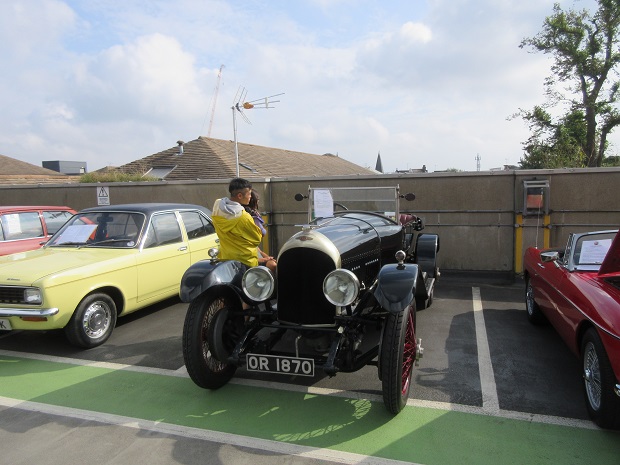 Pride of place went to the 1923 Bentley tourist trophy, owned by Paul and Pina Griffin, which was by far the most valuable of the vintage cars on display. Only ten of the 18 tourist trophy cars that were built are known to exist. 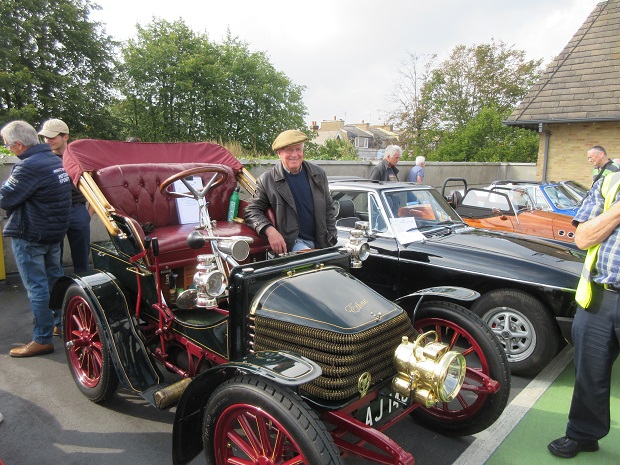 The oldest car in the show was a 1904 Wolsey 6 owned by Ken Goddard of Finchley. He bought the car 12 years ago and then spent two years restoring it.

“Shows are good fun and a chance to meet people, but usually we do lots of rallies – often,1,000 miles a year.”

Eight American cars had been booked to appear, but club marshal Howard Pryor said it was no surprise that some of the owners of these big “gas guzzlers” had stayed away, probably finding it difficult to get sufficient petrol. 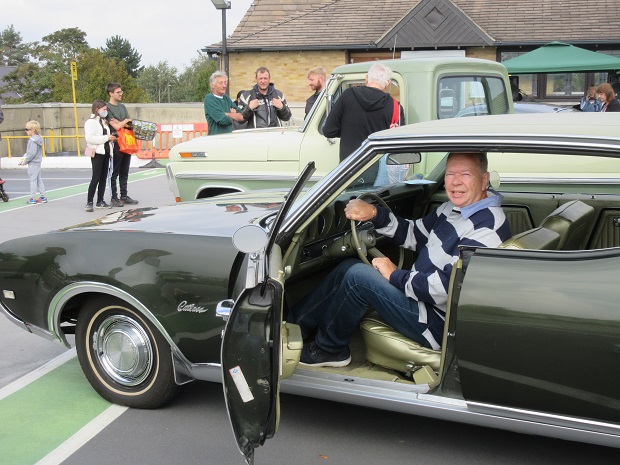 Geoffrey Laughlin, owner of a four-door Oldsmobile, was one of three who made it.

“Luckily, I only live in Stevenage and had a half a tank of petrol, so I could make it.”

Mr Laughlin bought the Oldsmobile in 1984 when he saw it advertised in Exchange and Mart for £500.  “I remember having to go out to Stowmarket to pick up her, but she was worth every penny.” 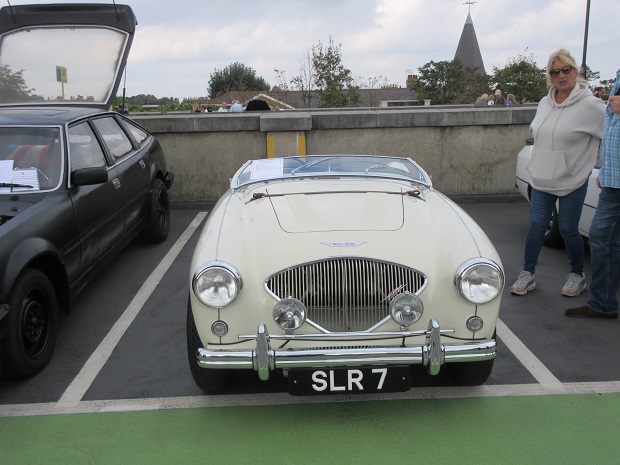 Another much admired car was a 1956 Austin-Healey, one of only eight made. The first owner was the 1950s actress Angela Lane. 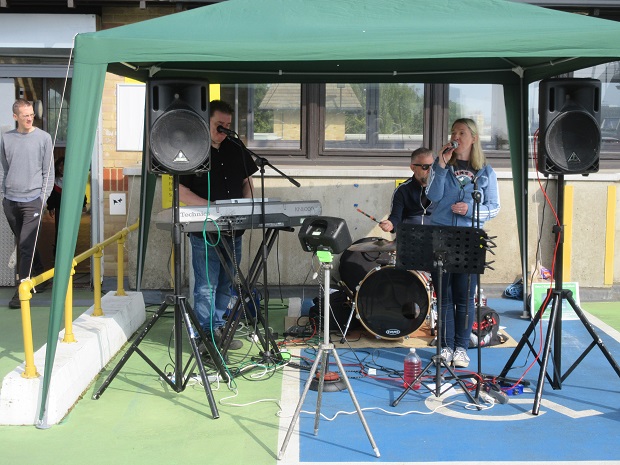 Helping to entertain the crowds as they checked out the cars and looked under car bonnets were the group Down 2 Earth featuring Katie Oldham and Paul Davis.