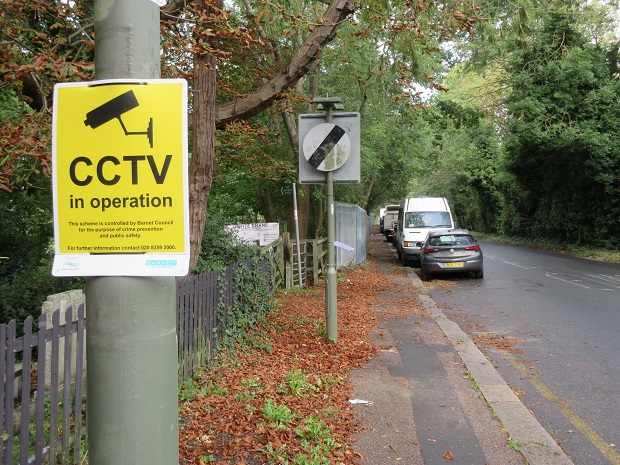 Closed circuit television and a steel security fence have been installed along a stretch of the St Albans Road to deter fly tippers who for years have taken advantage of a notorious dumping ground.

It took over a week for the Wrotham Park Estate to clear heaps of builders’ rubble, broken furniture, old electrical appliances and other detritus from the edge of the roadside and then erect a six-foot high fence.

But despite a co-ordinated effort fly tippers are now moving further along the St Albans Road – closer to the Hertfordshire boundary – where there are already several freshly-deposited heaps of bricks, rubble, empty paint tins, plastic sacks and assorted rubbish.

After complaints dating back several years, Barnet Council finally responded with the installation of CCTV cameras to monitor movements along the west side of St Albans Road, northwards from Christ Church cemetery. 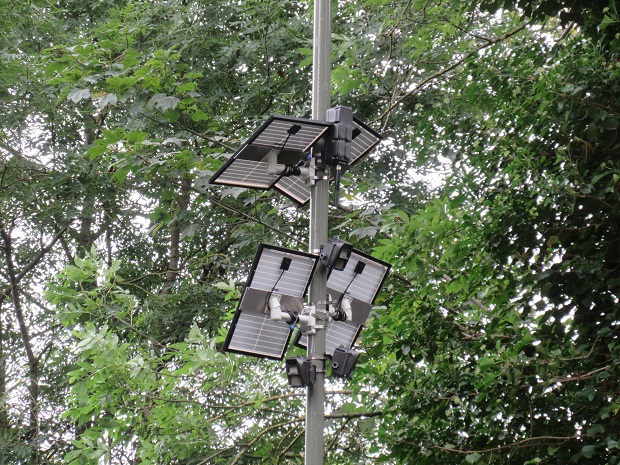 The cameras are powered by solar panels, but their effectiveness is not clear: trees along St Albans Road appear to hinder the line of sight and a tightly packed column of parked cars, vans and lorries may in some places form a visual barrier.

Repeated calls have been made for curbs on the fly tipping that has so disfigured the St Albans Road approach to High Barnet.

Undertakings that action would be taken were given in 2018 at an Engage Barnet session, by the then Conservative council leader, Richard Cornelius, and then repeated by councillors at a residents’ forum in 2019.

Barnet Residents Association hailed the installation of CCTV as a major victory in a what has been a long-running campaign – highlighted most recently in the litter picks organised by High Barnet Green Beings – to stop incessant fly tipping and to secure the removal of a hideous eyesore. 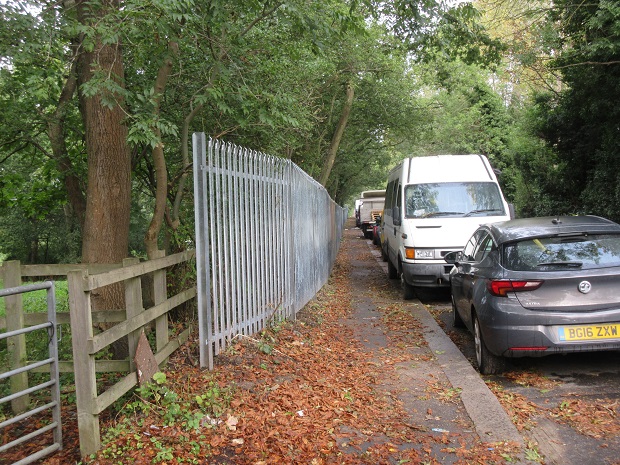 The six-foot high steel security fence extends from a gateway beside the churchyard all the way to another gateway for the approach road to stables and the start of a footpath to Calvert Road.

However, there is no protection alongside the hedge heading north and fly tippers are now leaving fresh heaps of rubbish on the section up to the entrance to the Barnet electricity grid station which is beside the boundary with the Shire London Golf Course (and the Hertsmere local authority boundary). 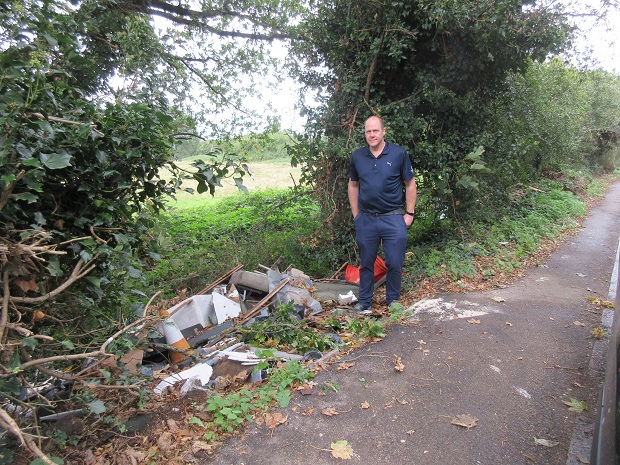 Darren Knott (above), the Shire’s events and catering manager, walks along that section of St Albans Road twice a day on his way to and from work and was delighted when the Wrotham Park Estate cleared the rubbish and erected the security fence, and the council installed CCTV cameras.

“The fence has made a real improvement and has made it much safer to walk along this section of St Albans Road, especially for staff at the golf club.

“But within a week of the fence going up the fly tippers were back, and they have now broken through the hedge and dumped a fresh load of builders’ rubble and rubbish just a few yards further along the road.

“There were already several existing heaps of rubbish between the end of the fence and the boundary with the Shire golf course and now we seem to be attracting even more.

“So, the worry is that the fly tippers will just move further and further along the St Albans Road.

“Although Barnet Council has taken action, and that is very welcome, we will have to see what action Hertsmere takes if the fly tipping continues.”

Mr Knott accepted that the two local authorities faced a real dilemma as to what to do.

The western side of St Albans Road is filled with parked vehicles, left by people who work in High Barnet or commute to London, and by the long-term parking of commercial vehicles.

“If parking along here was banned altogether and the council installed double yellow lines it would make it much harder for the fly tippers, but it would also speed up traffic along the St Albans Road and it is already much too fast for comfort.

“Perhaps the only answer is to install additional CCTV cameras, extend the security fence and repair the hedges.”

Perhaps the answer might lie with the cameras. If it is possible to collect the vehicle registration numbers of the offenders, then fines could be imposed – a fixed penalty of up to £400 and fines of up to £2,500 for severe offenders.