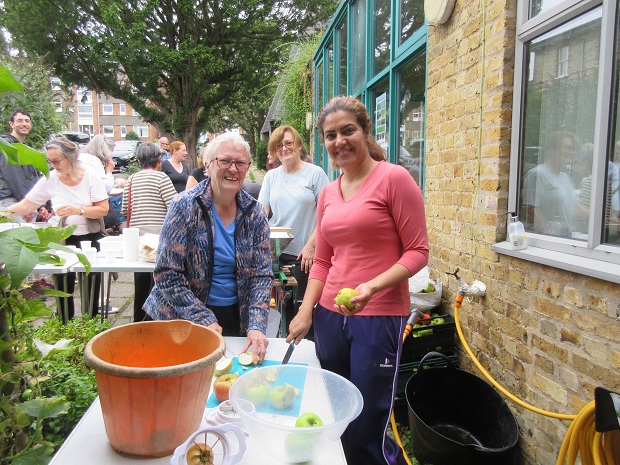 “Make you own apple juice day” attracted quite a crowd of residents and volunteers who helped to operate two apple presses set up in the garden of St John’s United Reform Church in Mowbray Road, New Barnet.

The first task was to wash and cut up the surplus apples – a task made light of by Dorothy Peryer (left) and Tinoush Tazik.

Barnet Community Harvesters, now in its second year, is busy again this autumn picking and collecting unwanted fruit and vegetables across the Borough of Barnet which are then diverted to local foodbanks and other organisations helping the needy.

Some of the apples used in the pressing had been collected locally and mixing different varieties enhanced the flavour of the juice.

The workshop was organised by self-help group Incredible Edible Barnet which was established five years encourage to encourage residents to grow fruit, vegetables, and flowers in unused community spaces. 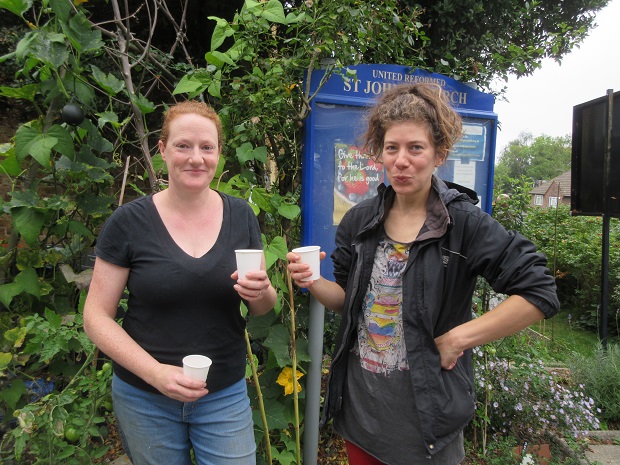 The group’s founder, Wendy Alcock (left) said this was the first time they had organised a workshop on techniques for producing apple juice.

So far this autumn, they have collected 468 kilos of apples. Much of the produce has gone to the Barnet Food Hub in the old East Barnet Library which has become a distribution centre for over 20 local foodbanks. 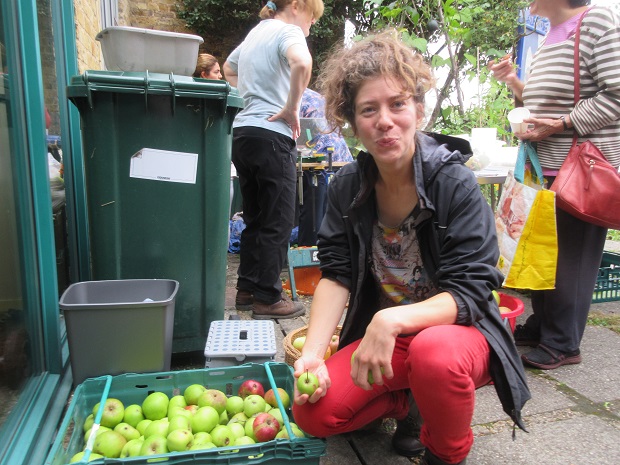 Daniella, who has a qualification in orchard management, is in the process of preparing a map of the locations of apple, walnut and other fruit and nut trees which are on public land where the produce can be picked by volunteers.

She is also researching the various apple varieties on trees in gardens and open spaces across the borough.

One long forgotten apple variety which she is searching for is a cultivar known as the Finchley Pippin – but so far it has proved elusive. 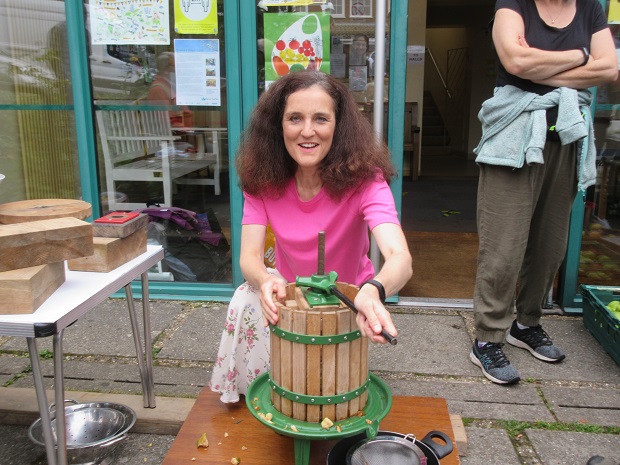 One of those who tried their hand at working the apple press was the Chipping Barnet MP Theresa Villiers who had been invited to the event by Greenpeace.

Wendy was impressed by the turnout for the workshop -- where there was not only apple juice to be tasted but also apple cake and courgette cake.

“Incredible Edible is all about reducing food waste – and one way to do that is develop community gardens where anyone and everyone can grow and then enjoy their own food.”

All the waste apple pulp was diverted to the compost bins in the garden at St John’s Church where there were workshops on wormery and composting.