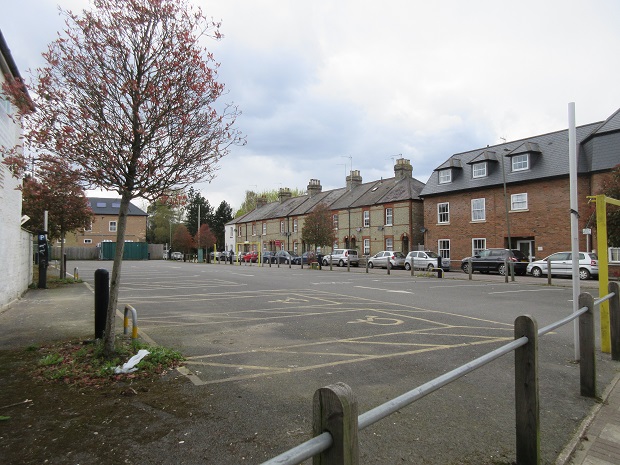 Land Registry documents hold the answer to at least some of the mystery surrounding the ownership and future of High Barnet's vacant market site: the land is now owned by Aberdeen City Council which purchased the site for £4 million in April 2019.

The extent of the financial dealings that have resulted in a Scottish local authority owning such a prime town centre location in a north London suburb will only confirm the views of local organisations and residents that there has been a scandalous lack of support for Barnet’s twice weekly stalls market and its traders.

Planning permission to build a 100-bed Premier Inn on the former market site – at the corner of St Albans Road and Chipping Close – expires in November this year.

Despite requests to the parent company from the Barnet Society, Whitbread Group plc has given no indication about its plans.

Uncertainty about the future of the market site has been heightened by the announcement last month by real estate advisers Savills that the adjoining Spires shopping centre is on the market for £25 million with the option of being redeveloped with a mix of flats and retail units. 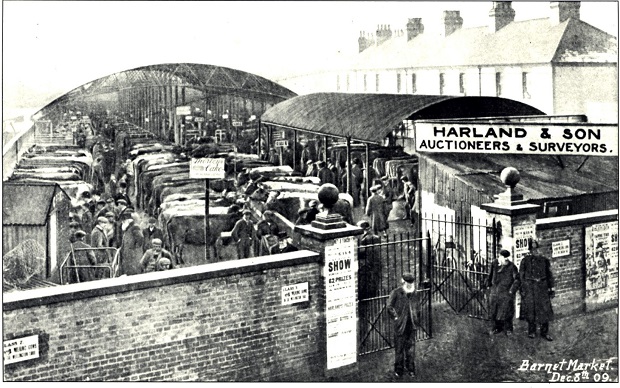 A Land Registry record of the sale of the land for £4 million is another illustration of the tangled financial dealings behind the sad history of what was once Barnet’s famous cattle market and what became a thriving twice-weekly stalls market offering fruit and vegetables, meat, fish, household, and general items.

A charter for the market was issued by King John in August 1199 and the medieval market grew up at the point where the High Street and Wood Street diverge.

New charters were issued in later years and it moved to its location in St Albans Road in 1865 and was a successful cattle market until 1959 when it switched to becoming a stall market. 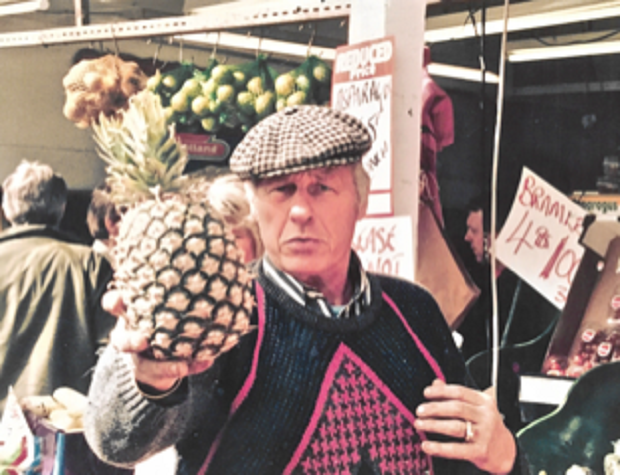 The first fruit and vegetable stall holder – see above – was Albert Bone whose son David and grandson Tyler continue to operate the Bones’ stall on the market’s current site at the bandstand entrance to the Spires.

It was in 1999 that the future of the market started to change. William Harding Young of auctioneers and surveyors Harland and Son, the market’s long-standing operators, sold the site to Nigel and Melanie Walsh in a sealed bidding sale.

There were ill-fated plans to redevelop the site with a block of 14 flats with a stall market at ground floor level and a basement car park.

Clearance of the site in started in 2008 and this required the market to move to a temporary site on Stapylton Road car park, but the project failed to proceed because of a lack of finance and the market returned to St Albans Road in November 2009.

In 2011, Mr and Mrs Walsh sold the site to the Swiss bank UBS Triton which had already purchased the Spires shopping centre. UBS developed plans to extend Waitrose supermarket and build a three-storey anchor store in the eastern courtyard.

However, that possibility receded when the property group William Pears became the new owners of the Spires in April 2013 and the expansion plans were dropped.

Pears inherited the marketplace and one of their first initiatives – which was greeted with a chorus of approval from groups such as the Friends of Barnet Market and the Barnet Society -- was to announce that the St Albans Road site would be resurfaced and up graded at a cost of £100,000 and that other than on market days it would become a car park.

Further research is needed to unlock the full story behind the Scottish connection, but ownership of the marketplace passed to the Edinburgh based company, Locate Developments (Hotels) Ltd, which applied for planning permission to build the Premier Inn for Whitbread.

There is no indication yet as to the price Locate Developments paid for the marketplace. 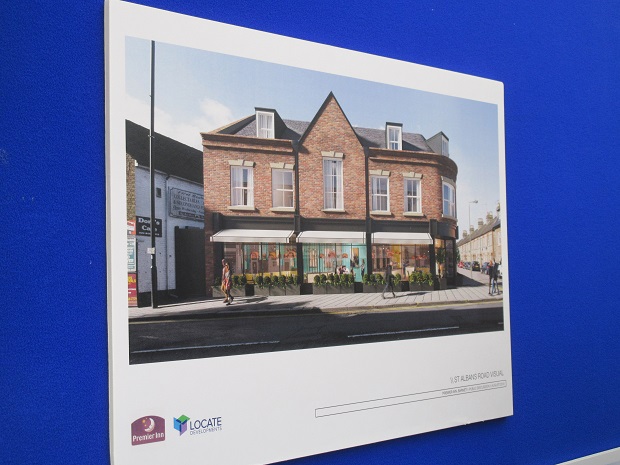 After strong feelings were expressed both for and against the proposed Premier Inn, the plan for a 100-bed hotel and restaurant was finally approved in November 2018 – but approval that was limited to three years and expires in November 2021.

Within five months of securing planning permission, Locate Developments sold the site for £4 million to Aberdeen City Council in the care of its finance company, Aberdeen Standard Investments.

The decision of the Spires’ current owners, the Canadian pension fund AIMCO to put the shopping centre up for sale with the option of redeveloping the site raises questions about the future of the whole surrounding site including the former marketplace.

After gaining approval, Whitbread said the new Premier Inn was due to open in time for Christmas 2020 – a target date that inevitably became a casualty of the covid-19 pandemic.

No indication has been given of a revised opening date, which is hardly surprising given the slump in hotel bookings and the loss of 6,000 jobs in the Premier Inn chain.

The offer price for the Spires is £25 million, although AIMCO bought it for £40 million in 2015, illustrates the dramatic fall in the value of shopping centres across the country.

The freehold ownership of the Spires site was retained by Barnet Council when the Lovell Group put together the original deal to build a walk-through shopping centre with the main entrance on the High Street, leading to Waitrose and the NCP car park on Stapylton Road.

The Spires, which opened in 1989, was named after the twin spires of the former Methodist Church which have been incorporated into the High Street entrance.