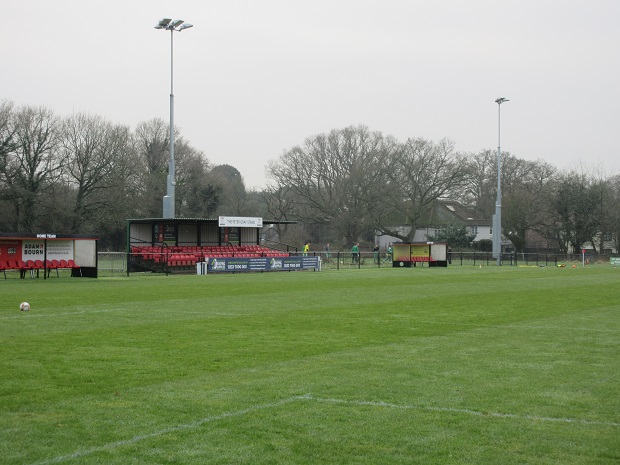 Hadley FC, the oldest football club playing in Barnet, are about to launch a £200,000 appeal for the installation of an all-weather Astro turf pitch at their ground in Brickfield Lane, Arkley.

“Come on you Bricks” is now rivalling the shout of “Up the Bees” – the chant that was heard regularly at the now demolished Underhill stadium in the years before Barnet FC moved to the Hive, at Edgware.

Converting a practice area beside the main ground into a new nine-a-side pitch, available whatever the weather, would represent another leap in the club’s development and their hopes for promotion.

Over £500,000 has already been invested in upgrading the club’s facilities

Weekly attendances for Hadley FC’s home matches average well over 100 and the club – established in 1882 – is aiming to become a regular home attraction for many more Barnet football fans as they bid for promotion to division one of the Isthmian League. 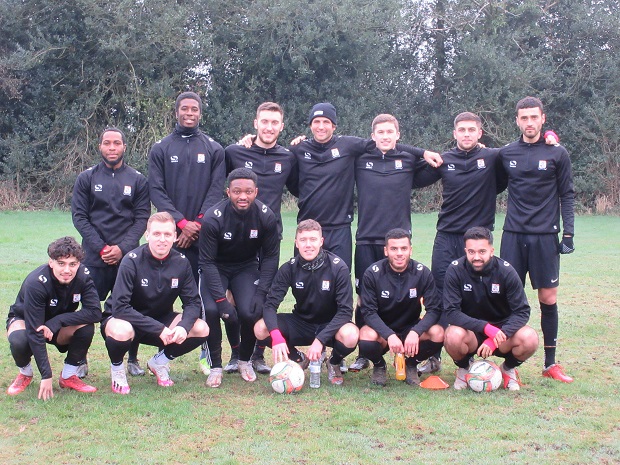 Promotion hopes were strengthened with their latest 4-0 win against Holmer Green FC (15.1.2022) which keeps Hadley within the top four of the Spartan South Midlands League Premier Division. Hadley were 3-0 up at half time, and then added a fourth goal.

Hadley have now won their last nine league games – a winning run which has earned the club their second team award.

Other recent successes included a 4-0 away victory against New Salamis in a post-Christmas fixture and a 2-0 win against Harpenden Town in their first match of 2022. 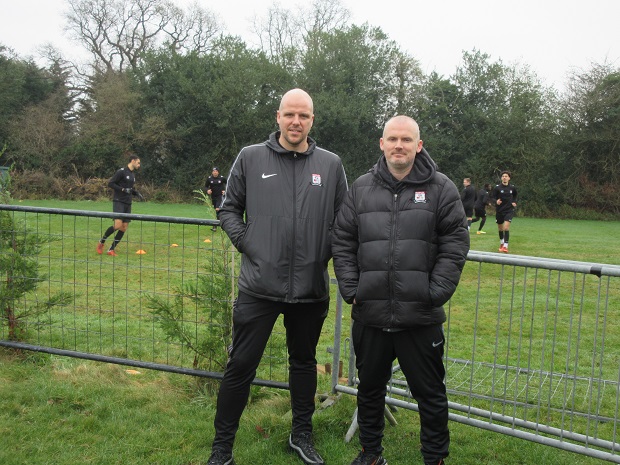 Team manager Anthony Clark (right) was full of praise for the team’s run in their FA Cup qualifying round – Hadley drew 1-1 at Enfield Town but then fell to a 2-1 defeat on the replay.

Planning permission for an Astro turf pitch, fencing and floodlights was obtained from Barnet Council late in 2021 and club general manager Steve Gray (left) says if fund raising is successful, Hadley would hope to have the new all-weather pitch ready for next season and the start of training.

“We already have four youth teams at present, but a new nine-a-side pitch would allow us to accommodate even more youngsters as well as well as provide space for all-weather training.”

Another initiative would be to host walking football for the over-50s – older players play at walking pace rather having to run. 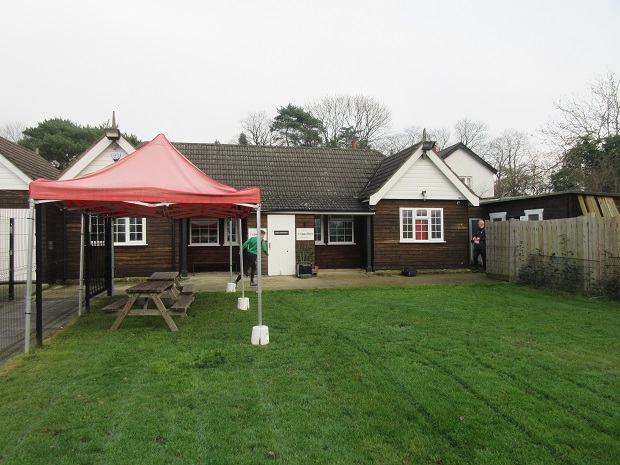 Having secured a long-term lease on its ground at Brickfield Lane, the club embarked on the £500,000 upgrade which included £100,000 on pitch drainage, the installation of floodlights, pathways, a spectator stand and the refurbishment of the pavilion, clubhouse and changing rooms.

The work was financed by grants and donations from the Football Stadia Improvement Fund, Sport England, the Peter Harrison Foundation, the Happy Charitable Trust, Village Healthcare and the Back2Barnet campaign which had raised money in the hope of Barnet FC returning to High Barnet after leaving the Underhill stadium in 2013.

Hadley FC, founded six years earlier than Barnet FC, used to attract crowds of several hundred to their games on Hadley Common in the club’s early glory years in the 1880s and 1890s.

A notable achievement in its early years was a 1-0 defeat of Tottenham Hotspur but gradually Barnet FC drew players away from Hadley and their activities hit a low key as by 1912 Barnet had become the most prominent.