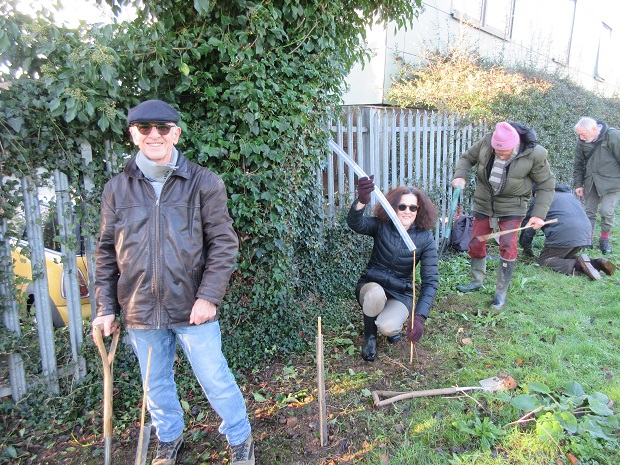 Volunteer working parties are supporting the Barnet Society's latest tree planting initiative -- to create a 300 to 400-metre-long hawthorn hedge that should blossom each May and enhance still further the appeal of Barnet Hill.

Fifty Norway maples, which were planted beside the A1000 in 1999 to celebrate the millennium, have already created a widely admired tree-lined approach to High Barnet.

Chipping Barnet MP Theresa Villiers joined the first of three groups of volunteers planting hawthorn saplings to form a hedge along the western boundary of Barnet Hill to help screen the buildings within the Vale Drive Primary Care Centre.

Ms Villiers is seen here (from left to right) with Barnet Councillor Paul Edwards, volunteer Geoffrey Crabtree and Robin Bishop, who leads for the Barnet Society on environmental issues.

Mr Bishop welcomed a ten-strong working party to ready to plant 60 saplings – another step towards completing the three-year project to create a hawthorn hedge from St Catherine’s Primary School to the Vale Drive clinic.

More hawthorn saplings are on order from the Woodland Trust and two further working parties are planned.

Mr Bishop said completion of the hedge was all part of the master plan devised by Barnet Society stalwart David Lee who first persuaded Barnet Council to plant the line of maples on what had previously been "a bare hillside".

“David is nearly 92, and unable to be with us but sends his best wishes.” 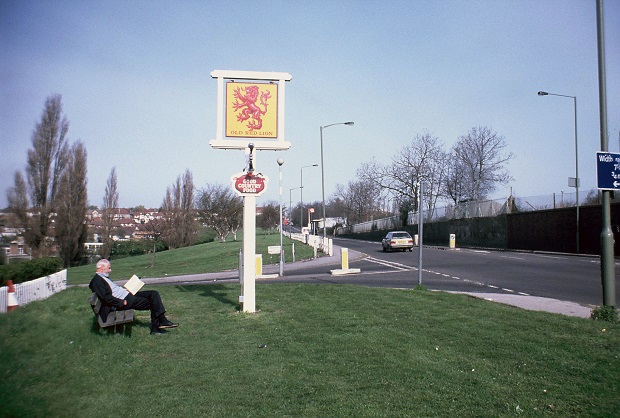 David Paul, who was one of the tree planting volunteers, unearthed this slide which he took of Barnet Hill in 1991 well before the Maples were planted, when it was a bare and bleak landscape (and before the container yard was established on the opposite side of the road).

Ms Villiers expressed her delight at being invited to join the tree planting and to help pay tribute to David Lee for his inspiration in creating the “magnificent row of trees” that adds so much to Barnet Hill.

She shared the government’s commitment to increase tree planting as a way of encouraging biodiversity and carbon capture. 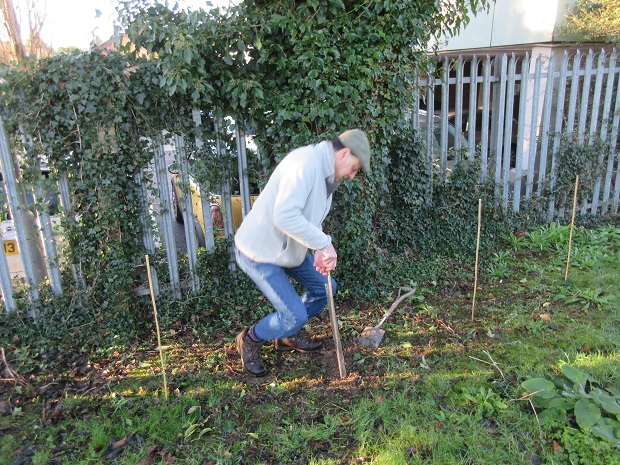 The first of the latest saplings was planted by Barnet Society committee member Simon Cohen and as the planting commemorated Tu Bishvat, the Jewish New Year for Trees, he gave a Jewish blessing for a newly planted tree.

Ms Villiers and Councillor Edwards, who represents Underhill ward, both congratulated the society on its tree-planting initiatives.

When told of Barnet Town Team’s suggestion that a tree should be planted to celebrate the Queen’s platinum jubilee, they both thought an appropriate location would be Hadley Green.