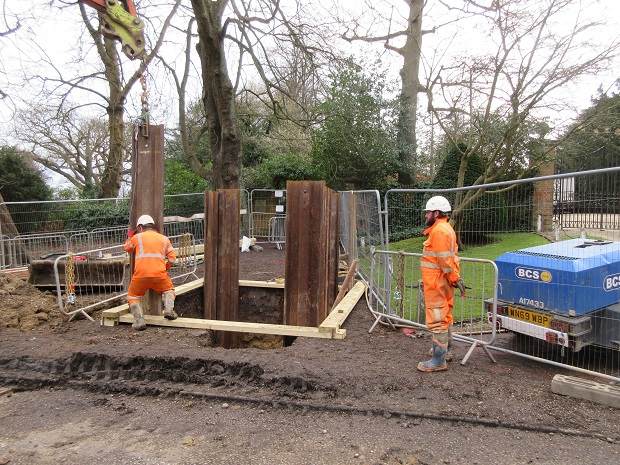 Contractors laying a new water main across Monken Hadley Common have started the most delicate part of the work -- constructing a 17-metre long tunnel under the historic arched gateway along the footpath that leads to King George's Field.

The aim is to ensure there is no disturbance to the brick-built gate. 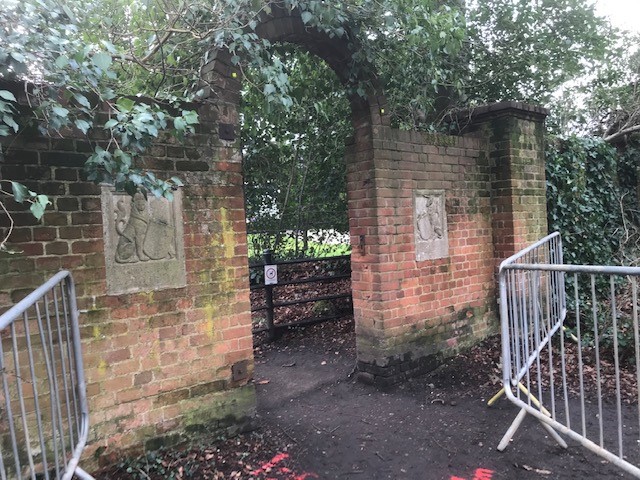 It has a lion and a unicorn embedded in pillars either side and was constructed when the field was opened for public use as a memorial to King George V after his death in 1936.

Installation of the new water main, across Monken Hadley Common, has been completed and topsoil is due to be replaced once the ground dries out.

Work has started on the next 160-metre section to be laid under the Hadley Common roadway – which will be closed to traffic until April – and the new main will then proceed in a tunnel underneath the arched gateway as it follows the footpath into King George’s Field.

The new main, to boost water pressure in Hadley Wood, will then proceed across the playing fields of Queen Elizabeth’s Girls’ School, to connect with a water main in Barnet High Street.

Nearby residents have welcomed the care being exercised by the contractors, Barhale & Co, to ensure there is no damage to the gateway commemorating King George V. 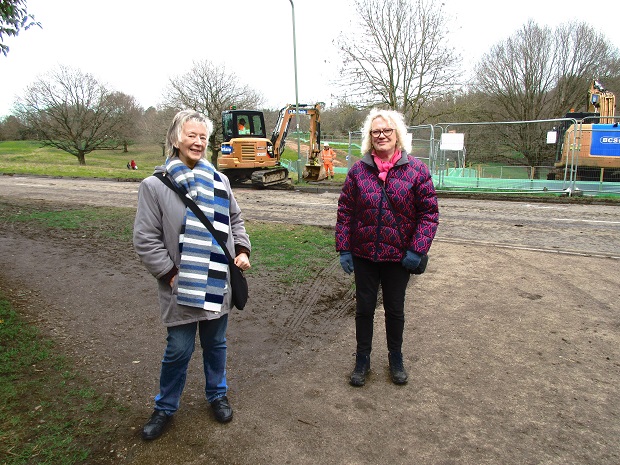 Tricia Narracott-Wales, of Hadley Grove, (seen here with Elaine Padmore, left) said it was reassuring to be told that a tunnel would take the water main under the gate to ensure it was preserved intact and that there was the least possible disturbance to the nearby horse-chestnut trees.

Ruben, the site engineer, was confident the 17-metre tunnel would avoid any damage. The entrance would have to be closed for a short period once work began laying the water main under the footpath. 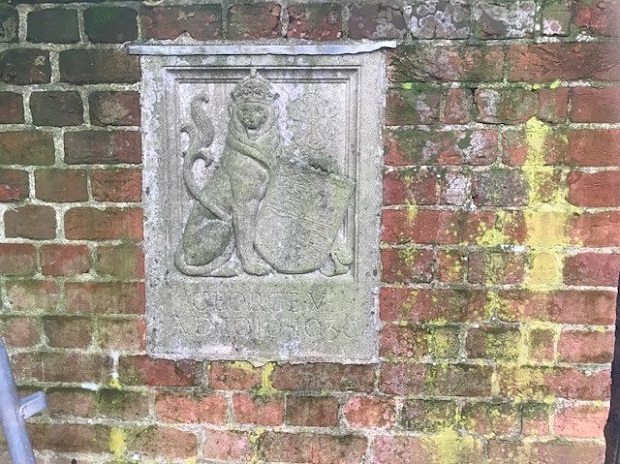 The arched gate, with lion and unicorn either side, and the inscription King George V AD 1910-1936, is a much-loved feature of the Hadley Common scene.

There are similar King George V fields around the country which were opened as a memorial to his reign – they are all legally protected as places for public recreation through a deed of dedication established by the Fields in Trust charity.

The Barnet field -- of 28 hectares – is listed as being of grade II for importance for nature conservation. 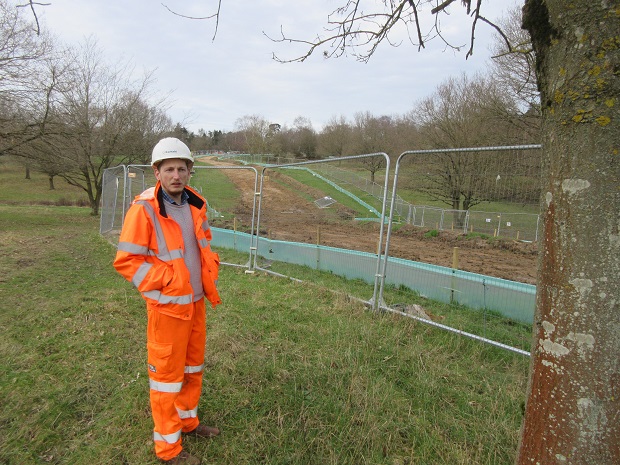 Installation of the new main for Affinity Water began last autumn – extending from Cockfosters Road, up Beech Hill, and Camlet Way, and across the common and through the fields to Barnet High Street.

The completed section across the common is drying out ready for the topsoil to be replaced.

Plastic barriers and traps were set up to safeguard great crested newts and other protected species whose habitat might have been disturbed.

The 160-metre section along Hadley Common roadway will take some weeks because of other buried main services, including gas, water, and sewerage.