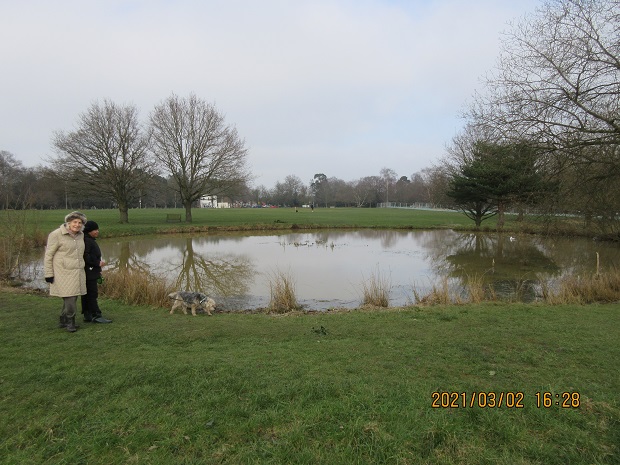 Gladsmuir pond, a much-loved feature of Monken Hadley Common, is being recolonised by smooth and great crested newts which are returning following their winter hibernation in the nearby woods and grassland.

Elaborate precautions were taken during the installation of a new water main across the common because a trench had to be dug across the newts’ migration path.

Ecologists working for Affinity Water and their contractors, Barhale & Co, told the Barnet Society that well over 200 smooth newts and 50 great created newts have been observed making their way to the pond.

“We know that our mitigation attempts to preserve the great crested newts, which are protected species, and their habitat, have been successful.

“There is now a large breeding population in the pond ready to breed this season.” 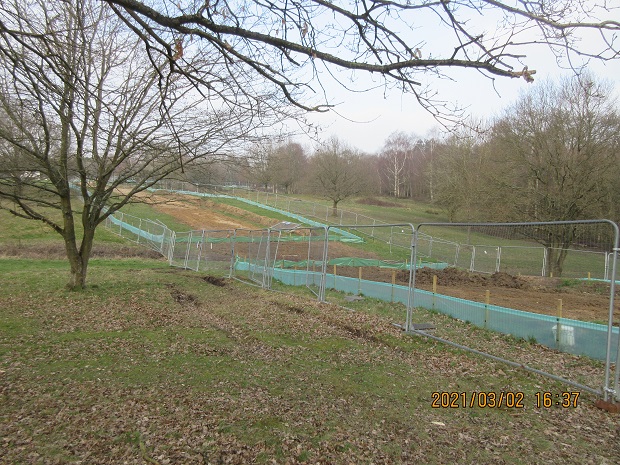 With the approach of spring, the ecologists opened a corridor within the fenced area where the main has been installed. 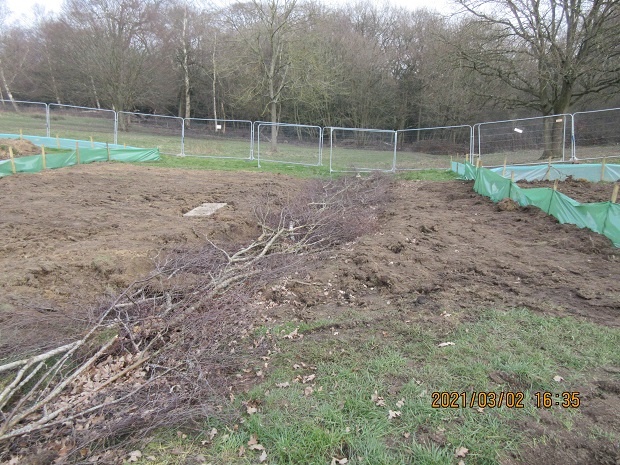 This allowed newts to proceed through the excavated area and along the route of the ditch that links the woodland to the pond.

Gladsmuir Pond, which borders Hadley Common Road near the junction with Camlet Way, has been enhanced by the conservation team as part of the contract.

The majority of the bullrush, which was dominating half of the pond, has been removed. There has also been work to de-silt the pond and control other invasive species in the hope of increasing the pond’s biodiversity. 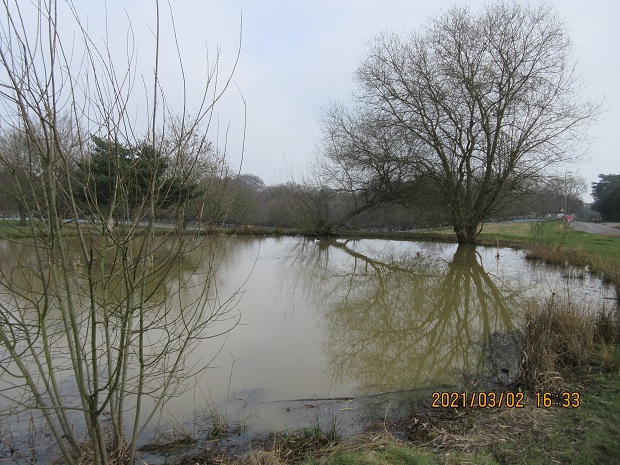 Ducks and several gulls have already returned, and the pond’s makeover has been welcomed by nearby residents.

Maureen Olley – seen with her companion Vilma and their dog Bertie – said she enjoyed seeing the pond through the different seasons of the year.

“I’ve lived in Monken Hadley ever since I got married when I was 26. It’s always been part of the family and we’re so pleased so much care has been taken to protect the wildlife.”

Once the excavated ground has dried out topsoil will be replaced along the route of the water main and the whole area re-sown with a wildflower grassland mix of seeds. Protective fencing will remain for a period to protect the newly sown land.

Environmental safeguards to protect the newts were required when over 40 great crested newts were discovered in the pond last summer.

As a precaution the route of the water main was fenced off last autumn and within the protected area additional plastic barriers and traps were installed to safeguard newts on their route to hibernation under the nearby trees and scrubland.

During the trapping period, the ecologists found four adult female great crested newts, 15 smooth newts, four slow worms and several toads and frogs which were transferred to the safety of the woodland.

Installation of the water main across the common was completed in mid-February and the contractors are now laying the section along Hadley Common Road and on into King George’s Field.