A 1960s self-built house, described by the Barnet Society as being "uncompromisingly modern" for its period, was used for shooting scenes for a six-part thriller Ragdoll from the producers of Killing Eve.

Camera crews, technicians and support staff lined up outside the house in Granville Road, round the corner from the nearby Queen’s Road industrial estate, off Wood Street, where Sid Gentle Films, have created a temporary studio in a vacant warehouse.

Ragdoll is being billed as a gruesome drama and revolves around the murder of six people whose bodies have been dismembered and sewn into the shape of one grotesque body nicknamed “The Ragdoll”. 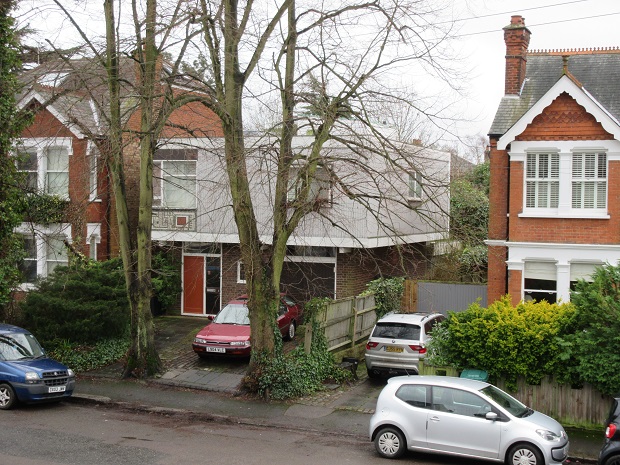 Sitting right in the middle of a typical Barnet street of Edwardian homes, the eye-catching 1960s house was designed and built by retired architect Fred Hobart, now 91, and it is still family his home.

The cantilevered design of the house and its forward-thinking features attract admiring comments, especially from Scandinavian and American visitors more familiar with modern housing concepts.

After a submission from the Barnet Society, it was included in a list of 45 local buildings which have been added to Barnet Council’s local list of buildings of architectural or historic interest.

The house that Fred built clearly caught the eye of the Ragdoll producers as a possible location not least because of its remarkably intact interior finishes which include exposed brickwork inside on the ground floor, complemented by veneered wood panelling and tongue-and-groove pine panels, and rooms upstairs with elm and mahogany panels.

Nearby residents were warned the night before that filming was about to take place for a new tv drama – and that the cast and crew were in full compliance with the Covid.29 working practices for the film industry. 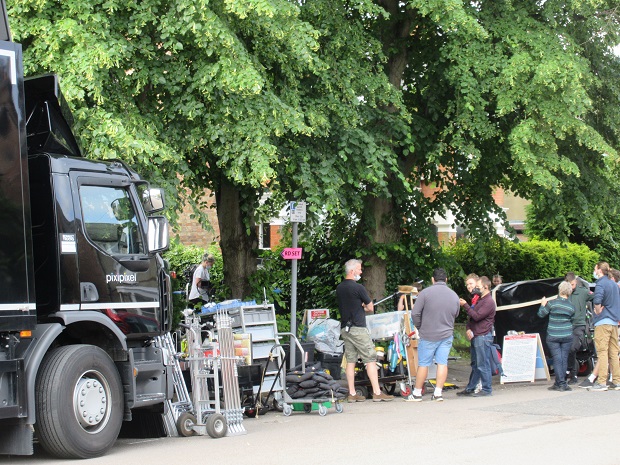 All the shots were interior scenes so the location manager, Danion Hughes, told the neighbours he believed there would be minimal disruption during the filming by Sid Gentle Films, a BBC Studios-backed independent production company.

“All filming activity on location in and around London cannot take place without the ongoing support of residents and businesses, and for this we are extremely grateful.”

Ragdoll, adapted from the novel by Daniel Cole, has been adapted for television by Freddy Syborn, who promises it will be “visually exciting and darkly funny”, a modern-day Faustian thriller.

The “Ragdoll killer” taunts the police by sending them a list of his next victims as the Met struggles to respond to this “gruesomely imaginative killer”.

The Barnet Society’s submission to secure local listing for Mr Hobart’s house acknowledged that when it was designed in 1958 and completed in 1961 the contrast with the rest of the Victorian and Edwardian street would have caused difficulties with planners and building inspectors, but today “it impresses by its logic and graceful simplicity”.

Mr Hobart built the house himself with his father. His latest improvement to the house is an internal lift large enough for a wheelchair – an addition that he says will allow himself and his wife Blanche to go on living there, and enjoying every room, even if it become too difficult for them to climb the stairs.

The total bill for the original building materials that were needed, and the contractors they hired, was £6,000.