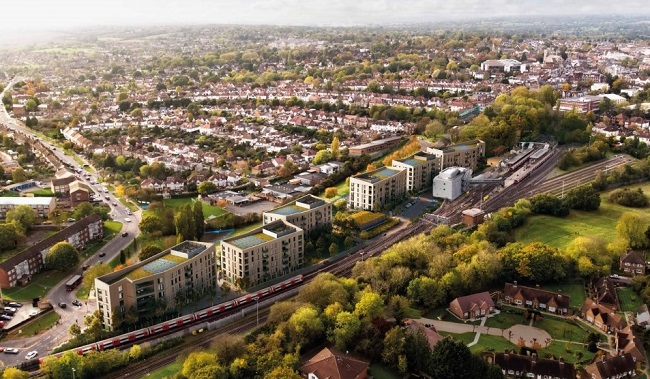 A plan to construct as many as six blocks of flats over the car park and storage yard at High Barnet tube station appears to have been abandoned -- at least for the foreseeable future.

House builders Taylor Wimpey have pulled out of two massive schemes – at High Barnet and Finchley Central – which were being developed in partnership with Transport for London.

In a statement, TfL say they will have to consider how to proceed with their intention to build new homes on car parks and surplus land at tube station sites.

There will now be further discussions with Barnet Council and community groups.

Theresa Villiers, MP for Chipping Barnet, said the withdrawal of Taylor Wimpey was “very good news” for the local campaigns to save tube station car parks and it vindicated local opposition to the loss of such valuable car parking space.

“While TfL do not say they have abandoned their plans for High Barnet and Finchley Central, the loss of their development partner must be a very big setback for them,” said Ms Villiers.

“At the very least, it will mean a significant delay. So, I believe we are now much closer to beating these proposals and saving station car parks.”

A letter to Ms Villiers from Patrick Clark, of TfL commercial development, gives no explanation for Taylor Wimpey’s exit from the projects.

Work had continued with the company during the last year and a half, but TfL say “unfortunately, as a result of the Covid.19 pandemic, Taylor Wimpey have restructured and no longer wish to purse the opportunities for new homes in Barnet.”

The Barnet Society understands TfL is seeking a replacement partner for High Barnet and Finchley Central, but continuing doubts about the extent of the return of commuter traffic within the Greater London area and the whole working from home phenomenon have created considerable unease among developers, as has the size of TfL’s deficit and its likely impact on investment money for redevelopment partnerships such as the tube station car park schemes. 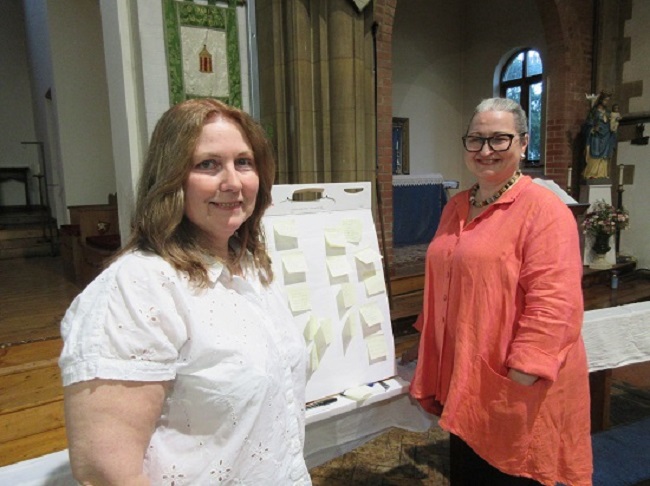 The Hands Off High Barnet campaign – founded by Gaynor Bond (right) with Kim Ambridge – are overjoyed by the news of Taylor Wimpey’s withdrawal which they say is another vindication of their objections to the loss of car parking space at High Barnet.

Ms Bond thanked all those who had campaigned with them and lobbied on their behalf. "Unless TfL can find another building partner, the project is on hold, if not dead. If Taylor Wimpey can't make the project financially viable, it seems unlikely a small builder will, especially due to the problems with building so close to Barnet Hill."

Their campaign, backed by a Facebook group which has over 1,100 members, has been active in recent weeks calling for objections to a similar scheme to build four high-rise blocks of flats at Cockfosters tube station car park.

TfL have applied to Enfield Council for permission to build 351 flats in a scheme that would include one 14-storey block.

Robin Bishop, who leads for the Barnet Society on planning and environment, added his voice to the welcome for Taylor Wimpey’s exit from the High Barnet scheme.

“There does seem every reason to think that the plan for so many blocks of flats has been abandoned.

“Let’s hope TfL take this opportunity to rethink their plans for building over car parks and surplus land at tube stations and come up with something which is less damaging for the neighbourhood and preserves much more of the essential space needed for parking cars.”

There were indications in October 2020 – six months into the Covid.19 pandemic – that Taylor Wimpey were having second thoughts. A planning application, which had had been expected for some months, failed to materialise.

Despite the scaling back, the Barnet Society condemned the revised plan, insisting that six high-rise blocks were “monotonous and would dominate views” up Barnet Hill and long-term parking spaces would be cut to a sixth of current capacity.