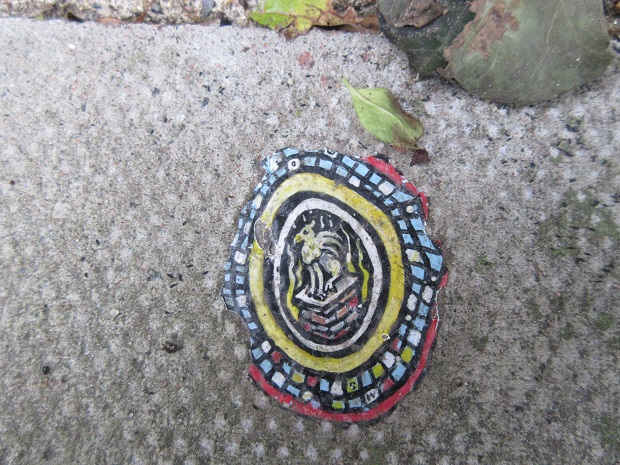 Anyone walking along the footpath at the junction of Alston Road and Carnarvon Road should make the effort to search out a fascinating trail of 21 illustrations by a celebrated pavement artist who was brought up in Barnet and whose miniature paintings on blobs of chewing gum have gained international recognition.

Ben Wilson – who was featured recently across three pages of The Observer magazine – painted a series of miniatures when visiting his mother.

From the corner of Alston Road and into Carnarvon Road, the 21 tiny paintings are tucked away just where the pavement abuts garden walls.

Some of the illustrations are rather the worse for wear, a little ragged around the edges, but their vivid design and colouring lives on.

Several are dated from around 2016 including one illustrating a griffin, which matches the griffin on brick pillars at the entrance to a house at the junction of the road. 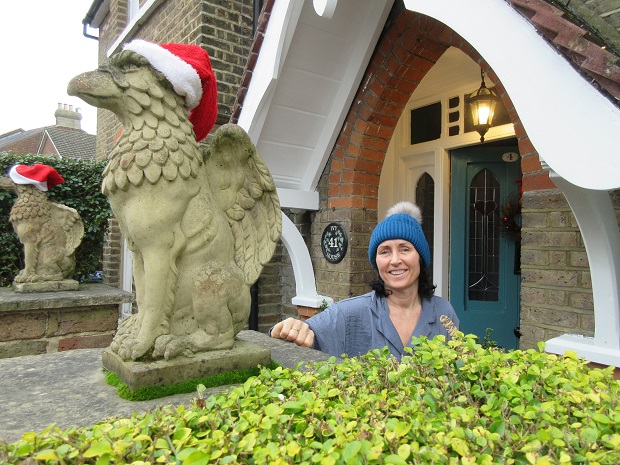 A personalised chewing-gum miniature is a source of constant delight for Carnarvon Road resident Meri Bartley who is a great admirer of the artist’s work.

“Ben did our paintings when visiting his mother a few doors away. We are so fond of our miniature griffin on the pavement just outside the house.

“Everyone loves the way these tiny images are all so personal and reflect our neighbourhood. 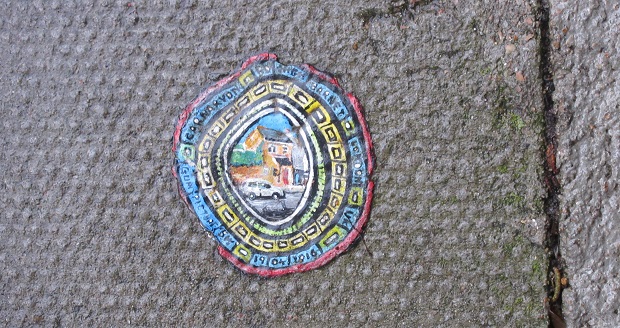 “Another one features the house opposite in Alston Road, and as well as our griffin, there is also one of a cat.” 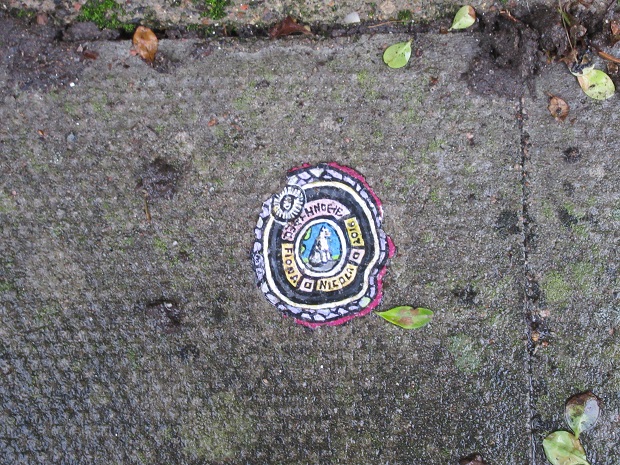 In previous years Ben Wilson, who now lives near Muswell Hill, was sometimes seen painting his chewing gum illustrations along Barnet High Street, down towards the tube station.

Much of this trail is long gone, having disappeared during pavement improvements, or has been worn away, but six rather battered images can still be seen between Tesco Express and the junction with Park Road. 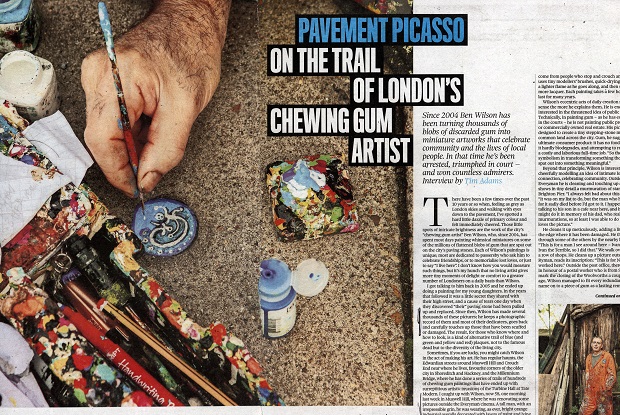 In The Observer’s feature – by writer Tim Adams and photographer Antonio Olmos – he describes how he started painting miniature illustrations on flattened blobs of gum that had been spat out on pavements.

Each painting is unique, and most are dedicated to passers-by or nearby residents. He has always refused to take any money for his gum pictures.

Over the years he has completed a series of trails of hundreds of chewing gum paintings across London, including the Millennium Bridge.

He has won international recognition for his work and has been commissioned to complete trails in various cities, including Zurich, Brussels and Amsterdam.

“He first softens the oval of flattened gum a little with a blowtorch, sprays it with lacquer and then applies three coats are acrylic enamel, usually to a design from his latest book of requests that come from people who stop and crouch and talk.

“He uses tiny modellers’ brushes, quick-drying his work with a lighter flame as he goes along, and then seals it with more lacquer. Each painting takes a few hours and can last for many years.

“His pictures are designed to create a tiny stepping-stone mosaic of common land across the city. Gum, he suggests, is the ultimate consumer product: it has no food value at all, it hardly biodegrades, and attempting to remove it is a costly and laborious full-time job. ‘So, there is some symbolism in transforming something thoughtlessly spat out into something meaningful’.

“Beyond that principle, Wilson is interested in cheerfully modelling an idea of intimate local connection, celebrating community.” 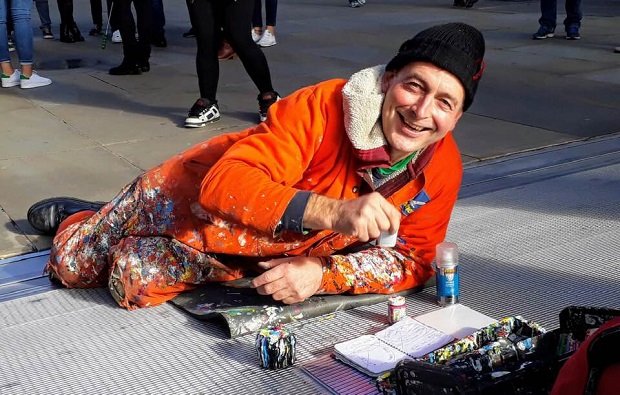 Read more about Ben Wilson’s “gum pics” and the timeline of the artistic work of the “chewing gum man” since he started in 2004:  https://benwilsonchewinggumman.com/