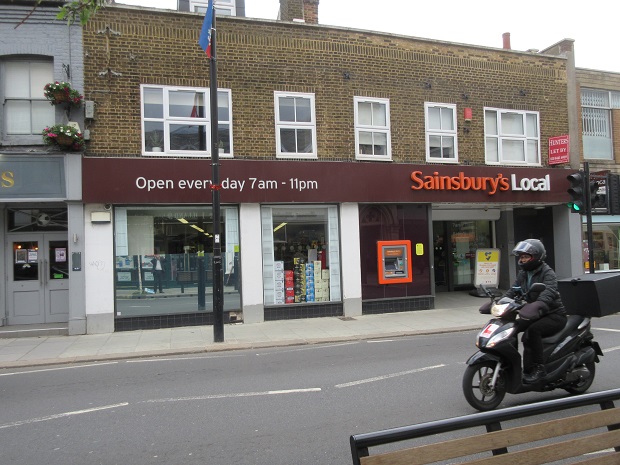 Sainsbury’s said the closure had been a “difficult decision” and the company recognised that this would be an unsettling time for the staff.

All possible support would be offered to those affected and every effort would be made to explore alternative roles for them within Sainsbury’s.

News of Sainsbury's departure from the High Street follows the loss earlier this year of Harry's traditional butchers and fishmongers and the imminent closure of the zero waste shop Kronos and Rhea, suppliers of specialist foods.

The company hoped customers would continue to shop with Sainsbury’s at its superstores at New Barnet and Potters Bar and other nearby sites.

Closure of the convenience store will result in the loss of another High Street cash machine – on top of the recent loss of cash machines outside former branches of the banks HSBC and TSB.

No indication was given by the company as to the precise reason for the closure but the owners of neighbouring shops in the High Street say there had been a recent rent review.

The long opening hours of Sainsbury Locals – from 7am to 11pm, seven days a week – were extremely costly and there was said to be insufficient demand in Barnet High Street, especially during evenings, to justify retaining the store.

No date was given by Sainsbury’s for the closure, but nearby retailers thought it would probably cease trading in July.

When ownership of the premises changed hands in 2017 the sale document for the store and flats above indicated that Sainsbury's had a five-year lease expiring in September 2022 and would pay an annual rent of £92,000.

Sainsbury’s withdrawal from High Barnet will be seen as a setback in view of efforts to boost the town centre following loss of trade during the Covid.19 pandemic and social distancing regulations.

High Barnet retains a Tesco Express at 64 High Street and the Waitrose supermarket in The Spires shopping centre.

Shoppers were reassured earlier this month with the news that Waitrose had extended its lease in the shopping centre for another 20 years.

Sainsbury’s departure from the High Street will bring back memories of earlier Sainsbury’s stores in Barnet.

The premises to be vacated were for a time a M & S food store but it too failed to pay its way and was closed.

In recent years there have been some pretty dramatic changes in the nature of High Street retail units -- the latest example is that from June the former Bentley car showroom will become an outlet for London Essex Outdoor Living, selling among other items, hydro pool spas, hot tubs, and outdoor kitchens.