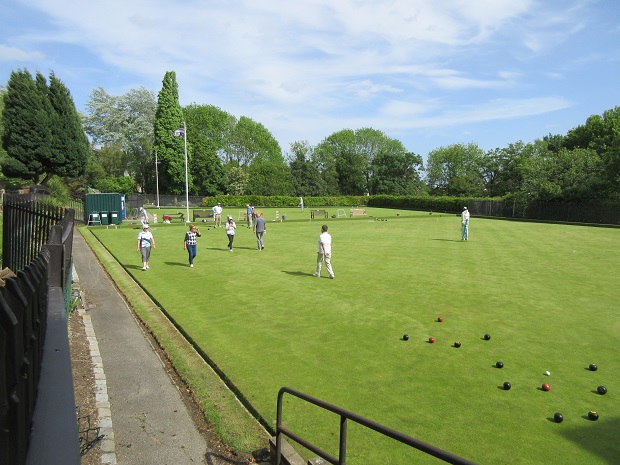 Barnet Council is to charge £790 during the summer months to remove grass clippings from High Barnet's two bowling greens -- way above the £210 that was charged last year.

Re-designating Barnet Bowls Club as a business means that the contents of its three green bins are now deemed to be commercial waste.

Initially the council said the fee would be £1,100 but after a protest this was reduced to £790 but this is still considered an excessive amount for a club with only 34 members.

Club president Derek Whiter hopes the change in political control of Barnet Council during the May elections – with the Conservatives losing to Labour – might lead to a rethink on the council’s part. 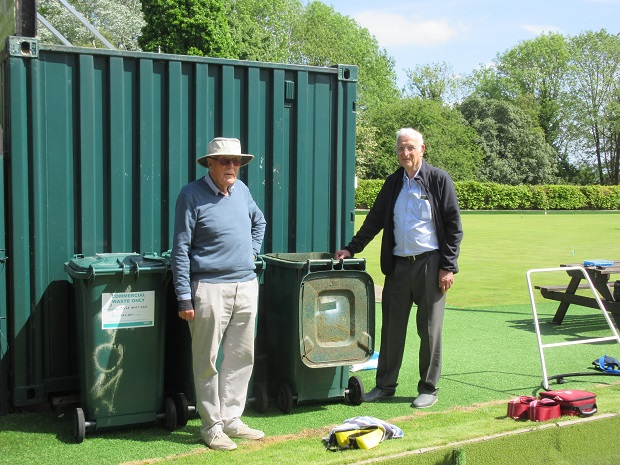 Mr Whiter (right) -- seen here with former president Brian Wass – said the club was being forced to use its limited reserves to pay for the green bins to be emptied by the council.

This is the second time in the last few years that the club has been faced in a massive hike in council charges for the use of the two bowling greens which were established in the Old Courthouse Recreation Ground in 1926.

When the council increased the annual green maintenance fee from £4,000 to £14,000 the club was forced to purchase an £8,000 specialist mower and employ its own green keeper – and it is this cost which takes up most the £180 annual membership fee.

“Most of our members are pensioners in their late sixties and seventies and they all are keen to keep active out of doors and in a social environment.

“In a way we consider ourselves a social service by reducing social isolation in a friendly and supportive atmosphere.”

Mr Whiter said there was no reason why the council could not stick to the previous policy of charging £210 a year to empty the green bins.

In addition, the council is now charging £90 a year to take away other commercial waste in plastic bags.

The club does have a bar for members’ use, but the only waste is a few beer cans and crisp packets. After five weeks members have not filled the first bag, let alone the six the club has been issued with.

Mr Whiter said he hoped the arrival of new Labour councillors for High Barnet (Paul Edwards and Emma Whysall) and for Underhill (Zahra Parveen Beg and Tim Roberts) would lead to a rethink in council policy.

The club would also be asking the Chipping Barnet MP Theresa Villiers to intervene on their behalf.

Mr Whiter insisted that the club was keen to acknowledge the fact that it had a council lease on its two greens at a peppercorn rent.

“We do all we can to encourage participation in lawn bowls. We welcome drop-in players who get three free games and then pay £4 a session or become a member.

“All we ask is that they must wear flats shoes – we supply the bowls and tuition.

“We have really taken care of this valuable asset – our two greens are easily the best in the Borough of Barnet and the wider local area.”