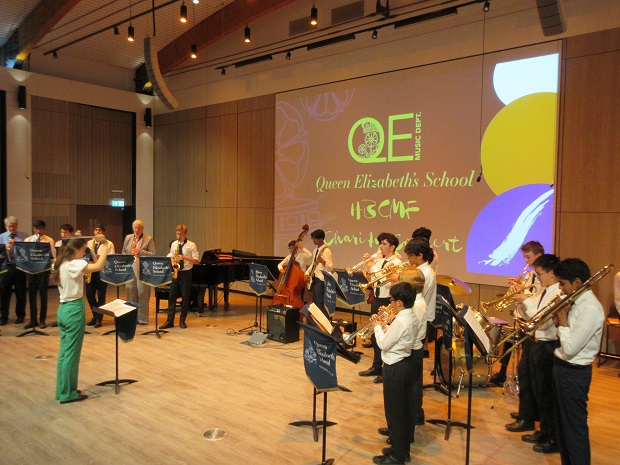 A concert by pupils at Queen Elizabeth's Boys School was another first for the High Barnet Chamber Music Festival which is now in its second year.

Reaching out to local schools and working in partnership with them is one of the long term aims of the festival’s organisers.

The two-week festival concludes with another two concerts on Friday 15 July and Sunday 17 July (see details below).

The Queen Elizabeth’s concert, which was held in the school’s newly opened Friends’ Recital Hall, was in aid of Ukraine with donations going to UNICEF and the United Nations refugee agency, UNHCR.

“It is a real breakthrough for the festival to stage a showcase concert by a school orchestra and jazz band and we hope other schools will join us next year,” said artistic director Joshua Ballance.

“To demonstrate our involvement with local schools we shall be running master classes at Queen Elizabeth’s with some of the professional musicians who have performed at the festival.

“We want to extend our reach out programme and offer master classes at other schools. Our link with Queen Elizabeth’s demonstrates the partnership we would like to create.” 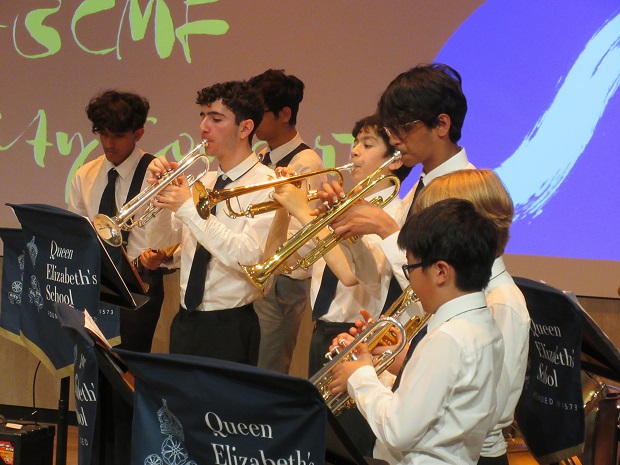 The finale of the Queen Elizabeth’s concert was a medley by the school’s jazz band and junior jazz group, under their conductor Caroline Grint, which included Rock Around the Clock, Georgia on My Mind, and Bandstand Boogie. 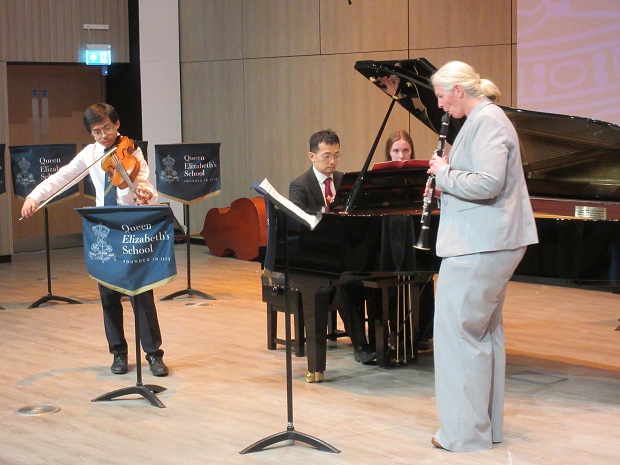 Ruth Partington, the school’s director of music (right) joined Jao-Yong Tsai and the school’s accompanist, Tadashi Imai, in a performance of Mozart’s Kegelstatt Trio, a trio for clarinet, viola and piano. 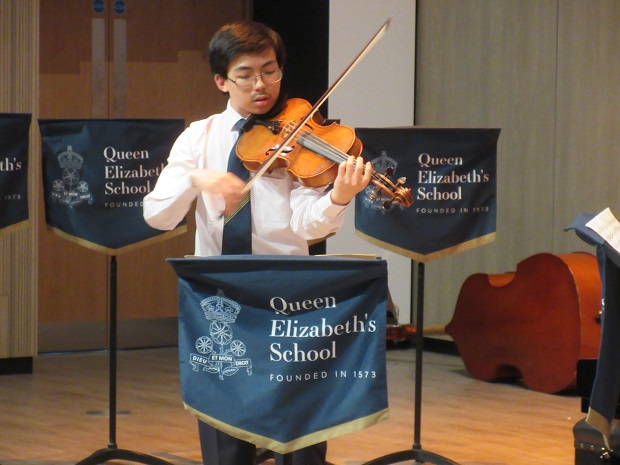 Miss Partington thanked pupils and staff for all their hard work behind the scenes practising and preparing for the concert.

The final two concerts in the festival will also be staged in Queen Elizabeth’s Friends’ Recital Hall which is part of a £4 million new building which includes a 230-seat concert hall, eight practice rooms and three additional classrooms.

For more details about the festival go to: www.hbcmf.co.uk

Footnote: The festival's penultimate concert by the ensemble Mad Song was highly praised in a review published by the website www.theartsdesk.com Reviewer Bernard Hughes said the programme featured a wealth of new and newish music and he congratulated composer and conductor Joshua Ballance -- the artistic director of the festival -- for the care he had taken in crafting Mad Song's repertoire of 20th and 21st century music.