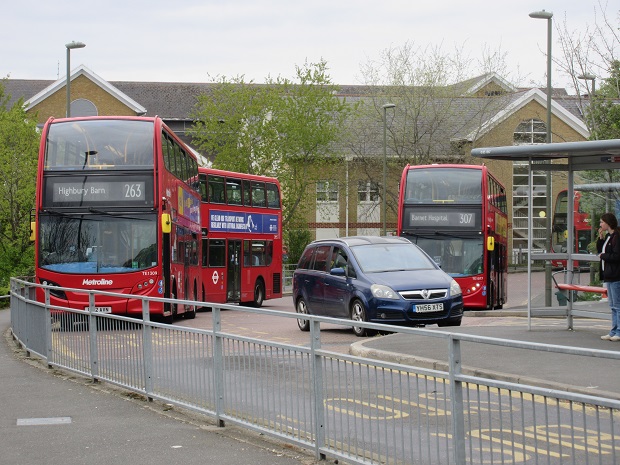 Transport for London has rejected a plea for out-of-service buses to offer a skeleton 84 service when heading back and forth between Potters Bar bus garage and stops where services start and terminate in High Barnet.

Since the withdrawal in early April of the 84 service between New Barnet and Potters Bar, residents in Hadley and other stops along the route have been urging TfL to allow passengers to take advantage of the empty buses that are frequently seen running up and the down the A1000.

263 and 307 buses which terminate at Barnet Hospital and are regularly seen marked as offering “No Service” as they return or leave the Metroline garage at Potters Bar.

TfL has turned down the suggestion saying it would not be possible for passengers to use these buses when they are “light running” between Potters Bar bus garage and their start and end point bus stops in High Barnet.

“There are not enough of these trips to make a viable timetable with most trips either very early in the morning or very late in the evening,” said Andrew Hunter, TfL’s group performance and commercial development director.

“Additionally, and more importantly, by operating these trips ‘in service’ in most instances would extend driving duty spells beyond trade union agreements or legal driving limits.”

In a letter to the Chipping Barnet MP, Theresa Villiers, Mr Hunter says the plea by residents along this section of the former 84 route was a “sensible observation” and it was something which TfL had looked into when considering all the options for trying to save the 84 route.

There were widespread protests when Metroline announced the withdrawal of the 84 service between New Barnet and St Albans. 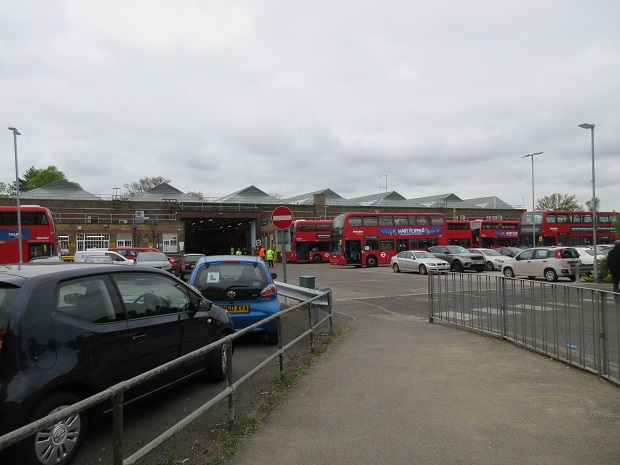 At a meeting held at the Potters Bar bus garage in March, Sullivan Buses agreed to take over the St Albans to Potters Bar section of the route.

But the meeting, attended by the Hertsmere MP Oliver Dowden and Hertfordshire County Council, failed to identify any viable options for the Potters Bar to New Barnet section.

TfL said it would consider if anything further could be done, but the general feeling was that there were already other public transport options available.

Since the closure of the service, TfL has advised High Barnet passengers seeking to get to Potters Bar to take the 307 service to Cat Hill roundabout and then take the 298 from Cockfosters to Potters Bar.

In responding to TfL’s letter, Ms Villiers said she believes these alternative routes are not practical for many of her constituents and she will continue urging TfL to find a better solution.

The Potters Bar Society has also been highly critical of TfL’s response and deplores the loss of the 84 service which provided a link between the town, the Potters Bar Community Hospital and access to Barnet Hospital.

In its latest newsletter, the Society says the best route for people visiting Barnet Hospital is to take the 298 to Cockfosters and change to the 384 which goes directly to High Barnet and Barnet Hospital en route to Edgware.