'Rambles Round Barnet' a best seller! 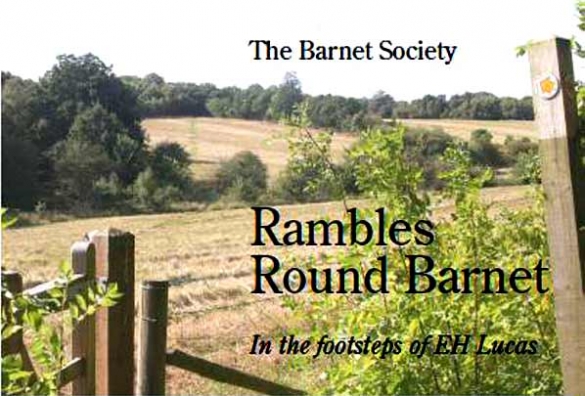 The booklet is the work of Society members, Owen Jones and David Ely, who carried out the research, walked the walks and wrote them up.

A couple of years after the founding of the Society in 1945, the Committee asked a Mr EH Lucas to carry out a survey of footpaths running through the Green Belt around Chipping Barnet as it was known that a number of the old routes had been lost during the War years.

...is the work of Society members,

The result was a modest booklet, which would have been lost if a copy had not been kept in the Society’s archives at Barnet Museum.  We thought it would be interesting to retrace Mr Lucas' footsteps in 2012 to see how many of his routes are still there and how they have been affected by changes in the intervening years.

The result is this delightful little book, which is proving to be such a hit with local people.  A second part is in preparation and is due to be published by the end of the year.

As well as at Waterstones, you can buy a copy at Barnet Museum and The Paper Shop (170 High Street).  Get yours soon as they are selling out fast!

More in this category: Rambles Round Barnet Update »