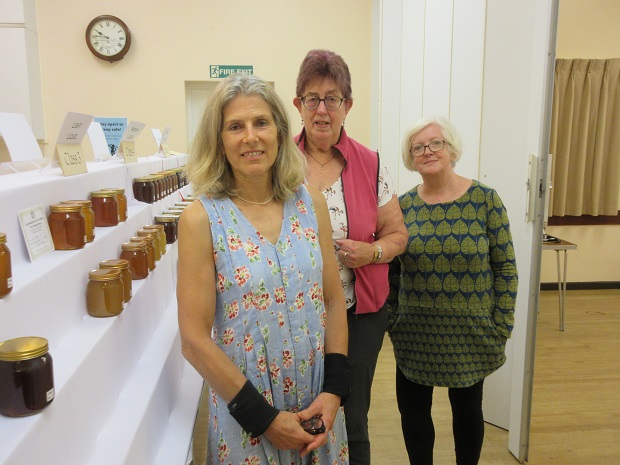 Fewer entries than usual at the annual show organised by the Barnet and District Beekeepers Association were only to be expected after so much unseasonal weather but there was praise as well for the standard achieved.

Senior judge Fiona Dickson (left) from the British Beekeepers Association, was especially impressed by the quality of the tree honey on show.

She is seen here with Linda Perry, show secretary and Mary Block.

Because of the proximity of the Green Belt and numerous open spaces, much of the honey originating in Barnet is from trees such as lime, chestnut, hawthorn and various shrubs.

Ms Dickson said the cold spring and subsequent wet weather had made it difficult for bees when foraging wildflowers. 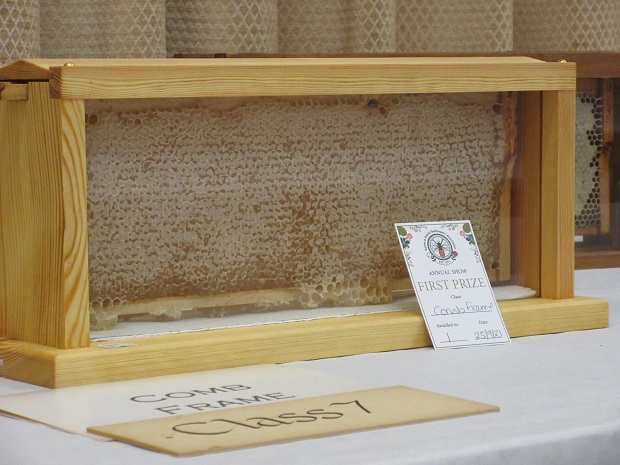 Unlike some areas she had not detected honey on display at the show that had originated from agricultural crops such as rape seed or beans – an indication that many local farmers have switched to winter wheat.

The centenary cup for the overall best in show entry went to Trish Nathan who was awarded a special certificate.

Ms Dickson was impressed by the honeydew entries in the show. It had been a good year for aphids which feed on limes and other trees. After feeding on tree sap, the aphids’ excretion is collected by the bees and produces a distinctive honey. 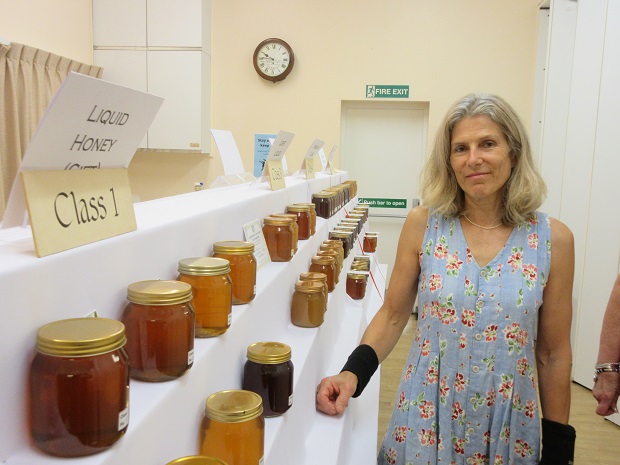 Ms Dickson described the judging process: she had to decide whether each entry was in the right class, whether the honey was clear and had the correct viscosity.

The final task was the tasting: a glass rod was inserted in the honey jar, a spot of honey placed on her finger and then she tasted it.

Linda Perry, the show secretary, said the total number of entries was less than a 100, down on their last show in 2019.

“Obviously local beekeepers were hit by the cold spring and all the wet weather this summer, but we are delighted to have been able to go ahead with the show when so many events for beekeepers have had to be cancelled this year.”

Ms Perry said the association was waiting to hear the outcome of the planning inquiry into the proposed housing development at Whalebones.

If it goes ahead, the trustees of the estate have undertaken to provide a new community building which would replace their current meeting place in the stable block at Whalebones.