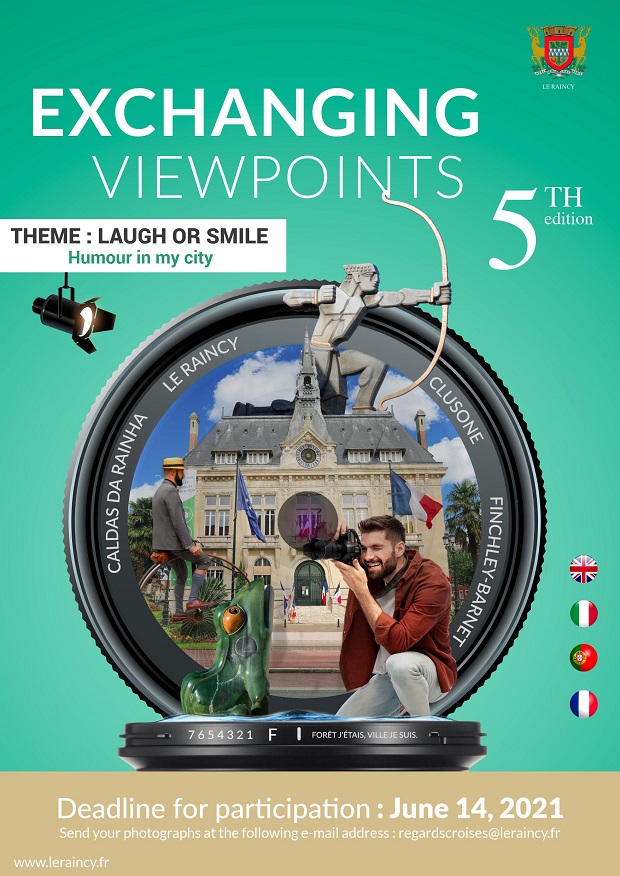 Keen photographers in the Borough of Barnet are being invited to submit entries to a European photographic competition which is being organised by Barnet's twin town Le Raincy, a suburb of Paris.

This is the fifth annual contest organised by Le Raincy and is open to all residents and students in Barnet as well as those in Caldas da Rainha in Portugal and Clusone in Italy which are also twinned together with the French town.

“Laugh or smile: humour in my city” is this year’s theme and can be interpreted in any way people wish.

Each participant can submit a maximum of three photographs.

The prize for the winning entry is 150 Euros; 100 Euros for second place; and 75 Euros for third place.

Application forms are available from the Mayor of Barnet’s secretary – email This email address is being protected from spambots. You need JavaScript enabled to view it. – and the closing date for entries to be submitted in the Exchanging Viewpoints competition is 14 June 2021.

Last year’s competition had the theme “Unusual sights of my city”.

The competition organised by Le Raincy is just one of the exchanges which take place with Barnet’s twin towns.

Friends of Chaville organise social and cultural events between Barnet and Chaville in France and Friends of Siegerland organise exchange visits with Barnet to the area called Siegen-Wittgenstein in Germany.

Many of these links were made by the urban councils which exited before the London Borough of Barnet was created in 1965.

The most recently established link is with the Pokhara Municipality in Nepal which was formalised in April with the aim of exchanging views and ideas and by personal contact among citizens in Barnet and Pokhara.