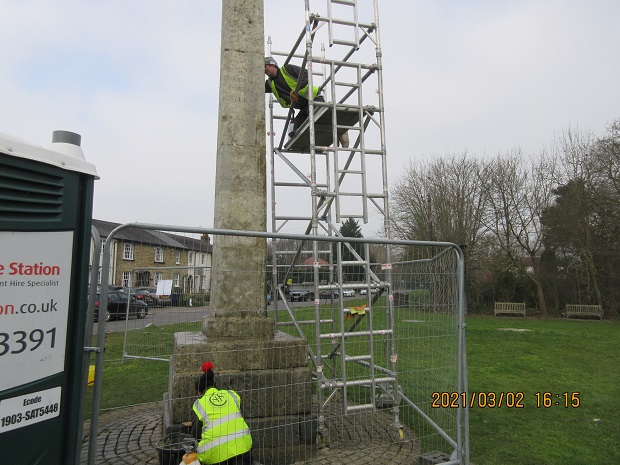 Cleaning and repairs to Hadley Highstone herald the start of what promises to be a year of events to mark the 550th anniversary of the Battle of Barnet which will include the return in September of the Barnet Medieval Festival.

Contractors specialising in conservation work, who were hired by Barnet Council, have spent a week carrying out repairs and gently cleaning the 12ft high monument. 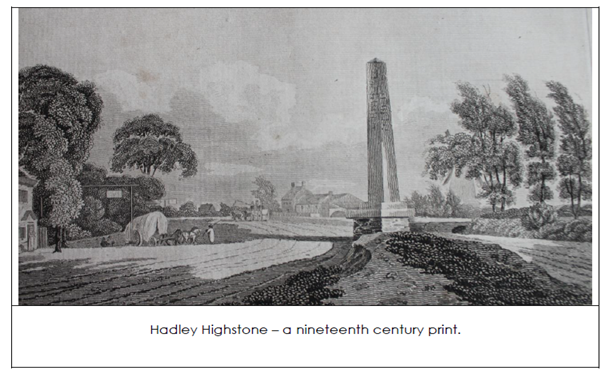 It was erected in 1740 by Sir Jeremy Sambrook to commemorate the battle which took place north of Barnet in the year of 1471, at the height of the Wars of the Roses. Placed at the junction of the medieval roads to St Albans and York, it originally stood 200 metres further south at the point where the roads previously diverged. The monument was moved to its current position in about 1840.

Cleaning and repointing the surface of the obelisk, which was constructed out of Portland stone, and work to renovate the pavement surround, will ensure the Highstone is in the best possible state ready for a small, socially distanced commemorative ceremony planned for the battle’s anniversary date of Wednesday 14 April.

It is planned that the heraldic banners painted by volunteers at Barnet Museum will be once more lining Barnet High Street in time for the anniversary. 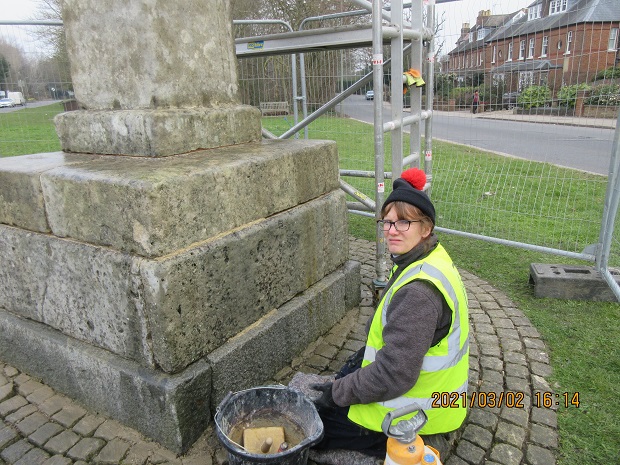 After cleaning out the joints between the stones of the obelisk, his colleague Sarah Gee repointed them with a mixture of lime putty, sand, and stone dust. 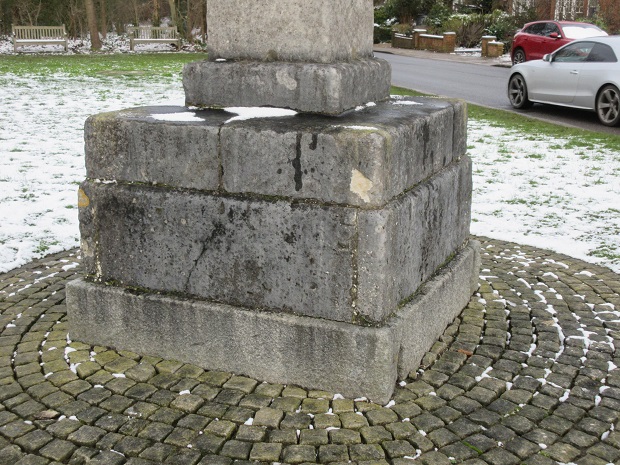 Mr Strachey said they found the work highly rewarding. “Historic monuments like this must not be over cleaned, so we have removed carbon deposits and some of the lichen. 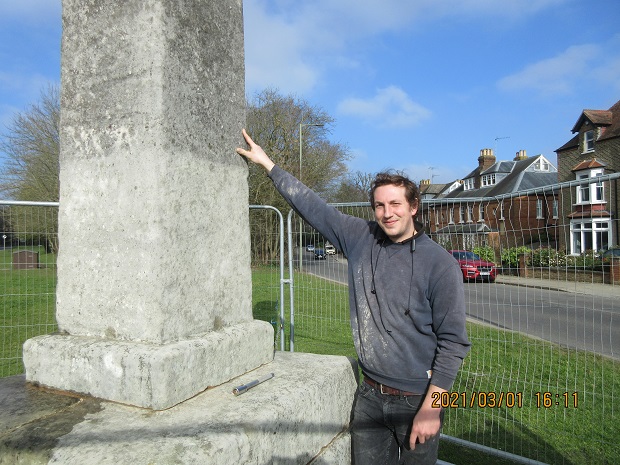 “Careful cleaning makes the stone much lighter in appearance, so the monument will stand out more, and perhaps be a little more prominent, which is what we know some people have asked for.”

Councillor Stephen Sowerby, who is the borough's heritage champion, suggested that conservation works should be undertaken at the Highstone to mark the 550th anniversary.

"The Battle of Barnet was instrumental in the naming of the London Borough of Barnet in 1965 and the Highstone has become a much cherished local landmark.  The Grade II listed obelisk has undergone no conservation works in living memory and was suffering badly from decay and weathering.

"I am sure local residents will be pleased to hear that the conservation has been supervised by the same heritage consultant who so sympathetically led the recent Barnet Physic Well conservation project. I am very pleased the council agreed to fund the project in the anniversary year of this famous battle."

After abandoning last year’s medieval festival because of the Covid-19 pandemic, she is looking ahead to what the committee hopes will be a truly memorable event to mark the 550th anniversary of Barnet’s role in a conflict that divided England for 30 years: “We are busy planning how to deliver an exciting and spectacular event that will bring the community together safely, working within whatever guidelines are still required”.

In order to fund this special event, the committee has launched a crowdfunding campaign and was bidding for funds from the Mayor of London and Barnet Council.

Susan Skedd stressed that public support was vital to the success of their bid, explaining that “the more people who pledge their support now for our ‘Battle of Barnet at 550’ campaign, the better chance we have of getting backed by the major funders and reaching our target of £25,000”.

Anyone wishing to make a donation can do so by visiting https://www.spacehive.com/battle-barnet-550 or e-mailing the Festival team at This email address is being protected from spambots. You need JavaScript enabled to view it.