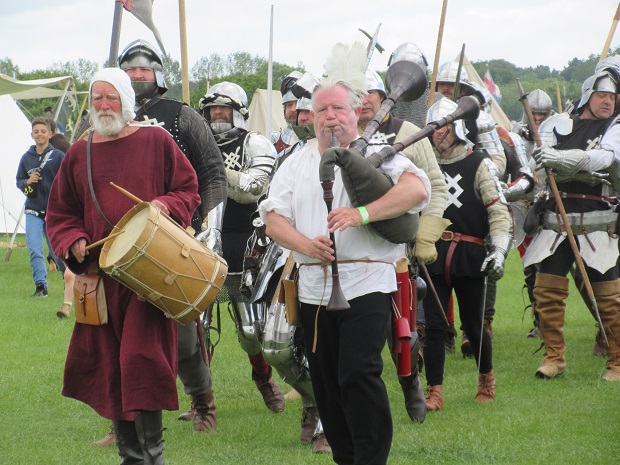 Barnet Medieval Festival's spectacular re-enactments, attracting ever-loyal audiences, are generating increased interest in the role played by the two Battles of St Albans, as well as the Battle of Barnet.

Attendance and support for this year’s Barnet festival, which featured for the first time displays by mounted knights in armour and men at arms, again exceeded all expectations.

Over 300 medieval re-enactors thrilled the crowd with displays of hand-to-hand combat – piper Barry Pope and drummer Rod Pomeroy led the Yorkist army to the battlefield arena.

A minute’s silence was held before the re-enactments of the Battle of Barnet in memory of the thousands of men who lost their lives on Easter Day 1471. 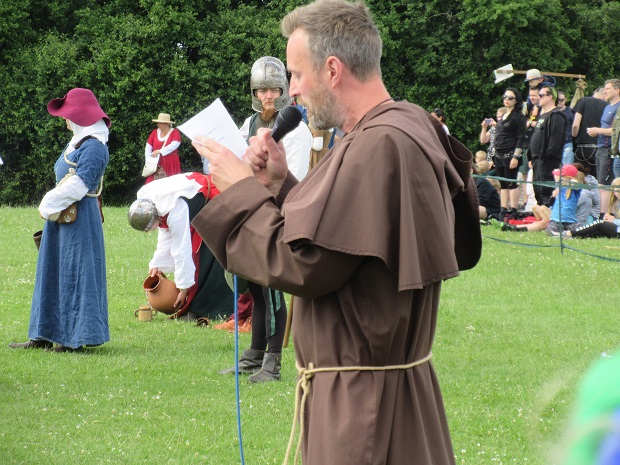 Before the start of fighting a blessing was given by James Herring, associate minister of Christ Church Barnet, who read out a medieval battle prayer before the re-enactment of the 1471 Battle of Barnet. 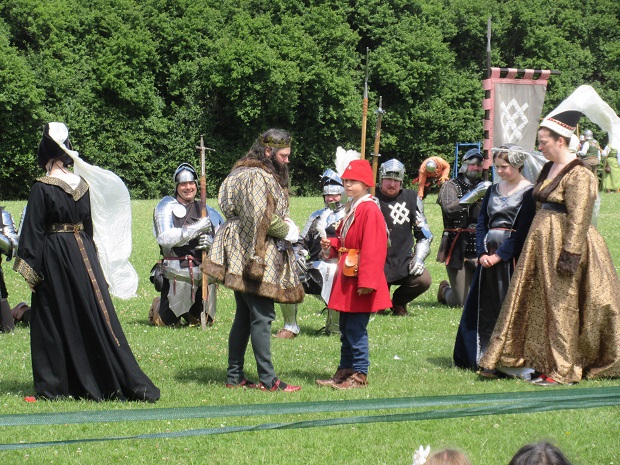 The first battle in the 30-year War of the Roses took place in the centre of St Albans in May 1455 and, as the confrontations between the Lancastrian and Yorkist armies continued, there was a second battle in St Albans in February 1461 which ended with Lancastrian army of King Henry VI routing the Yorkists -- seen here at the festival re-enactment.

St Albans’ place in the conflict is to be commemorated next year at an exhibition to be staged by the St Albans Museum and Gallery – an event that could lead to closer links with the Barnet Medieval Festival.

A re-enactment of the second battle at St Albans was held in 2014 but the popularity of Barnet’s medieval festival, now in its fourth year, and its highly successful re-enactments of both the battles of St Albans and Barnet, has generated renewed interest in the significance of St Albans during the Wars of the Roses, as has the search for the precise site of the Battle of Barnet. 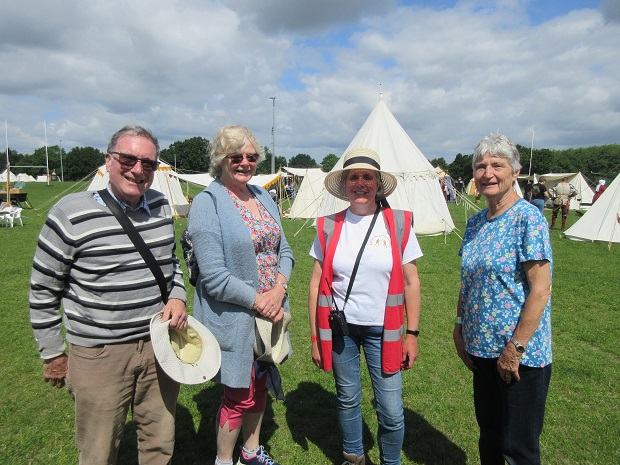 Peter Burley (far left) a leading member of the St Albans and Hertfordshire Architectural and Archaeological Society and the Battlefields Trust, is keen to work with the Barnet festival and Barnet Museum in promoting the exhibition to be held in St Albans between March and July next year.

“The two battles of St Albans started off in the town and although the second battle did move to the outskirts at Sandridge, most of the action was within the urban area, unlike the Battle of Barnet which was fought out in open country.” 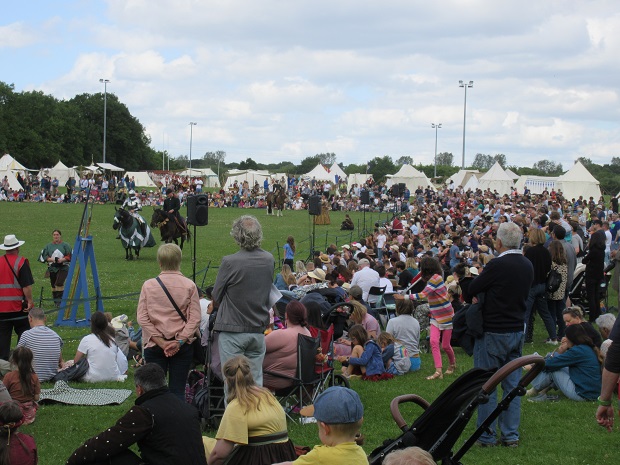 Estimated crowds of around 3,000 attended on each of the two days of the weekend festival and fine weather added to the enjoyment. 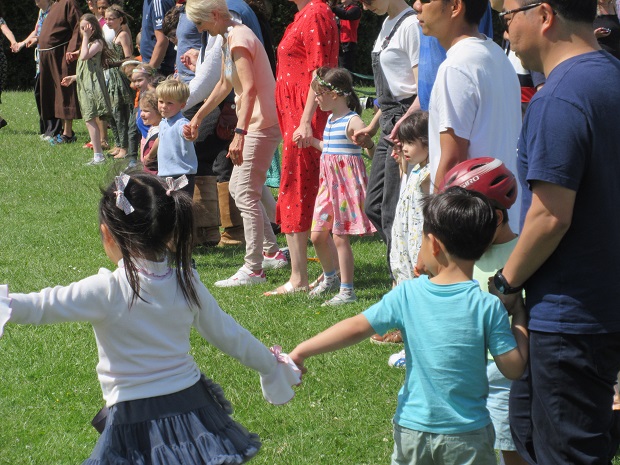 Family events included medieval dancing for children who were taught the steps of a medieval dance routine known as the Horse’s Brawl to tunes from piper Barry Pope. 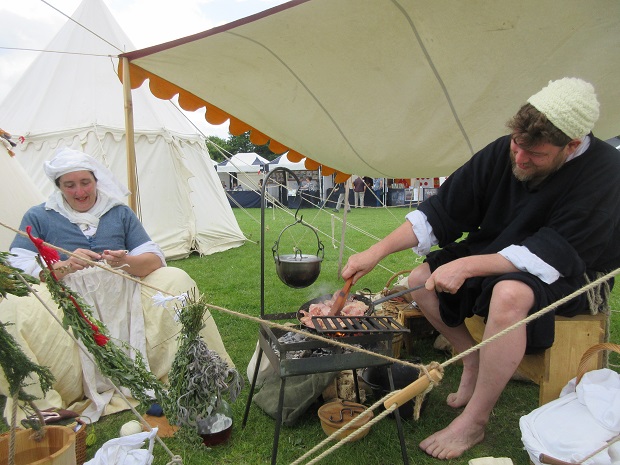 The chance to spend the weekend camping at Byng Road – and there were over 70 medieval tents in the encampment – added to life in character, with Dan cooking a late breakfast for himself and Mym, who were attached to the household of a battlefield apothecary. 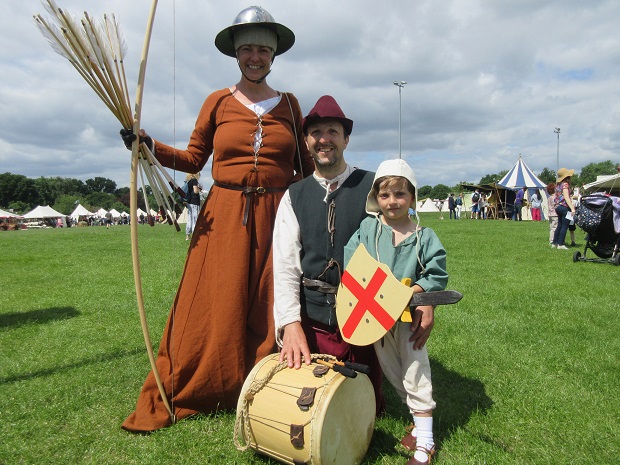 One of the youngster re-enactors was Taylor Lowe (4) whose mother Sera said she and Taylor’s father Chris had been taking their son to medieval re-enactments since he was five months old.

The Lowe family were archers for hire in the medieval encampment.