Local enthusiasm for tree planting, restoring the Tudor Park pavilion – and a new edition of Rambles Round Barnet? 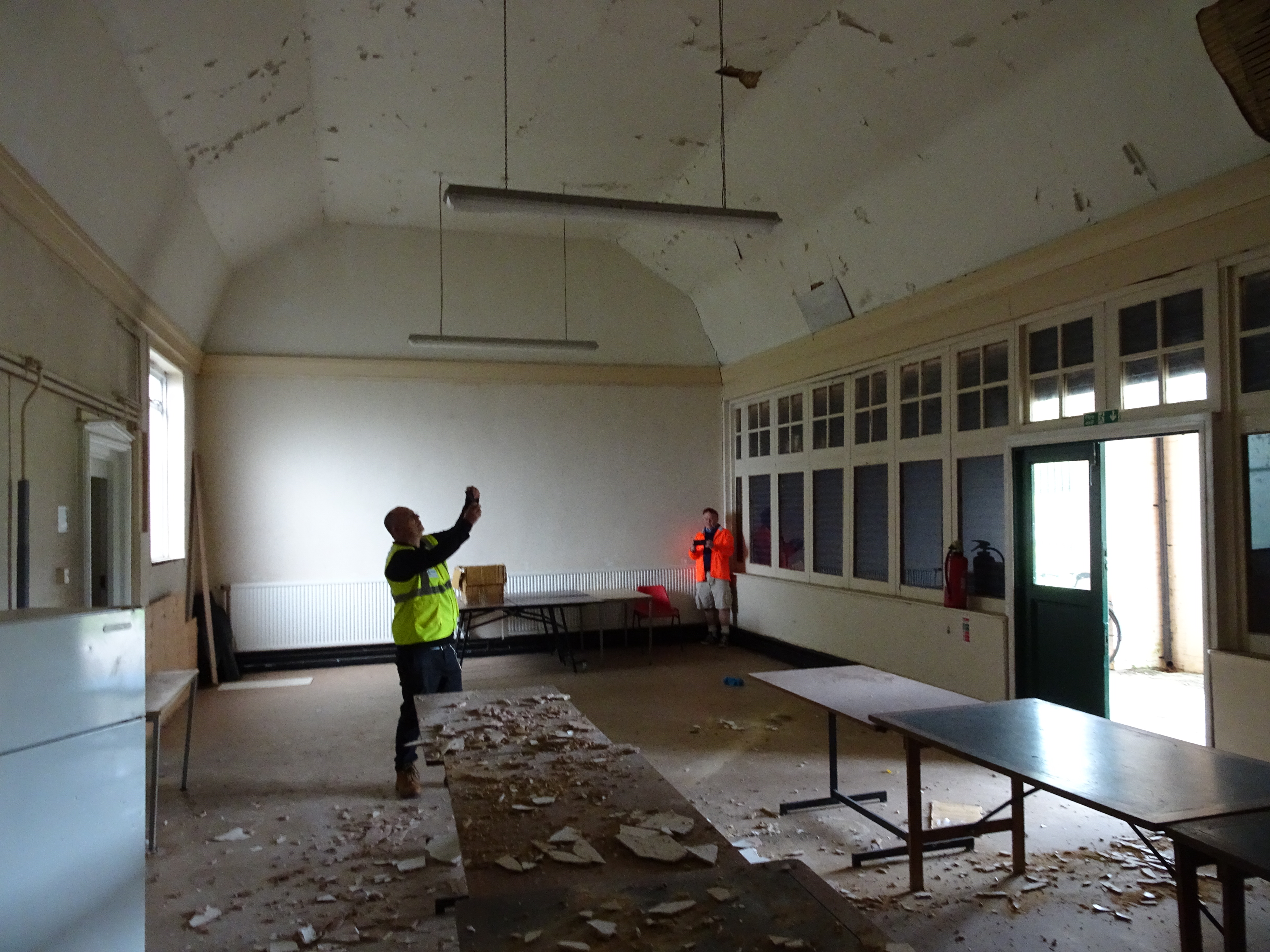 On Tuesday 13 July, the Barnet Society held its first Open Meeting on topical local issues via Zoom. Around 50 members of the Society and general public participated. This is what we discussed.

Frances Wilson introduced herself as the Society’s first Rotating Chair and thanked everyone for joining to discuss issues in more detail than was possible at the AGM and in an informal fashion within the confines of Zoom.  The AGM was the first time we had held a mass Zoom meeting, which seemed to go fairly well thanks to Simon Watson our Website Officer, who fortunately is here again to sort out any technical issues. The invitation indicated the four topics under discussion: tree planting, Tudor Park Cricket Pavilion, Rambles 3 and an update on planning and the environment.

Robin Bishop said the Barnet Society had a proud tradition of planting trees, including plantations on Whitings Hill in 1995 led by Jenny Remfry, in 1998 Lee’s Trees  (inspired by David Lee), the line of London Planes  and Norway Maples on Barnet Hill from Underhill to Milton Avenue, and recently along the High Street.

We would like to finish the job on Barnet Hill and have planted 125 of a planned 300 hawthorns screening Vale Drive Health Authority and St Catherines School. On 17th January’22, which is the Jewish New Year of the Tree and with the help of Kisharon, we would like to plant more hawthorns to complete the job and have received a donation of £200 towards the cost of saplings.  We will need volunteers to help organise and plant them.

Susan Marcus said before we plant anything we must ensure there is a 10 year management plan to ensure the trees will be maintained and this should be costed. She said we should concentrate on parks rather than look for other areas.  Willing to be on Working Party.

New Barnet – Junction by St Marks Church Meadway/Potters Lane.- This is currently a very neglected site but very prominent and would not take too much effort to improve it. Simon Watson happy to assist and Leyla Atayeva said she would be happy to assist as she lives in St Marks Close.

Meadway Open Space  - ( stretches from Meadway to Potters Lane and follows the underground). This too would be a suitable area to plant trees.

Andy Bryce said he was an architect and asked if we had any advice from landscape architects or tree specialists.  He said he may be able to suggest a contact.  He also said schemes should link up.

Robin said one of the suggestions in the Community Plan was to provide signposts from the Town Centre showing 10 minute walks to various green areas, e.g. Whitings Hill.

Susan Skedd suggested we walk around the area with a landscape architect and someone who could advise on different species to encourage birds and other wild life.

Quinton Dighton said U3A are hoping to plant 1,000 trees this year so perhaps we could work together.  Robin asked them to let us know who to contact at U3A.

Robin welcomed all these suggestions and said we needed to co-ordinate them. He suggested people contact him via the Society website This email address is being protected from spambots. You need JavaScript enabled to view it..

Simon Cohen said he had organised a survey to find out what people thought of the disused cricket pavilion which had been unused for years except for storing garden equipment for the Parks Dept. 1,000 people took part in the survey and 98% wanted to see it re-used as a community space or café. Simon Kaufman carried out a structural survey and confirmed it is in a terrible condition.  There is a kitchen, male and female changing rooms and showers but all in a dreadful condition and would require complete replacement.  Plus needs re-wiring and replumbing. Cllr David Longstaff visited and put in a successful bid to the Council of CIL funding to restore it.

The Council will provide £200,000 over 2 years to make it fit for a Commercial lease. This is ambiguous and residents must put forward ideas to guide them in the right direction. Also the refurbishment will require more than £200,000 so we will have to fund raise to pay the extra costs.

Simon said we need to set up a ‘Friends of Tudor Park’ Group to give us more influence and to develop our vision and suggested if attendees were interested they contact him via his email address or the Barnet Society Website.

Rahim Alibhai said he and his friends worked with a group of autistic children and said it would be ideal for their use. He also said it should be multi-use and could be shared with AA, art groups, socialising groups and St Johns Ambulance could be a really good community hub. He said his autistic children group was very big and could support children and parents and have professionals there.

Simon said it should be made a condition of the lease that it be available for community use perhaps 3 hours a  night. Andy Byrne asked if the Council have anything in mind but Simon said he did not know.

Jenny Remfry suggested it could be used for children’s parties or the allotment growers close by.

Nikki Rice lives in Chester Avenue and said it should be used as community space such as Toddlers Group, Music Group and happy to help. Suggested solar panels on the roof to help with funding.

Ben Nahum owns a bagel factory and lives nearby and said he would be interested in providing a café and it could be used as social hub during the evenings. Has spoken to Gail Laser & Robin Bishop in the past and will email them so they have his contact details.

Aviva Driscoll asked what size is the interior space? Simon Kaufman said 277 square meters and you could get 80-100 people sitting in main space perhaps for weddings or bar mitzvahs. He also thought it could be used as a flexible space so could have more than one activity at a time. He made it very clear £200,000 would make the building safe so the challenge is to raise the money to carry out the rest of the work.  He suggested we could look at grants such as Environment or Sports.

Foot Golf is also on the site so they should be involved.

Simon Kaufman showed a copy of Rambles 1 which was originally published in 1948, published in an expanded version in 2012, and has just been reprinted as a Limited Edition. He said following the lockdown there has been an increased interest in walking and the local countryside so the Society were keen to produce an up to date user friendly booklet using the GPS App. But we need help from others.

Simon then showed some slides:

Source of information – Best routes for walks around Barnet, History of Chipping Barnet, Important buildings and landscapes in Barnet, Facilities and local attractions for families with children.

This would be a way to promote the Society to new and prospective members and raise funds.

He outlined who would use the booklet such as walkers, cyclists, families and wheelchair users.

He  outlined the Geographical scope suggesting about 3.5 kms to 7.0 kms from Barnet Town Centre.

Simon suggested we re-interpret Lucas’s Walks as some are quite difficult to walk due to changes that have taken place. Thought we could consider Wrotham Park and The Shire, Darland’s Lake, North Mimms & Potters Bar, South Mimms to Broad Colney.

Simon showed examples of other walkers publication but also suggested Topo, GPS app and Google Maps which are used by Ramblers Ass.

Following this presentation Simon said there was a lot of enthusiasm for the project but there is a lot of work and we will need help with:

Organisation of book printing and sales

Suggested places to go and things to see.

Anyone interested in helping or with suggestions should contact Simon through our   Website This email address is being protected from spambots. You need JavaScript enabled to view it. and label it Rambles 3.

Les Bedford said it was an excellent presentation and we need to all pool our knowledge.

Robin Bishop said the biggest threat currently was the proposed ‘reforms’ to Planning Legislation which would tear up the current planning system. It would expand permitted development in order to build more housing and there would be no public consultation once areas have been designated for growth, so local residents would be unable to object. There is a need for more housing but it needs to be proportionate and sympathetic to the neighbourhood.

Current schemes where we have objected

The Victoria Quarter – We objected to this scheme where the Developer proposed 650 flats, there was a lot of local opposition and the Council reflecting this opposed the scheme unanimously against the advice of the Officers. This is ongoing and the Developers have now proposed another scheme of 554 units and reduced the height of the tower blocks but we are still critical and will oppose it further.

33 Lyonsdown Road – This is the last surviving Victorian Villa which The Barnet Society successfully had placed on the Local List. The Developer wants to demolish it and replace it with 20 flats. We opposed this proposal along with many others including the Victorian Society so it has had a lot of publicity and was refused by the Council. However the owners may appeal and in the meantime they are allowing the building to rot.

Whalebones is another scheme we opposed and again the Council refused Planning Permission but the Developer has appealed to the Planning Inspectorate. We have submitted a strong representation and will attend the public inquiry at the end of August.  Robin thanked Guy Braithwaite, Bill Foster and Nick Saul for their help. Robin emphasised how key Whalebones was to the identity of Chipping Barnet.

The Local Plan – Jenny Remfry said this is currently on display in the local library for residents to provide comments. There are 3 sites shown in Chipping Barnet. Whalebones, High Barnet Station with blocks 8 storeys high with commercial and a hotel proposed and MOD land in St Albans Road as the Territorial base may be put up for sale with room for 193 flats.  There would have to be an archaeological dig first. Robin said we have been working on this for 2 years with BRA and FORAB and it has been adopted by the Council subject to public consultation which is now taking place. Jenny thought it was a good plan.

There were no further questions so Frances reminded everyone to look at Robin’s regular P&E report, which appeared on the website roughly every 2 months, in order to keep up to date and let us know their opinions.She thanked everyone for coming and Simon Watson for providing the technical support, asked those not already members to join the Society, and asked anyone wanting to help to contact us via our website: This email address is being protected from spambots. You need JavaScript enabled to view it..

For Robin's reports plus Society submissions on Barnet's Local Plan and other major planning and environmental topics, go to Our Work on our website.