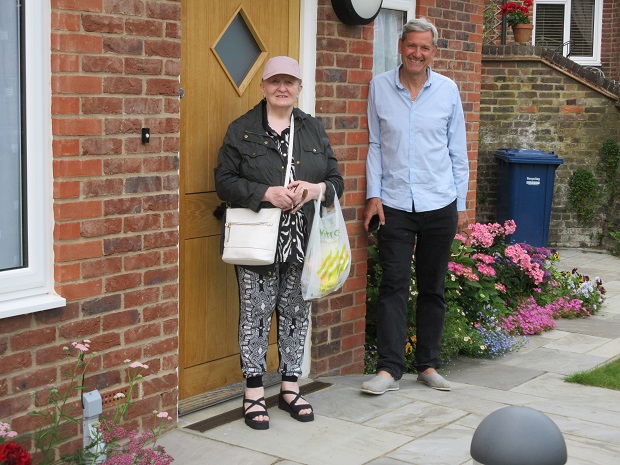 Simon Smith who spent the last 16 years managing over 60 of High Barnet's historic almshouses has taken early retirement from his role as clerk to the trustees of the Jesus Hospital Charity.

He has been busy saying goodbye to the many residents he has known so well over the years – including ex-nurse Liz Walsh (above) who lives in one of seven new almshouses opened two years ago.

The completion of the new almshouses -- at Ravenscroft Cottages in Potters Lane – was one of the most satisfying accomplishments of Mr Smith’s tenure as clerk to the charity’s visitors (trustees). 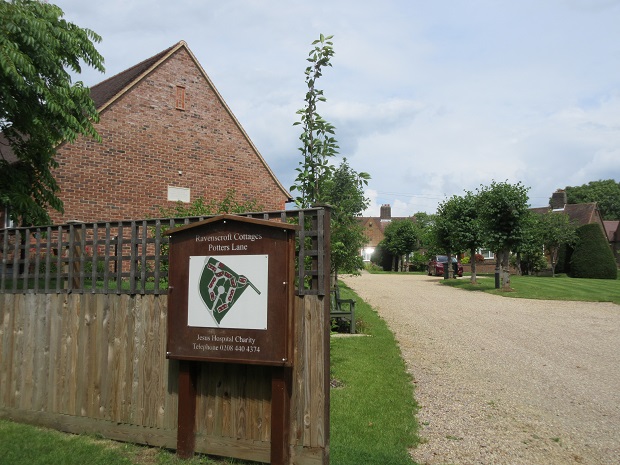 “We are so proud at Jesus Hospital Charity, which was established in the 17th century, that we have been able to add to High Barnet’s much-admired stock of almshouses some of which are historic local landmarks.

“With our expansion programme, we have been able to demonstrate the continuing importance and relevance of providing housing for the elderly and needy.”

There are well over 170 almshouses within a mile of Barnet Parish Church and almost 1,000 within the London Borough of Barnet – a concentration of charitable almshouses that is perhaps exceeded only by the scale of the retirement housing provided by the Durham miners.

Locations like High Barnet were popular with early benefactors because elderly impoverished women in need of housing could be provided with homes in healthy surroundings, on a high ground, yet close to London.

Mr Smith (60), who joined the charity as clerk to the visitors in 2006, is well known in the area as a fund-raising quiz master and charity supporter.

In addition to his management duties, he took on responsibility for co-ordinating the construction of the seven new almshouses in Potters Lane, dealing with consultants and contractors on behalf of the trustees. 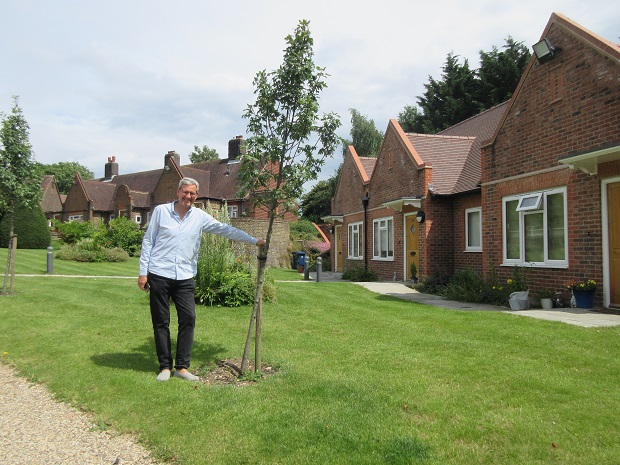 “We are immensely proud of the expanded Ravenscroft Cottages. The new almshouses (to the right) have blended in so well with the properties built in the 1930s and the whole scheme is being considered for a design award by the Almshouses Association.”

Jesus Hospital Charity’s almshouses are open to women over 50 – a condition that dates from the charity’s formation and one that Mr Smith accepts might have to be revisited as many such schemes are now mixed and open to men.

“When the charity’s rules were laid down in 1679 times were very different and there were many elderly and vulnerable women.

“As clerk, I am pleased I never had to exercise one stipulation that forbids us giving homes to women we suspect of witchcraft, sorcery or charming.

“We know what happened in those years: if a woman was suspected of witchcraft she was dunked into deep water; if she drowned, she was innocent and if she survived, it proved she was a witch.

“Just imagine what might have happened at Monken Hadley at the Pagitt’s or Wilbraham’s almshouses: if the clerk the suspected witchcraft, who knows, the poor woman might have been dunked into the deep end of Hadley Pond.

“Instead, I had the very satisfying job of helping women move from inadequate housing to safe, comfortable homes, surrounded by beautiful gardens maintained by the charity’s full-time gardener, Robert Fenton.”

In addition to managing the almshouses, Mr Smith was able to help other needy local people with grants and also make donations to local good causes, all funded by any surplus in the income generated by rents on commercial property owned by the charity.

His own charity work includes serving as a trustee for Rephael House, a counselling centre for young people in Finchley, and for Yaran, a charity assisting isolated members of the Iranian community.

A tribute to Mr Smith’s fund-raising activities, including holding quizzes and giving talks on the history of almshouses, was paid by a long-standing friend Roger Aitken of East Barnet.

“As quizmaster Simon has helped raise many thousands of pounds for organisations such as Barnet Blind, Friern Barnet Community Library, and numerous other good causes.

“One has to applaud his efforts over the years rehousing so many needy Barnet residents and doing so much to support community efforts.”