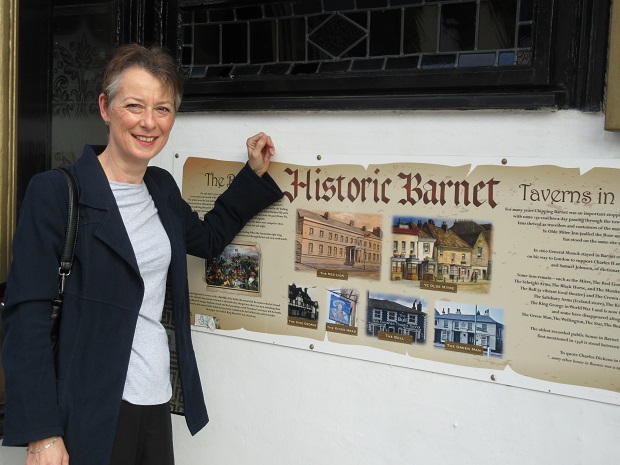 Winning a national award is another accolade for Barnet calligrapher Gwyneth Hibbett whose skills are on display on five historic information boards which have been installed in the High Street by Barnet Museum.

She designed the lettering for the title words “Historic Barnet”, just one of her contributions towards her aim of using letters and other images to illustrate local history. 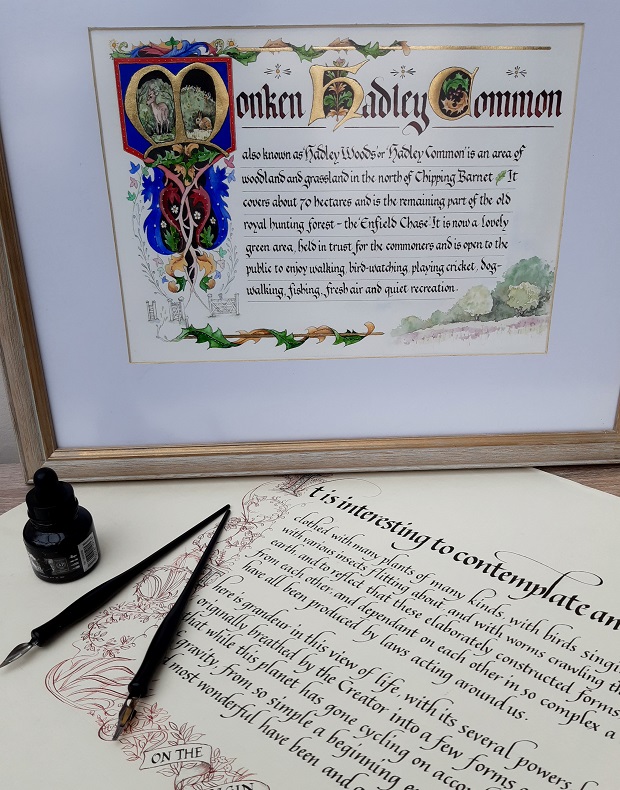 An illuminated decorative panel featuring Monken Hadley Common was one of the four pieces of original work which helped her win the Worshipful Company of Scriveners’ annual award for calligraphy and illumination.

Gwyneth was announced the winner of the Peter Esselmont Prize – and awarded a £500 cheque – during a virtual reception with two Sheriffs of London held in late March.

The judging panel was from the Scriveners Company and College of Arms experts and the award provides an opportunity for her to exhibit examples of her work at a major livery event in the City of London later in the year.

Gwyneth is a member of the Barnet Guild of Artists and her work for the museum has included assisting in the preparation of the heraldic banners which are due to go on display again in the High Street to commemorate this year’s 550th anniversary of the Battle of Barnet.

Another of her local illustrations connected to the battle – and on display in the museum – is a family tree of leading members of the House of Plantagenet and their roles in the Wars of the Roses, a conflict that is sometimes described as the “war of the cousins” because of the close relationships of those involved.

Gwyneth, of Norfolk Road, New Barnet, who was formerly a trading standards officer with Barnet Council, took up calligraphy ten years ago after studying the art at adult education classes.

She has recently completed three years of advanced training with the Society of Scribes and Illuminators and teaches calligraphy at Bedford House Community Association, Buckhurst Hill.

Gwyneth has also been teaching students online and has found that one of the benefits of lockdown, and people being stuck at home, has been an upsurge in demand for calligraphy and other arts and crafts tutoring.

When asked to explain her passion for calligraphy, she said it derived from a combination of her love of words and images.

“If you like word play and beautifully written letters then the words need to be written in a way which captures the beauty of the word.” 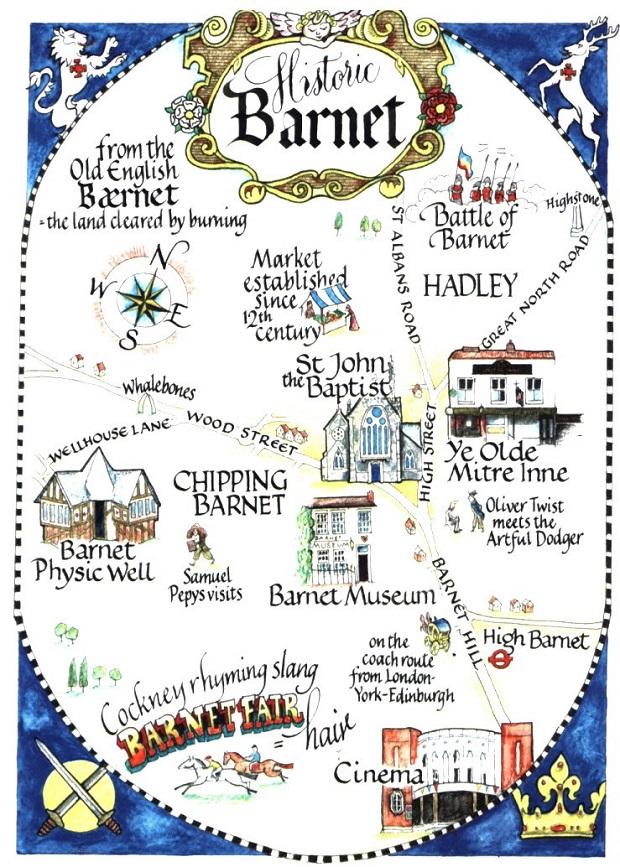 Another example of her work is a postcard depicting historic Barnet scenes and events which is on sale at the Paper Shop in Barnet High Street.