Campaign to revive popular school visits if College Farm, Finchley, can re-open to the public 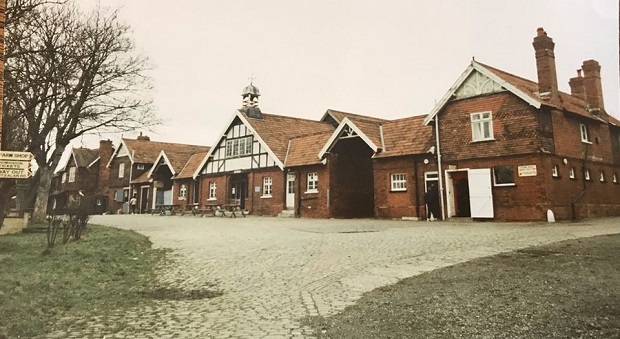 After a High Court ruling that College Farm, Finchley, should remain an agricultural tenancy, a fresh campaign has been launched to see if the farm can be re-stocked and re-opened to the public.

Thousands of former north London children have fond memories of visiting the farm in the 1980s and 1990s when it was a popular venue for school visits.

A new Facebook page SavingCollegeFarm has been established to rally support and the organisers say their aim is to ensure that the farmland and historic farm buildings are preserved.

College Farm, built in 1883 by Sir George Barham, founder of the Express Dairy Company, has been under threat for some years.

After a campaign by the Finchley Society it was listed by Barnet Council as an asset of community value.

The College Farm campaign hopes to take advantage of the upsurge in demand for school and community farms because of their value for education, therapy and encouraging sustainable food production.

A similar initiative might be possible to preserve the Whalebones farm in Wood Street, Barnet, where there are ideas for developing community food production following the rejection of plans to redevelop the site with flats and houses.

Work is already well underway to create a school farm on land beside Totteridge Academy in Barnet Lane where pupils are preparing for a second year’s planting of flowers and vegetables.

Another established venture is SweetTree Fields farm at Marsh Lane, Mill Hill, which in addition to active production, provides a natural environment for vulnerable people who are experiencing social or educational exclusion.

College Farm was one of the few remaining urban farms within Greater London when it was forced to close to the public in 2001 because of foot and mouth disease.

Currently College Farm operates as an equestrian and pet store, selling horse and animal feeds, but the farm buildings, which are on Historic England’s at-risk register, are unsafe for public use and in need of repair.

Its two fields and five-gabled, red-brick farm buildings – between Fitzallan Road and Allendale Avenue – are regarded by nearby residents as a much-loved breath of countryside in an otherwise urbanised environment.

An unsuccessful application was made to the Heritage Lottery Fund for help with remedial work and previous attempts to re-open the farm foundered because of a long running dispute between the tenant farmer Chris Ower and his landlord, College Farm Trust.

After prolonged argument and legal proceedings, a High Court judge ruled in February that Mr Ower remains the protected agricultural tenant of the farm and this ruling has revived the SavingCollegeFarm campaign. 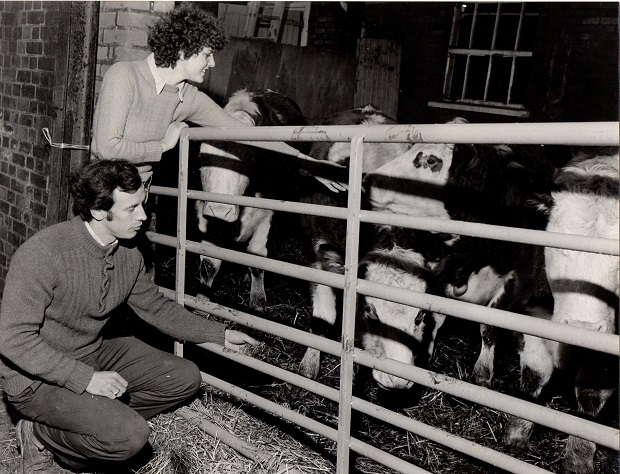 Mr Ower, now 72, took over the ten-acre farm with his wife Jane in 1976 – seen above with some of their animals – and the site was sold by the Department of Transport to the College Farm Trust in 2006 with the Owers remaining as tenants.

In its heyday in the 1980s and 1990s when the farm was stocked with cattle, horses, sheep, goats, and poultry it was open to the public and often there were as many as 100 school visits each year.

Mr Ower, who was backed by the National Farmers Union and local supporters in his proceedings to remain an agricultural tenant, hopes that people will register their support on the campaign’s Facebook page. Within the first week of its launch, it attracted over 2,000 likes.

“I am really looking forward to the day when I can re-open the doors of the farm to the local community and for children in particular to enjoy seeing animals in a farmland setting.”

Strong community interest and support has helped with the development of the school and community farm in a six-acre field next to Totteridge Academy.

Planning approval has been granted for a hard standing and animal shelter and the farm, established by the educational charity Grow, is about to re-apply for planning permission for an outdoor classroom where up to 250 pupils a year will be able to attend classes in farming and growing food. 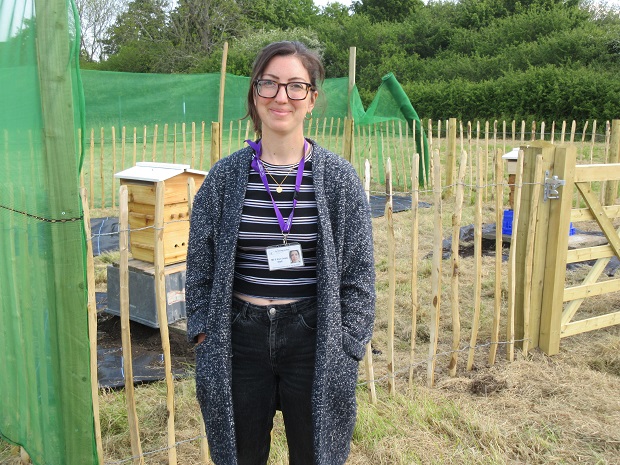 Planting will start in a few weeks and the crops will include vegetables, salads, and flowers.

Fund raising is about to start for the construction of the animal shelter and the plan is for the farm to be stocked with sheep and goats.

Currently the only livestock are a flock of eleven chicken who are currently laying about fifty eggs a week – which go straight to the Totteridge Academy school canteen.