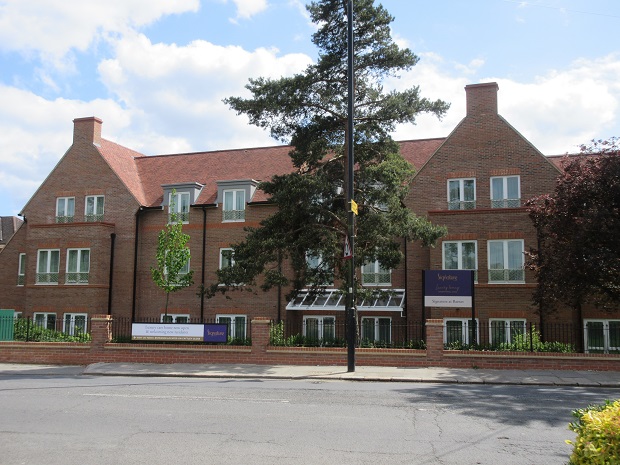 Ensuite apartments with two rooms, or one-room studios, are said to offer accommodation that is twice the size of the typical average for a care home.

Charges reflect the high-end rooms and facilities available to residents, which include a restaurant, bistro, cinema, hair salon, health spa and a range of activity rooms.

A weekly residence fee for an apartment includes meals, services, and full access to the home’s facilities, and will depend on the level of care and nursing required.

Included within the home are two groups of apartments dedicated to dementia care with access to their own facilities, dining area, lounge, and terrace. 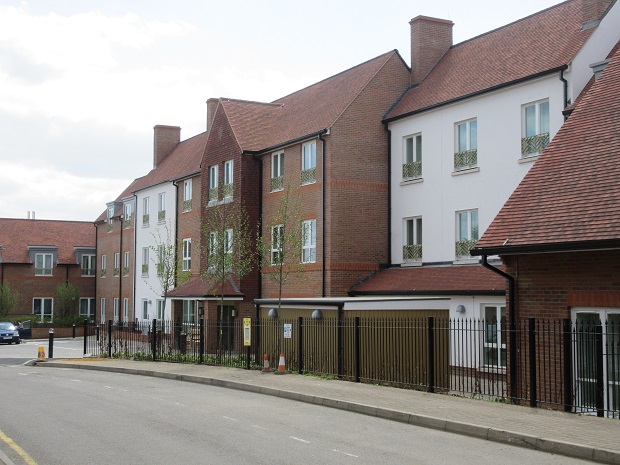 Steps were taken to ensure the design and construction of the three-storey home was compatible with the architecture of surrounding buildings and its position within the Wood Street conservation area.

Names for communal facilities and corridors within the home reflect Barnet’s history and its association with the author Charles Dickens whose masterful creation of Oliver Twist has his hero meeting the Artful Dodger on what was thought to be the steps of the former Victoria Bakery in Barnet High Street. 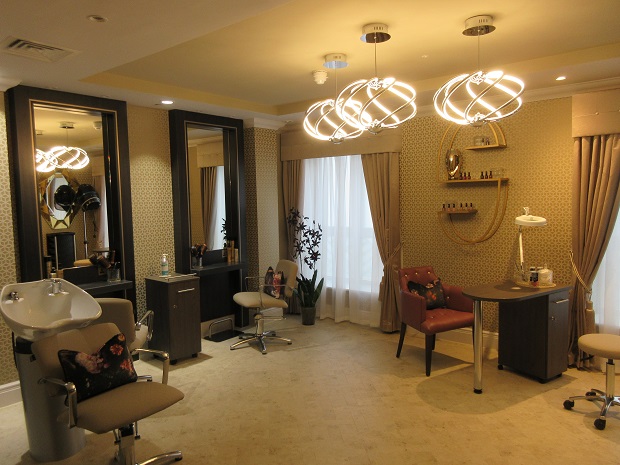 When NHS Property Services put the former Marie Foster Centre and nurses’ home in Wood Street up for sale in 2018, Signature outbid other potential purchasers for what was then being marketed as a site for residential development.

Signature’s planning team considered it would make an ideal location for a luxury care home as it was close to Barnet town centre and Barnet Hospital and had good links to public transport, being the terminus for several bus routes and for the Northern Line at High Barnet tube station.

Another significant factor was that Signature identified the area in and around High Barnet as one that had many elderly residents owning their own homes, with many of the properties being underused and having a high value.

Previous experience at other Signature care homes had shown that most potential residents lived within the radius of a 20-minute drive – and the average age of their residents was 85 and the average stay 2.5 years.

In the company’s experience a newly-opened home of this size tends to release up to 100 family-size homes within the area – and will continue to do so at the rate of 20 to 30 year.

On the day of a preview of the new home (11.5.2022), ahead of the launch weekend, one new resident had already taken up residency; another was due next day, and three were arriving the following week.

Swapnil Shinde, the home’s hospitality manager, said it was difficult to predict the rate at which new occupants would move in. At present the home had a staff of 50 but that was expected to increase to well over 100 full and part-time posts when the building was fully occupied.

Barnet is one of 36 care homes within the Signature group and its completion, which was delayed by several months due to the shortage of labour and materials, follows the opening of a new Signature home at the former Hendon Hall hotel.

Mr Shinde said the new home hoped to offer a wide range of activities for residents and was keen to work with local organisation in hosting future events. Chipping Barnet Library and Barnet Museum have indicated their support and he hoped that clergy from Barnet Parish Church would hold a Sunday service.