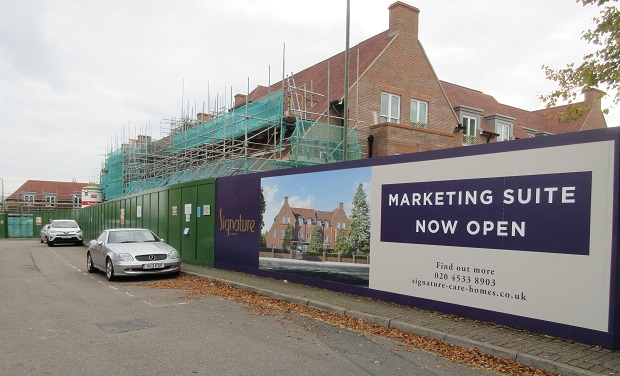 Signature at Barnet, a new care home with 100 apartments, which is due to open for residents in March next year, will become the largest nursing home in High Barnet.

Construction work on the £22 million development is nearing completion and the massive crane which has dominated the local skyline for so many months was finally dismantled earlier this month.

Residents will have access to a wide range of facilities including a restaurant and bistro, cinema, activity rooms, hairdressing salon and health spa.

Signature Senior Lifestyle purchased the 2.5-acre site of what was formerly the Marie Foster Centre and a derelict nurses’ home from NHS Services in 2018.

A year later approval was given for a building that the planners agreed was compatible with the Wood Street conservation area. 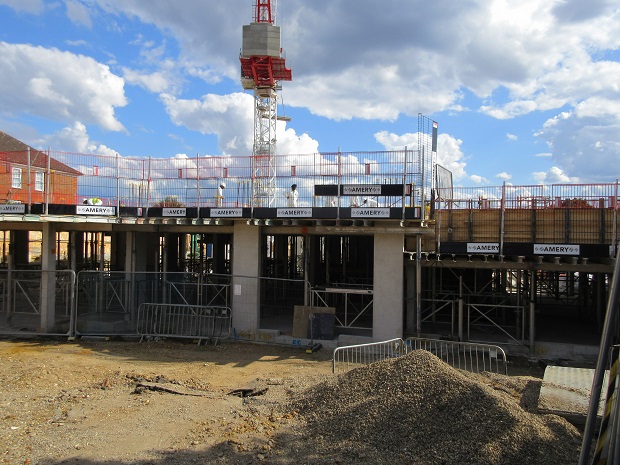 Construction work was well underway by the summer of last year and the contractors are due to hand over the completed building by February next year. 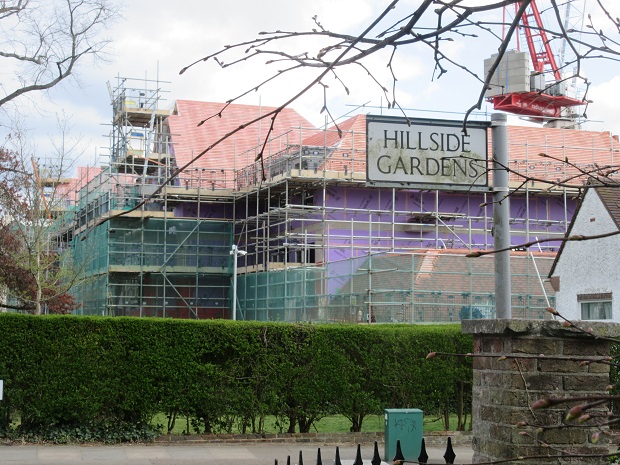 Local residents and passers-by have watched with interest the rapid progress by the building contractors.

A sales office was opened earlier this month and several furnished apartments can be viewed: one-bedroom apartments include a lounge as well as a wet room and kitchen area and the smaller one room studio apartments.

When fully occupied Signature at Barnet is expected to have a staff of well over 100 with a range of full and part-time posts. A recruitment drive will start at the end of the year.

As part of the Signature group’s policy of reaching out to local communities, apprenticeships will be offered to local students and the home hopes to establish links with Barnet and Southgate College and other educational establishments.

Lisa Nichols, client liaison manager, told the Barnet Society that Signature at Barnet was keen to work with local community groups and organisations and would be interested in any ideas for events for residents that the home could host in its activity rooms.

The Signature group has just opened the latest of its 14 homes at Beckenham and another nearby new home being developed at the site of the former Hendon Hall Hotel will start taking residents at the end of January.

Ms Nichols said the location of the new Wood Street home was ideal because it was so close to the town centre, High Street shops, transport links and other important services such as Barnet Hospital.