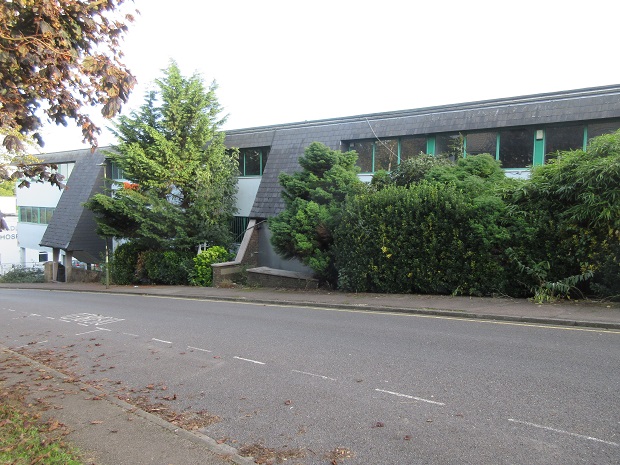 A former warehouse and office block in Moxon Street is to be converted into a special needs school for up to 90 children with autism if Barnet Council gives the go ahead.

A planning application is to be submitted within a few weeks for change of use and to construct a school assembly room as part of the proposed refurbishment of the building.

The Department of Education has already purchased the former clothing warehouse and offices for what it is hoped will become the Windmill School, a new free school which will be under the control of the Barnet Special Education Trust and be the first publicly funded school for autism in the Barnet area.

If planning permission is obtained after the application is made in late November or early December, and if the other approvals that are needed are obtained, the new school will start taking pupils in September 2023.

A desperate shortage of special needs places for children on the autistic spectrum is being experienced across the Borough of Barnet and the importance opening a new school was explained to nearby residents and local community groups at an exhibition of the plans at the Tudor Hall (12.10.2021).

The trust, which already runs Oak Lodge School at East Finchley, has been searching for a suitable site for a second school since 2017 and the Moxon Street property is suitable for conversion and is considered an ideal location.

Children from across the borough – aged from five to 18 -- would be taken to the school by mini bus and unlike Oak Lodge, which caters for pupils with a range of special needs, the Windmill School would concentrate on taking children on the autistic spectrum. 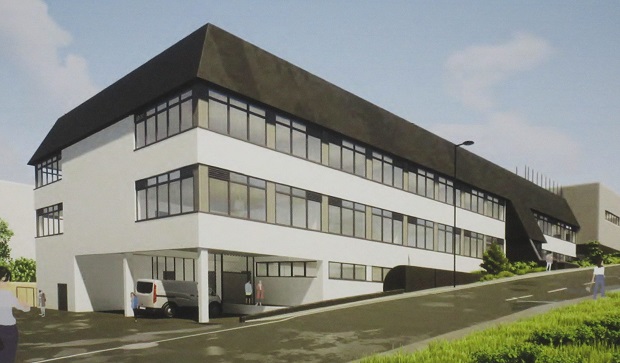 Andy Hamer, a capital projects manager from the Department of Education, said that the two main floors of the existing building will be fitted out with classrooms, with secondary age pupils on the first floor and primary children on the second floor.

To overcome the lack of an outside recreation space, a play would be created on the roof which will include a horticultural section for gardening, a sensory garden, and an area for games, all surrounded by a 2.5-metre-high solid fence.

Minibuses arriving at the school would follow a one-way system, exiting at the entrance beside the Hadley Wood Hospital.

There would be sufficient parking space around the school for all the minibuses to be off the road and wait on site – and there could be up to 13 arriving each day once the school has reached its capacity of 90 pupils. 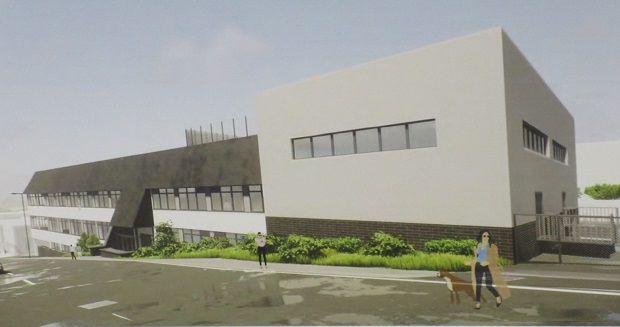 The only significant structural change would involve the demolition of a section of the building next to the last row of houses in Moxon Street. In its place would be a newly constructed assembly room for the school.

A kitchen and school dining room would be created in the ground floor section of the building next to the Hadley Wood Hospital. 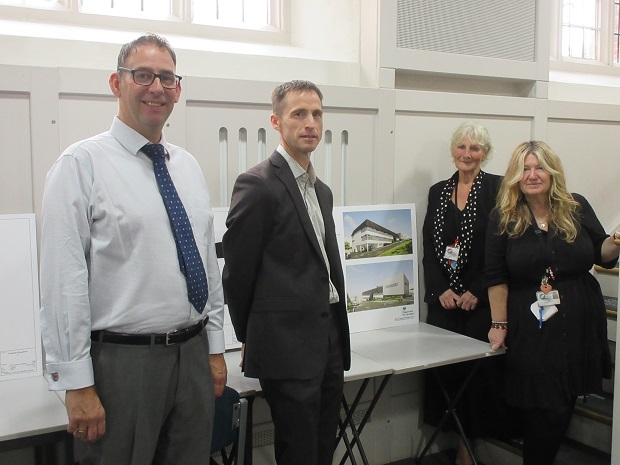 Mr Hamer(left), who stressed the urgency of providing extra places for Barnet children with autism, is seen here, from left to right, with Paul Hutchinson, lead technical adviser, Lynda Walker, head of Oak Lodge School, and Ginny D’Odorico, deputy head of Oak Lodge and the designated head of the new Windmill School.

The Department of Education had been working with Barnet Council to find a suitable home for the new special school and after another possible site fell through in 2019, the Moxon Street premises became available and were purchased by the government.

“There is a severe shortage of places for children on the autistic spectrum and even the Windmill School will not meet the demand within the borough that is expected by the middle of the decade.

“The aim wherever possible is to educate such children within the community rather than sending them outside the area or to special residential schools or independent providers.

“We have struggled to find suitable sites which are affordable and there are many advantages to the empty building at 50 Moxon Street.

“These premises are close to the High Street, which will help the children familiarise with shopping and life in the town centre; the tube station is nearby, and that will help them gain experience of travelling; and just down the road are the King George’s playing fields, so Moxon Street has a lot to offer.” 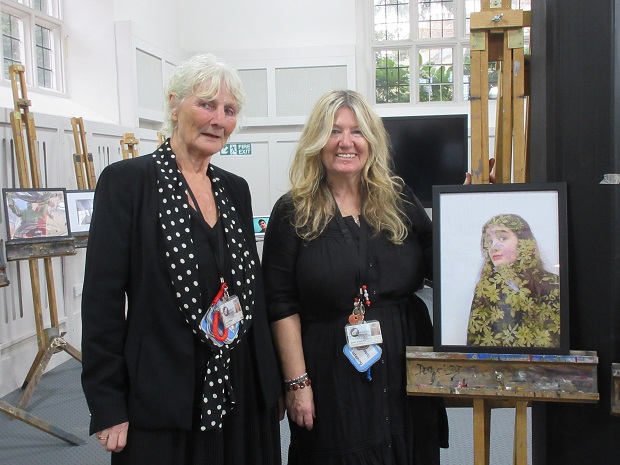 Oak Lodge takes children with a range of disabilities, including Down’s syndrome, cerebral palsy, as well as autism, and was full to capacity.

“There is very high demand for places for children on the autistic spectrum and the new Windmill School will be for them exclusively, from the age of five to 18.”

Each of the classes at the new school will be for up to six children and probably as many as 50 members of staff will be required, including teachers, teaching assistants, therapeutic and administrative staff.

For more information about the Barnet Special Education Trust and the proposed Windmill School see www.thewindmillschool.org

Comments and responses to the plans should be sent to This email address is being protected from spambots. You need JavaScript enabled to view it. by 22 October.