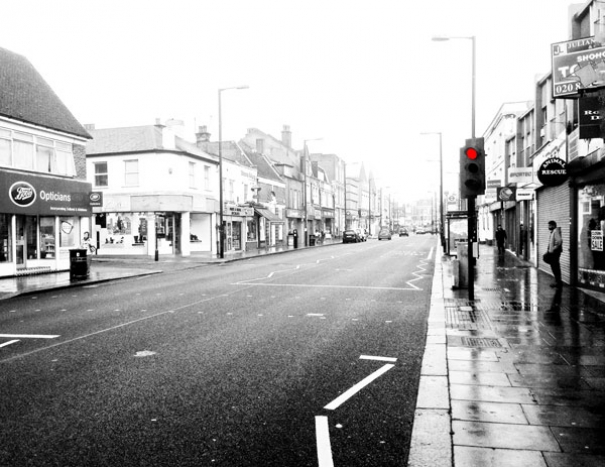 Another two independent traders are being forced out of the High Street by a combination of high rents and the chronic difficulties faced by shoppers confronted by High Barnet’s expensive and inordinately complicated parking regime.

As the closures continue apace, charity shops continue their march along the High Street, and yet another is due to open in the New Year.

Barnet’s annual Christmas Fair on Sunday 7 December will start the next phase of the campaign behind the Barnet Society’s petition for an hour’s free parking.

Already nearly 300 people have given their support on line, and the Society is hoping that many more will sign up in person when visiting our stall in the High Street.

So far only one High Barnet resident has criticised the launch of the petition, on the grounds that the parking controls are “actually functioning well” and that an “unreasonable campaign” in support of an hour’s free parking might prejudice Barnet Council’s willingness to engage on other issues affecting the High Street.

In the only substantive response to the campaign, the Chipping Barnet MP Mrs Theresa Villiers also seeks to defend the council’s charging system and points out that an hour’s free parking is allowed in the Moxon Street car park and up to two hours along Hadley Green.

High Barnet’s three councillors, David Longstaff, Wendy Prentice and Bridget Perry, have all failed so far to respond to the Society’s initiative

“I feel that it is important that we give the current arrangements a chance to work before further changes are considered,” says Mrs Villiers.

But at its most recent meeting (20.11.2014) the Society’s committee decided to step up its campaign and seek the support of the local community at the Christmas Fair.

The unanimous view was that time is running out for traders in the High Street and that Mrs Villiers’ argument that the council should be given more time to prove the effectiveness of its charging regime for its 300 parking places has entirely missed the point.

In its statement, the committee said that the real priority was to find ways to make High Barnet more attractive to shoppers and to win back the custom of local residents who take advantage of free parking in other nearby shopping centres.

Instead of sitting on their hands while the High Street lost shop after shop, Barnet’s councillors should recognise that shoppers were put off by the prospect of having to pay parking charges by phone and credit card instead of cash.

The Society has presented a detailed argument in support of its demand for an hour’s free parking in the 63 parking spaces available between the tube station and Hadley Green and in the council’s two other car parks, in Stapylton Road and Fitzjohn Avenue.

High Barnet’s three councillors, David Longstaff, Wendy Prentice and Bridget Perry, have all failed so far to respond to the Society’s initiative and the only response from Councillor Dean Cohen, the Barnet Council cabinet member responsible for car parking, was a two-line email arguing that 60 minutes’ free parking would simply displace cars from the High Street’s “16 or so spaces which are charged for and are occupied the majority of the time”.

More in this category: « Barnet is nearly a ghost town No to free parking say Council and MP »