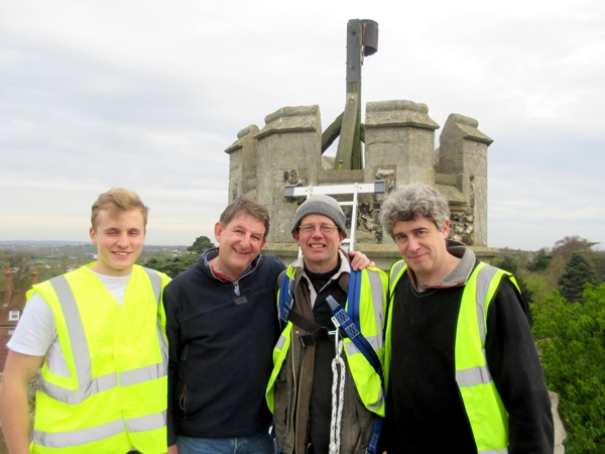 The beacon-lighting team, L to R, Sebastian Evans, Bill Morris, Mathew Lloyd-Winder and Quentin Carruthers
High Barnet’s claim to be the highest spot between London and York meant it was ideally situated to take part in the lighting of beacons to mark the Queen’s 90th birthday.

Two hundred or more local residents and visitors crowded around the tower of St Mary the Virgin to see the Mayor of Barnet, Councillor Mark Shooter, lead Monken Hadley’s contribution to the birthday celebrations. 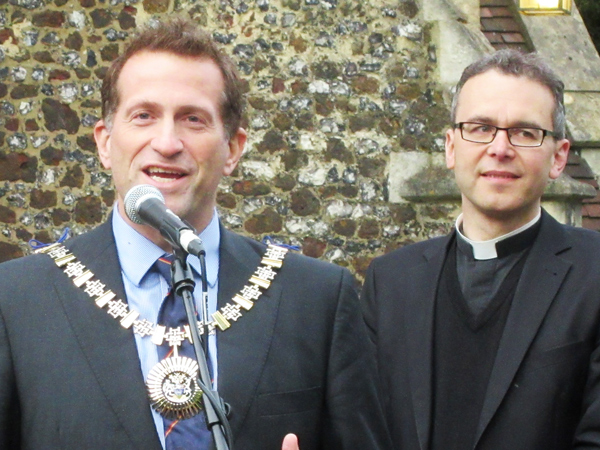 At precisely 7.30 p.m., after a short service conducted by the Rector Thomas Renz, a four-man team lit a paraffin-soaked faggot of hardwood that had been carefully lowered into the gibbet at the top of the tower.

Councillor Shooter, who was accompanied by his wife Melissa, praised Monken Hadley’s parishioners for organising the event.

He said the Queen had been a beacon for the Commonwealth and the whole world, and it was entirely appropriate to light a flame to commemorate the light that she had shone for the country. 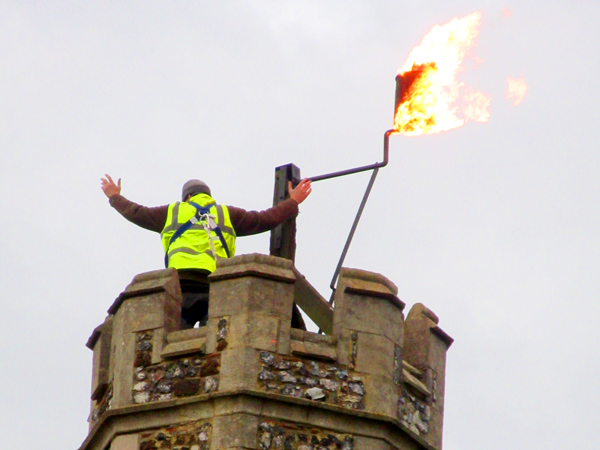 At Windsor Castle, the Queen lit the first of 900 beacons across the country. Other nearby beacons around north London included one at Highgate, another at the Frith Grange Scout site at Frith Lane, and one at St Albans.

Bill Morris who led the team responsible for the Monken Hadley beacon said their faggot of hardwood and pine had been soaked for days in paraffin so that it would burn well.

“The top of our tower at Monken Hadley is ideal for a beacon. We are the highest spot between London and York,” said Mr Morris – a claim disputed by the tower at the nearby parish church of St John the Baptist!