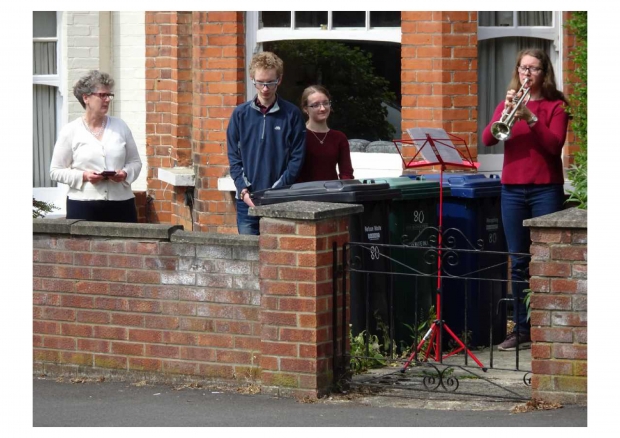 Neve Mayes,star trumpet player at Dame Alice Owen's School, marked the start and finish of the Victory in Europe Day two minute silence for residents in Fitzjohn Avenue, with her mother making sure the timings were correct. Ceremonies were held across High Barnet with Neve's teacher, trumpet player John Young marking the start of the silence in Byng Road.

Among the buildings decorated with flags and bunting for the 75th VE Day anniversary were the Eleanor Palmer almshouse in Wood Street.

Neve's mother, Sinead Mayes, announced the night before on the Fitzjohn Avenue WhatsApp group that he daughter would be playing the Last Post.

"Everyone in the road was keen to take part in the two-minute silence, and we know how important the 75th anniversary of VE day is, especially for elderly residents. 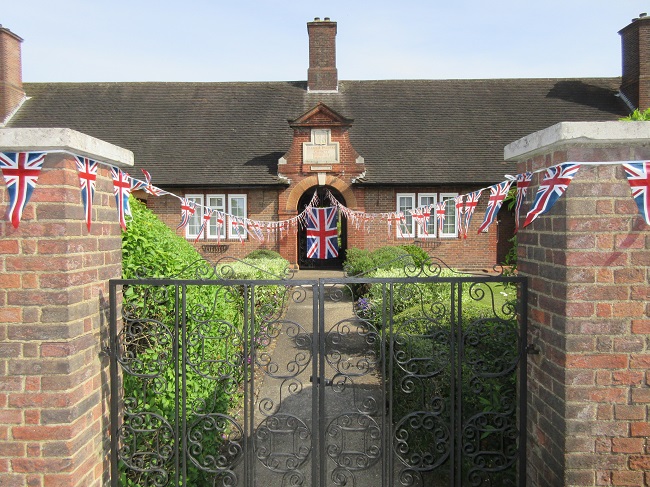 "I was helping Neve by checking the timings on my mobile phone. She played the Last Post and then the Reveille to mark the end of the silence. We were so pleased to see such an appreciative response."

Neve (17), who took up trumpet playing at the age of eight when a pupil at Christ Church Primary School, has passed all her grades and has been awarded an ARSM diploma.

Her teacher, John Young, a trumpet player at the Royal Academy, led the two-minute silence in Byng Road.

With Neve in the front garden of their home is her mother Sinead Mayes, her twin brother Matthew and her sister Cara (19).

Published in General News
More in this category: « Christ Church reaches out with prayer box Millie the Waitrose cat: unveiled at last »