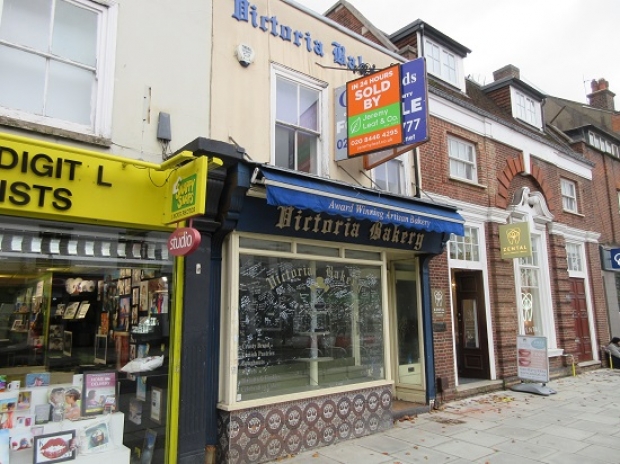 An application has been made for planning permission to build three flats on the site of the former Victoria Bakery in Barnet High Street -- the shop doorway that was said to have been the location where Charles Dickens imagined Oliver Twist meeting the Artful Dodger.

Objectors say the historic and literary importance of the shop doorway at 83 High Street should be respected.
They want the roof line to the front of the existing shop – which is to be retained and is within the High Barnet conservation area – to be preserved.

Dickens is thought to have had other associations with Barnet: he used to drink, so it was said, at the Red Lion, and Barnet Union Workhouse, now demolished, was believed to have been the basis for the workhouse in Oliver Twist, although some historians dispute this.
These literary connections are being recalled in the objections being made to an application that has been submitted by chartered surveyors Stuart Henley and Partners. 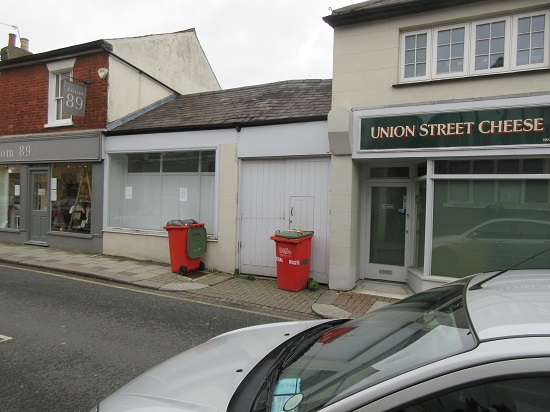 Rebuilding the former bakery and extending the rear of the shop – which ceased trading in September 2019 – would involve “raising the height” of the existing buildings, but the developers say their plans are “heavily based” on a previous planning application which was approved on appeal.
In approving that application, the planning inspector said the previous proposals for redeveloping the site were “an acceptable replacement of the bakery structure” and there was already “a variety of new infill development” along Union Street.
Although there was no off street parking within the latest proposed redevelopment, there would be five spaces for cycles and the planning inspector had agreed previously that on-site cycle racks would be acceptable for a car free development that prohibited future occupiers from applying for parking permits.

Stuart Henley and Partners considered their scheme would regenerate an underused area creating three residential units of “good size”, and an office and retail space creating a “multi-use development that would enhance the area”.
Several of the 12 objections registered on Barnet Council’s planning website stress the importance of the Victoria bakery to the history of Barnet and the fact that its shop doorway was immortalised in Oliver Twist, written by Dickens in 1837.

To strengthen their argument, the objectors quote from the novel:
“Oliver limped slowly into the little town of Barnet. The window-shutters were closed; the street was empty; not a soul had awakened to the business of the day. The sun was rising in all its splendid beauty; but the light only served to show the boy his own lonesomeness and desolation, as he sat, with bleeding feet and covered with dust, upon a door-step...
“He had been crouching on the step for some time: wondering at the great number of public-houses (every other house in Barnet was a tavern, large or small), gazing listlessly at the coaches as they passed through...
“...he was roused by observing that a boy, who had passed him carelessly some minutes before, had returned, and was now surveying him most earnestly from the opposite side of the way. He took little heed of this at first; but the boy remained in the same attitude of close observation so long that Oliver raised his head, and returned his steady look. Upon this, the boy crossed over; and walking close up to Oliver said. ‘Hullo, my covey! What’s the row?’...
“Assisting Oliver to rise, the young gentleman took him to an adjacent chandler’s shop, where he purchased a sufficiency of ready-dressed ham and a half-quartern loaf...
“...as he had a rather flightly and dissolute mode of conversing, and furthermore avowed that among his intimate friends he was better known by the soubriquet of ‘The Artful Dodger,’ Oliver concluded that, being of a dissipated and careless turn, the moral precepts of his benefactor had hitherto been thrown away upon him.”

One of the objectors’ main arguments is that any redevelopment of the former bakery should be more in keeping with the conservation area and the history of 83 High Street.
Objections by several nearby residents says they fear their homes in Union Street will be overlooked and that the new flats would lead to a loss of light in their properties.

Victoria Bakery closed in 2019 on the retirement of the proprietor, James Freeman, whose father took over the bakery in 1968.
Customers queued out into the street on the final day of trading at what had been a popular High Barnet institution for the previous 50 years.
Farewell messages were left on the shop window. “Where will the Artful Dodger meet Oliver now? Bye, Bye!” was just one of the postings that reflected the history of 83 High Street.

Published in Planning
More in this category: « Delay over TfL's plans for High Barnet tube station Another rebuff to gas works flats: Mayor of London says No »