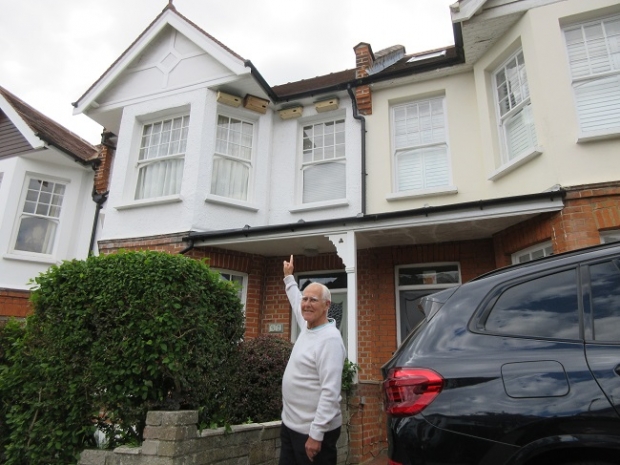 Nest boxes ready and waiting for summer visitors
Swifts have again been seen swooping and squealing high overhead in High Barnet -- aerial summer visitors that are an especially welcome sight in Fitzjohn Avenue where at least two pairs are thought to have chosen sites for nests.

Tim Friend saw the first swifts to arrive towards the end of the first week in May -- and he now has a row of four nest boxes just under the eaves of his house, ready and waiting for occupation.

So far swifts have been seen entering only one of his boxes, but another pair of birds do seem to thinking of nesting again under the eaves of another house a few doors away along Fitzjohn Avenue.

Mr Friend installed his first nest box in the summer of 2018 and a pair of swifts nested there last summer and raised two chicks. 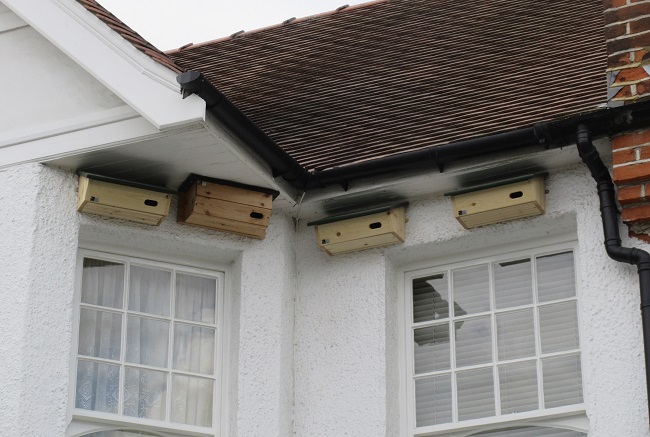 To help attract their attention to the nest box, he put a speaker on an upstairs window ledge and played recordings of the swifts' call -- the squealing sound that gives them their nickname "squealers" -- which can be downloaded from YouTube.

Spurred on by his success, he purchased another three nest boxes from the R.S.P.B and he hopes that in the coming weeks swifts swooping around will locate them and perhaps nest there next year if not this summer.

Cold northerly winds in mid-May may have delayed the arrival of some of the birds as Mr Friend has counted only seven or eight so far, well down on the two dozen that left High Barnet in early August last year.

"I have always been fascinated by swallows and swifts and the way they suddenly arrive, stay here for two or three months, and then go all the way back to Africa.

"We know that swifts are among the species at risk and i want to help them in any way I can -- and hope the four swift boxes under my eaves will be seen by other bird lovers and encourage them to follow my example.

"Nest boxes probably need to face east, perhaps north east. That way they get the sun first thing in the morning but don't get too hot in full sun."

Ornithologist David Martens, who has been monitoring High Barnet's swifts for some years, has been co-ordinating recent sightings through a Barnet Swifts WhatsApp.

So far, the largest sighting reported to him has been of around a dozen swifts above Manor Road but there have also been sightings of two or three birds in Sherrards Way and Cedar Lawn Avenue.

"It is great news that Tim Friend says a pair of swifts are already visiting one of his nest boxes."

He hopes that there will be many more sightings over the coming weeks -- and perhaps news of more nesting sites -- so that local ornithologists can again publicise their diminishing numbers during Swift Awareness Week from June 27 to July 5.

Published in General News
More in this category: « Millie the Waitrose cat: unveiled at last "Sneaky" move to re-route 384 bus »