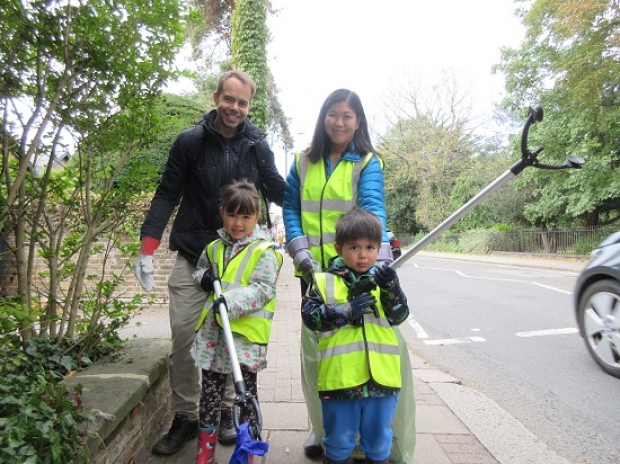 The Southern family with litter picking grabbers at the ready
Young and old joined in to help with High Barnet Green Beings' Sunday litter pick in and around the town centre.

Heaps of Barnet Council rubbish sacks, packed full of all manner of detritus, were piled up at strategic points, such as the Spires approach road and the Moxon Street car park – a testament to the day’s success.
Unlike previous litter picks, volunteers went out either singly or in small groups to preserve social distancing, but that did not hamper the community spirit, especially on Hadley Green and King George’s Field. 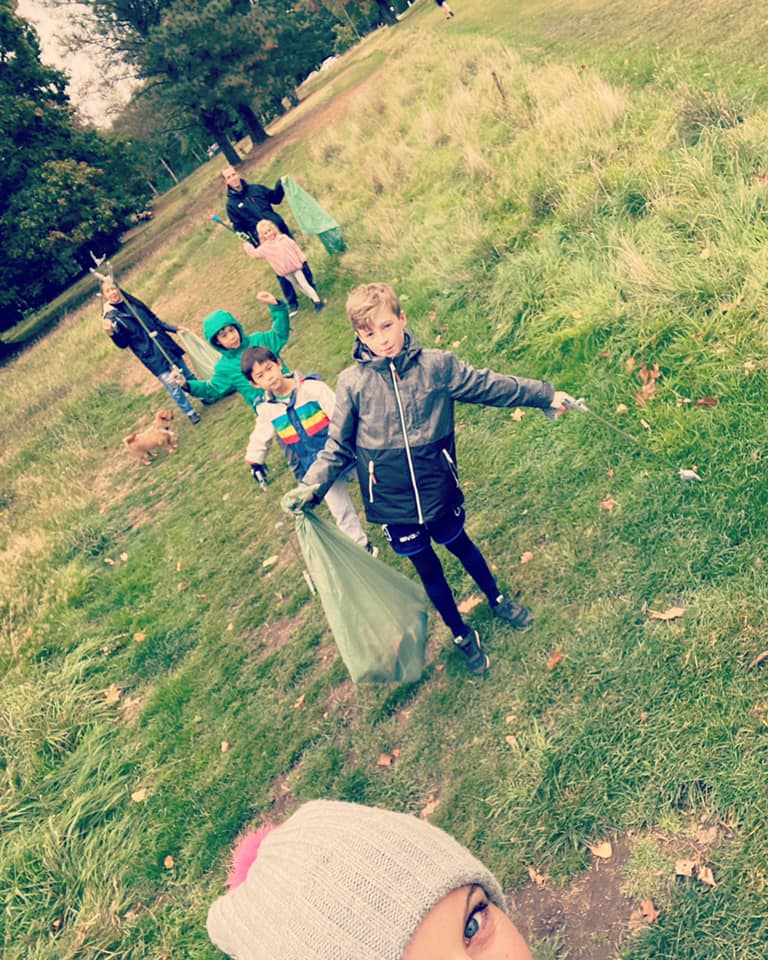 “It was great bumping into so many other groups out there. Thank you to everyone who took part. Community litter pick done!” said organiser Nanna Blomquist who went out litter picking with help from her family.

It was also a family affair for the Southern family – Paul and Jude and their daughter Isobel and Ethan – who started their litter pick in Wood Street where the pavements and verges need constant attention.

Isobel and Ethan took time to master the use of their litter-picking grabs but the reward for their efforts was a cup cake for every volunteer at the zero-waste High Street shop, Kronos and Rhea.
Proprietor Amanda Theodorou, whose shop sponsored the litter pick, was handing out supplies of grabs, thick gloves, high-viz vests (especially for children) and a heap of the all-important Barnet Council rubbish sacks.
She said it was a great opportunity to help the community – and as well as a cup cake, there were water refills. 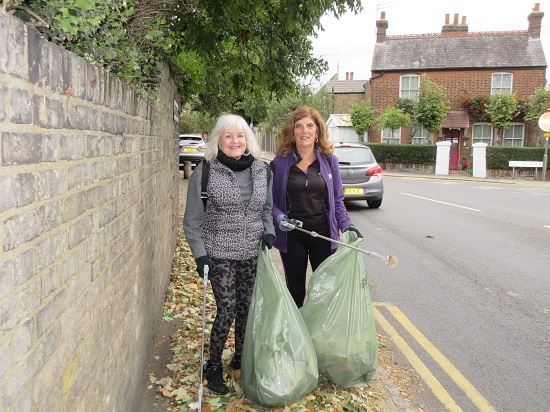 Another litter-strewn street was the target for Sandra Gallardo (left) and Christine Emin who were on their first-ever litter pick.
“We’re half-way along Stapylton Road already and we are really getting right into it. We’re off next to Manor Road and Mays Lane,” said Ms Gallardo. 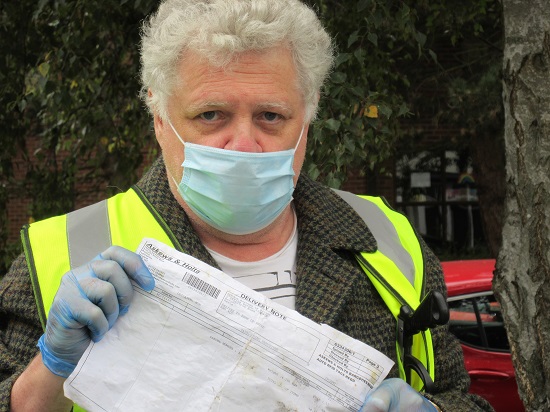 Stapylton Road car park was given a deep clean by Eamonn Rafferty, editor of the Barnet Society newsletter, who is a long-standing campaigner against the thoughtlessness that ends up with litter-strewn locations such as the car park, Chipping Barnet Library and the seating areas around the Spires entrance.
Among his “finds” littering the car park were a delivery note addressed to the library and packaging from an Amazon parcel from which the delivery address had been carefully removed.
“The library should be more careful with their litter. Their correspondence shouldn’t end up blowing around the car park. I’m just about the post off the delivery note to remind them of their social responsibilities.” 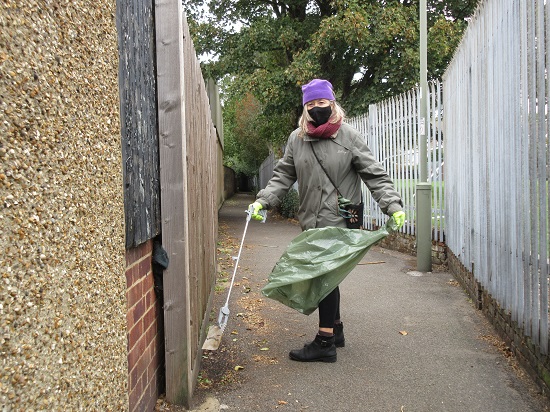 Another litter “hot spot” that was targeted was St Albans Road, especially the verges beyond the churchyard and Sunset View.
Heading in that direction was Carolyn Mead who began her clear up in Christ Church, the footway leading from St Albans Road to Hadley Green. 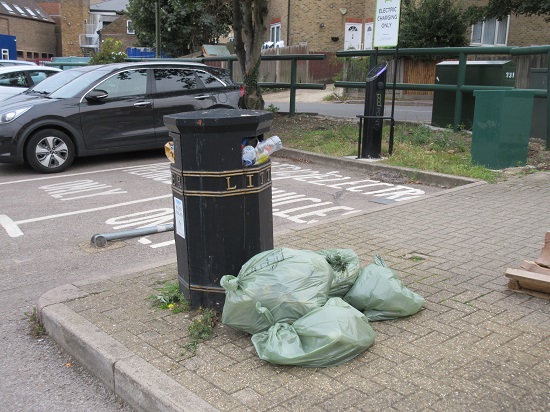 Ms Blomquist asked volunteers to share their photos of the litter pick on their Facebook page https://www.facebook.com/greenbeingshighbarnet/ which has details of the group’s work in High Barnet.